Prepare Your Cat for War with Medieval Feline Battle Armor

If you’re a cat parent, you’ve probably worried at some time or other that your precious kitty is going to get into a nasty altercation with a neighborhood stray, or even the friendly cat next door who likes to wrestle. And hey, those concerns are legitimate; it’s a scary universe out there. In fact, there’s an artist called Jwall, of Print That Thing, who felt so strongly about his cat Bobo’s safety that he took it upon himself to design 3D printed medieval feline battle armor! Watch the video; it’s 100% badass.

We’re talking ultimate protection here, Bobo is prepared to go into battle with any gnarly creature he meets on the streets. There’s even a hole in the back for the leash, so you can walk your cat while it’s wearing the gear. My favorite part is that Jwall is recruiting someone to design a helmet to make the outfit complete. So if you have a rockin’ idea, send your design to these socials. 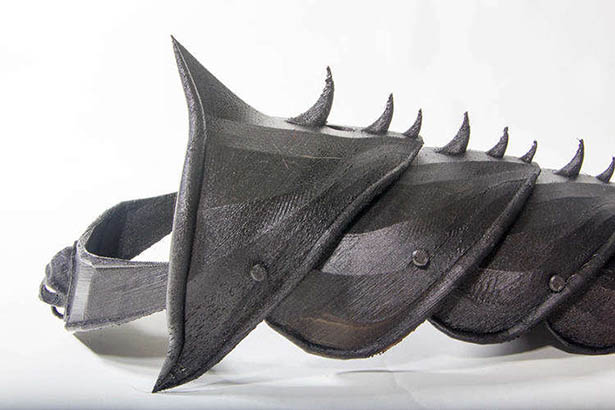 Check out the 3D printable models for this armor here, and don’t forget Jwall’s other 3D printing video’s. This guy is making rad things happen, and having a hell of a time.

Share your reaction to this awesome cat battle armor in the comments below, you know it’s the best thing you’ve seen all day.