In March, Yale University opted to make freely available virtual access to one of its most popular courses: Psychology and the Good Life, known affectionately by Yale students (and now the general public) as the “happiness class.” Taught by Professor of Psychology Laurie Santos, the course encourages students to take a personality quiz of sorts (available here) that identifies both your greatest strengths and those you could further stand to hone from a list of 24—traits included vary from kindness to humor to appreciation of beauty to prudence, among others.

And all that’s well and good and probably pretty helpful on the road to self-betterment, but it doesn’t tell you whether you’re more of a Brienne of Tarth or a Seymour Skinner or a Nymphadora Tonks. These are the sort of results some of us are really looking for, and these are the sort of results we can find by way of the Open-Source Psychometrics Project’s “Which Character” Personality Quiz.

The quiz takes form as a series of questions regarding where you fall on a spectrum between two binaries. For example:

Before beginning, you may choose between a quiz consisting of 14, 28, or 121 questions like the one above.

Over the years, we’ve all enjoyed many a quiz of the sort, mostly thanks to early 2010s BuzzFeed. But what distinguishes this latest endeavor from most is that it doesn’t limit its reference points to a single piece of pop culture. Open-Source Psychometrics Project’s database presently includes more than 450 pop culture characters spanning 28 franchises, some more curious than others: Friends; Game of Thrones; Harry Potter; The Office; The West Wing; Pride and Prejudice; Avatar: The Last Airbender; LOST; Star Trek: Deep Space Nine; the Marvel Cinematic Universe; The Simpsons; Star Wars; That ’70s Show; Grey’s Anatomy; Breaking Bad; The Lord of the Rings; Downton Abbey; The Big Bang Theory; Parks and Recreation; Firefly; True Detective; Community; The Walking Dead; The Hunger Games; Fight Club; Sex and the City; Dexter; and The Wire. 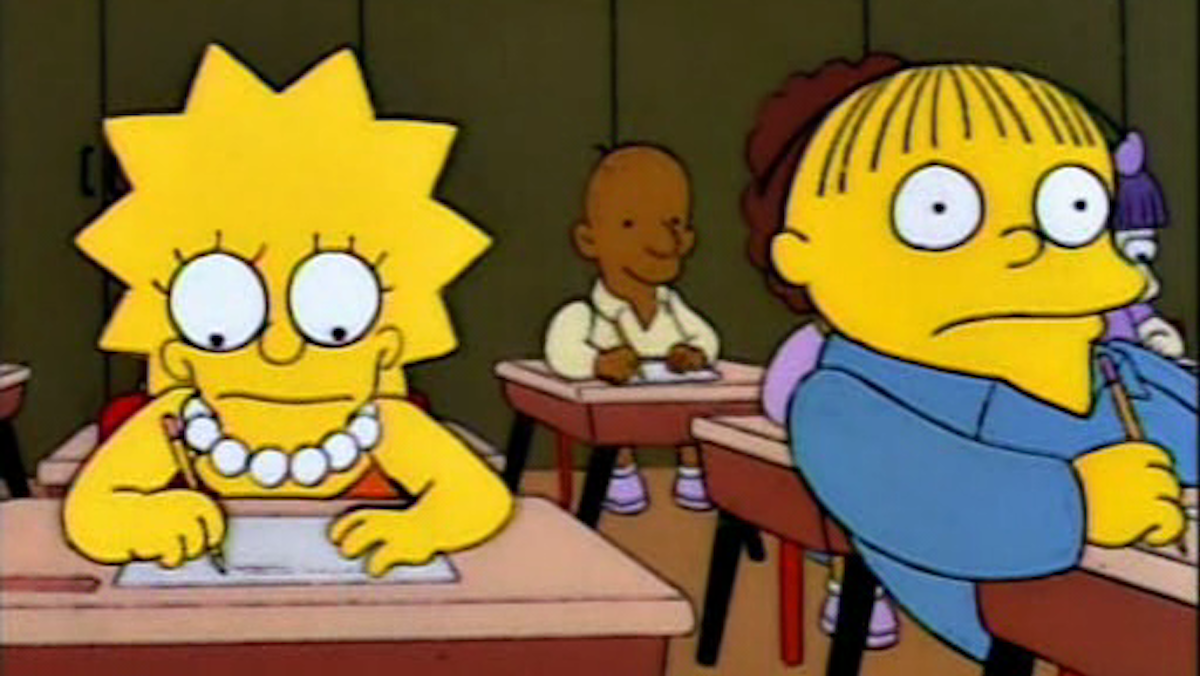 Based on either Pearson’s correlation coefficient or mean absolute difference, if that means anything to you, the quiz will present a complete list of characters in its database in descending order of your personal alikeness therewith, with corresponding percentages to boot. For instance, after I took the 28-question version of the test, my top three were Abed from Community (an 85% match based on the Pearson’s algorithm), Lisa Simpson (82%), and Chandler Bing (81%); at the very bottom of the 461-character list were Boromir, Marty Hart from True Detective, and Herc from The Wire (all 26%).

So what does this say about me? Well… clearly… it, uh… you know, maybe I’d better take that Yale quiz after all.