Warning: mild spoilers for Solo: A Star Wars Story are included in this article.

Games that tie into big movie releases are nothing new. Fans love the worlds of their fandom and want to experience them on their tabletops, on their consoles or their computers. A new Star Wars release often heralds a fresh batch of Monopoly and other branded releases, but for Solo: A Star Wars Story, a small game came out in the flood of merchandise that many fans have been waiting to play in the real world for years. 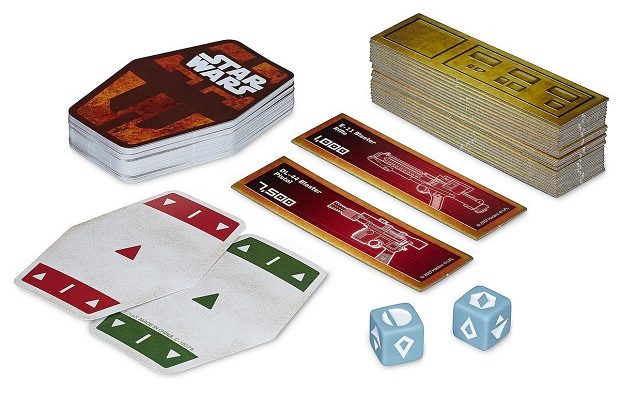 The Han Solo Card Game mimics the game that Han Solo and Lando Calrissian play over the ownership of the Millennium Falcon. The card game mechanics are pretty simple. Players have cards in their hand with a negative value and a positive value in the hands. The held cards run the risk of being changed from a randomizing element, which encourages players to bet, bluff and lock in their values as soon as possible. The winning hand is the one closest to the pre-set value. Many Star Wars fans will recognize these as the rules of sabacc, the card game that legendarily became the one that put the Falcon into the hands of everyone’s favorite smuggler. The rules to play the game come directly from an unusual source in the Legends continuity; the  Star Wars Roleplaying Game module Crisis in Cloud City, released in 1989. 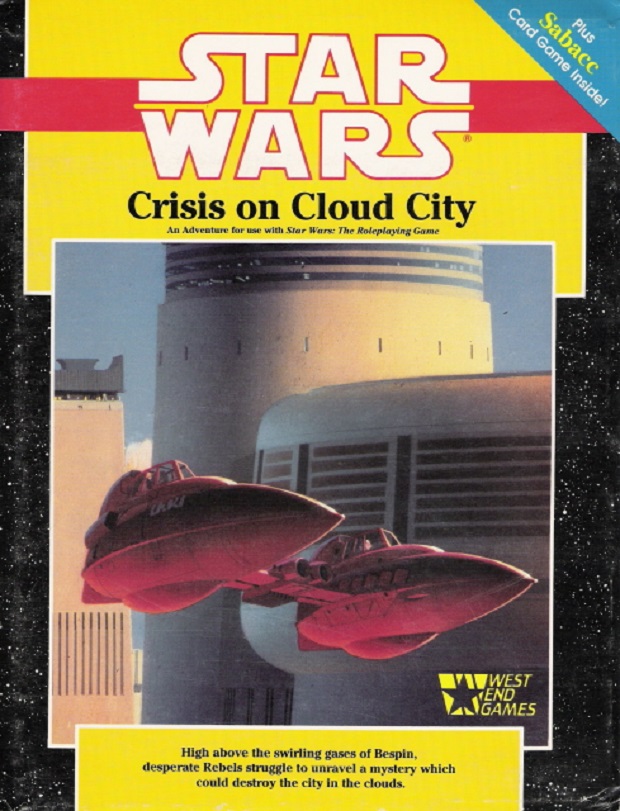 Sabacc as a game existed before it showed up in the role-playing game. The name likely comes from an earlier draft of The Empire Strikes Back screenplay where Han mentions “sabacca” as the name of the game where he won the ship from Lando. Sabacc was used in L Neil Smith’s novel Lando Calrissian and the Mindharp of Sharu published in 1983. The Lando novels primarily use the game as something in the background for Lando to do while he’s smooth-talking people out of their money with a few mentions of different hands and plays for color. When West End Games decided to publish a scenario set on Cloud City, they wanted to feature a scene set in its luxurious casino to allow the players a chance to match wits with the legendary gambler.

The module came with a small deck of cards that could be punched out and played with instead of settling the matter with some skill rolls. This sabacc deck featured four suits and face cards that mirrored the major arcana of the real world Tarot deck. The game plays like blackjack with a hint of poker. Black suited cards subtract their value from the player’s total while red-suited cards add to the total. The goal is to get closest to a 23 of either a positive or negative value. The top hand, the Idiot’s Array, is holding the fool (worth zero), a two and a three. These rules were used in later appearances by the game in licensed books and game, even going so far as to give Lando a ship called The Idiot’s Array. 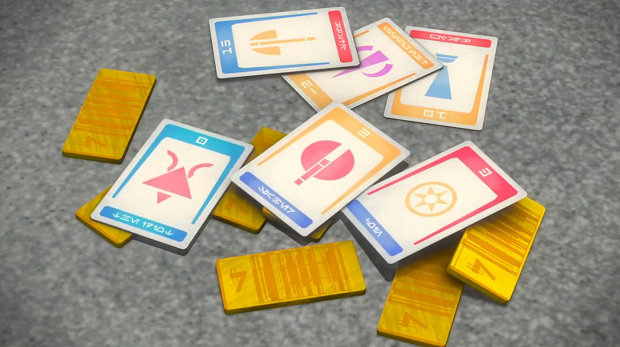 The deck and game rules have made this module a prized collectible on the secondary market. Fan made print and play versions of the game can be found via a quick web search, including one modeled after a deck featured in the still-canon Star Wars Rebels animated series. The episode even features Lando winning a hand of sabacc against Zeb with an Idiot’s Array.

The Han Solo Card Game works a little differently than the sabacc played by Lando. There are no face cards, the goal is to get as close to zero as possible to win, and the cards are randomized by a pair of dice rather than an internal electronic chip. For that matter, the film’s version seems to play differently, but it doesn’t really go into specifics during card game scenes. It’s easy to assume that there are different variations of sabacc in the Star Wars universe, much like how our world has poker with different versions like Texas Hold ‘Em, Five Card Draw and so on. Regardless of the rules fans might use, there are several ways to bring a game that originated in that galaxy far, far away right her to tabletops on Earth. Just remember that old gambler’s wisdom; if you look around the table and can’t see the moof milker, you’re it.