This month marks the fiftieth anniversary of one of the greatest science fiction franchises ever to hit the big screen: Planet of the Apes. The movie came out on April 3, 1968. An instant sensation, the movie spawned four sequels, a live-action and an animated series, a big budget remake from Tim Burton (that is perhaps best forgotten), and a more recent reboot trilogy that was truly transcendent. And now, Mondo has the best way to celebrate fifty years of those damn dirty apes with a new set of Planet of the Apes tiki mugs featuring the legendary Lawgiver from the original films.

The Lawgiver was the orangutan prophet/deity seen in the Planet of the Apes films in statue form; he was played by John Huston in the final Apes movie from the ’70s. The handcrafted tiki mug of the Lawgiver will hold approximately 18 ounces of your favorite drink, tiki-themed or otherwise. It will be available in four glazeways (Regular Sandstone, Liberty, Bone, and Bloody) starting on April 18 at 11AM CT on Mondo’s website. A fifth version (featuring the Alamo Drafthouse Brown Glaze) will be available at a later date. Each of these mugs is handmade, so slight variations from images shown may occur. Head to the gallery below to see more photos of each finish.

What do you think of these amazingly cool tiki mugs? Will you be ordering any? Let us know in the comments.

More to chew on! 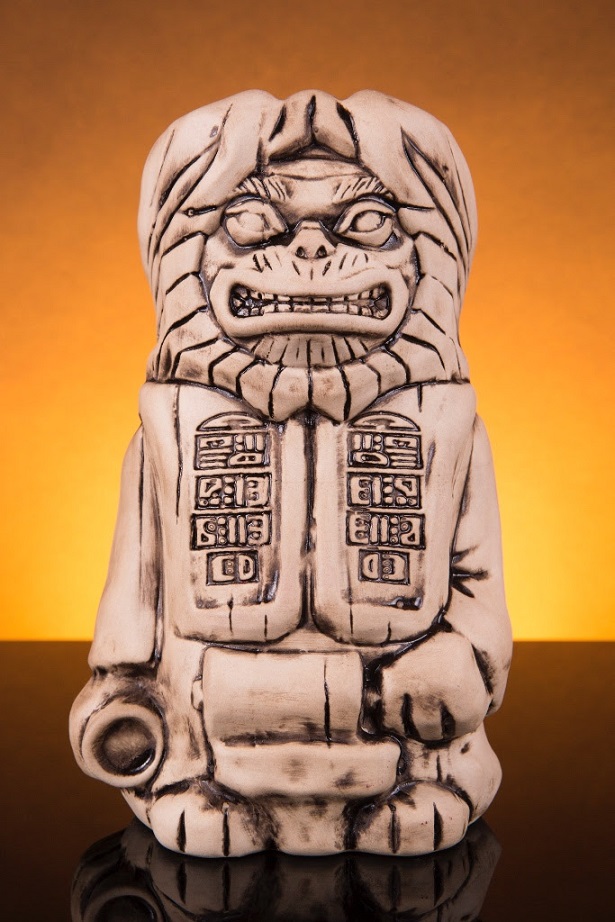