Planeswalker Who's Who: These Aren't The "Heroes" of Magic: The Gathering - Nerdist

Planeswalker Who’s Who: These Aren’t The “Heroes” of Magic: The Gathering

Good characters require them to be relatable while often times existing in a gray area of morality. It can be argued that even some members of the Gatewatch aren’t necessarily good and I would be in the front of that argument screaming. The following Planeswalkers fall into the camp of being off the “good” part of the alignment spectrum. They may be evil, hard to understand, or just follow their own goals and that’s cool. It’s why we often gravitate towards villains and otherwise. They make heroes interesting. 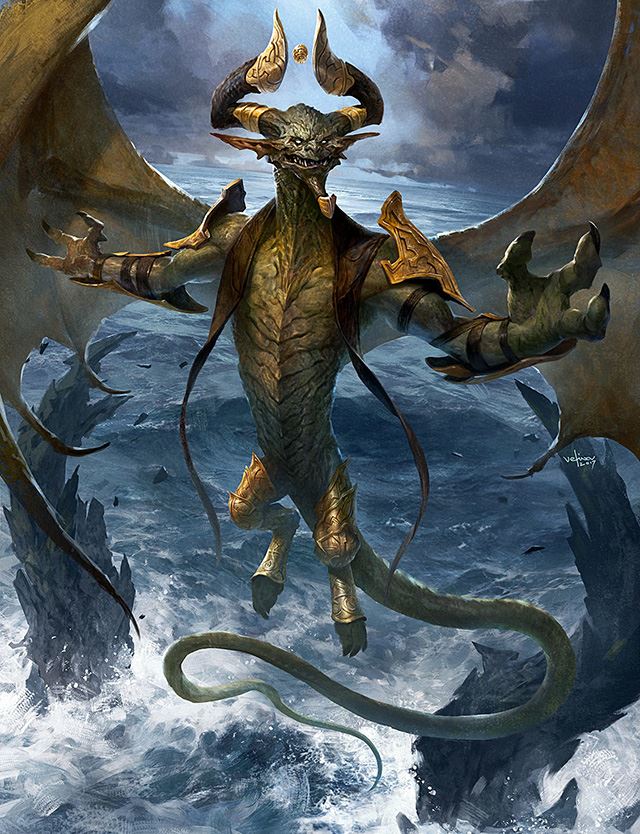 The big bad. His touch alone shatters minds. He’s been able to stop time mages, lived longer than any other known planeswalker, and is completely monstrous. Nicol Bolas was born twinned to Ugin, the Spirit Dragon, and in his early days decided the multiverse was full of “Hunters and the Hunted.” As his maliciousness grew and wars raged, Ugin and another sought to keep him trapped. It was then he traveled to Tarkir to thwart this plan through the hatred some denizens held for dragons. In the original timeline, Bolas won this duel with Ugin and killed him, but as time-shifted due to Sarkhan Vol, Bolas was unaware that Ugin truly lived.

He built an entire plane to build themselves up to peak physical condition and kill each other off to build a perfect, immortal zombie army on the plane of Amonkhet. He manipulated the shards of Alara to try and regain his power as they came together. Upon Amonkhet, he simply decimated the Gatewatch utterly and without hope for their victory. Next, likely is the plane of Ravnica in Bolas’ domination of the multiverse. 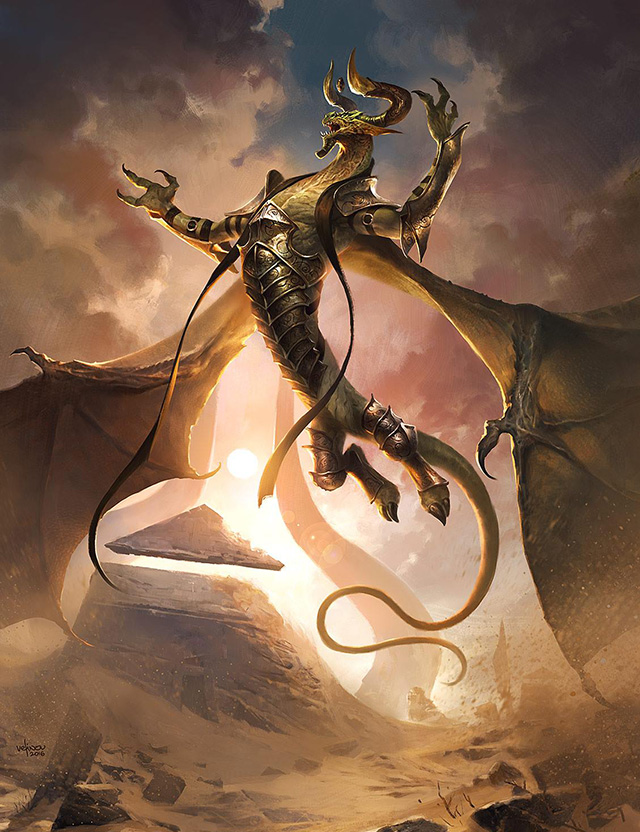 Simply, Nicol Bolas is a creature beyond our human understanding. His motivations and desires are his own, but they align with power and ultimate domination. He hates the fact that the mending of the planes stripped him of centuries worth of power. He’s kicked Tezzeret down time and time again and made him a puppet. He breaks the minds of those around him with a simple touch and bends them to his will or raises their corpses to serve him. No matter the end, he’s the bad guy. Even if it were a Doctor Doom-like scenario where things would be better with him in charge, he has done so many terrible things they are too numerous to count. 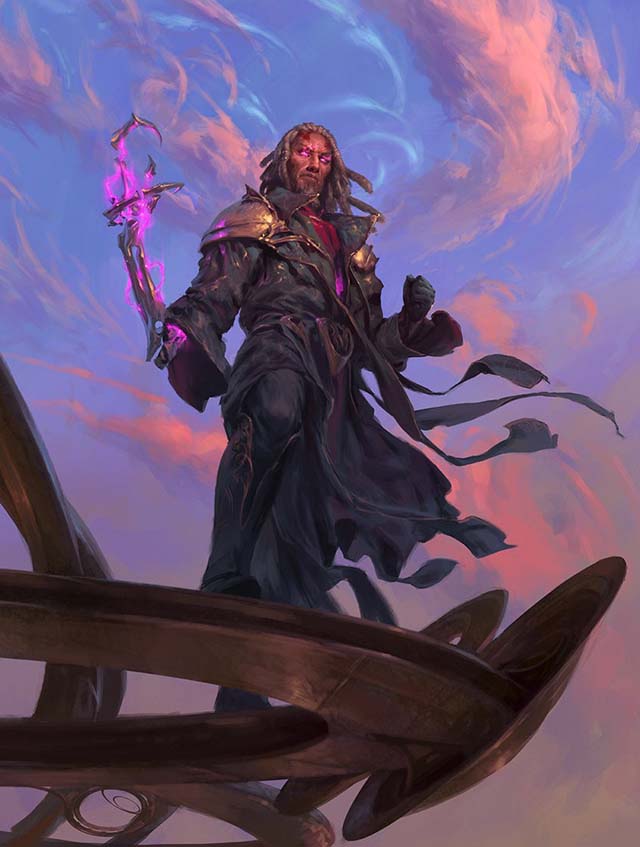 Tezzeret is from Alara, focusing his gifts on artifacts and the use of metal. He is driven by his own desire for power and knowledge, but has a terrible temper and is utterly poor at managing those in his employ. Born to scrappers, his mother died when he was young and through his gift of finding metal his father grew lazy selling Tezzeret’s findings. This allowed Tezzeret to become a thief. As he rose in the ranks of gangs, he wished to join a more prestigious order, but such dreams were dashed and he was called substandard. Through this he found Bolas, taking a deal of power for servitude. He attempted to build his own power within Bolas’ structure but was easily brushed aside by Bolas’ deeper foresight. He was kept around by Bolas for potentially further use which was seen on Kaladesh. 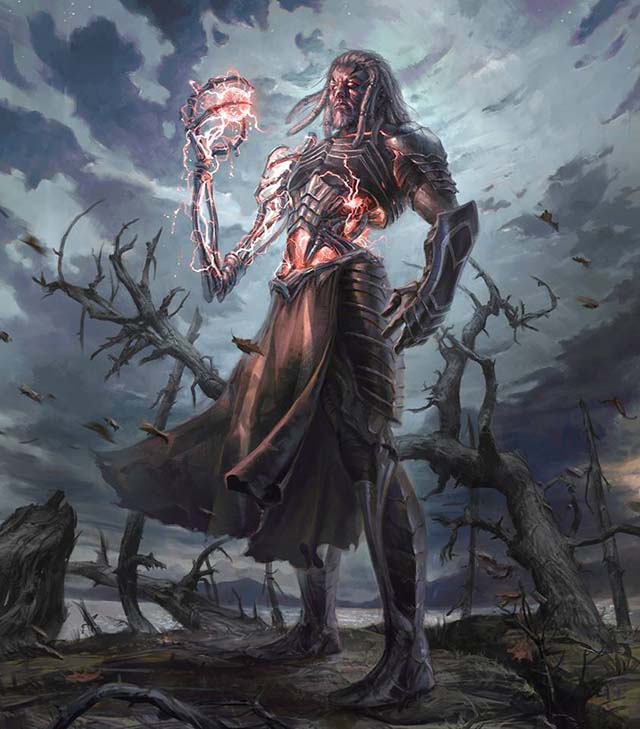 All he wanted was to be respected and worth something, given his origins. Every time he tried it just kept getting snatched away and he got kicked down. That is brutal for anyone, but he never stopped. If anything, there is something to be said for the tenacity in which Tezzeret pursues his goals, but he is by no means good. Everything he does is motivated by greed, anger, and a sense of being better than others. Truly, he has been punished for his hubris. 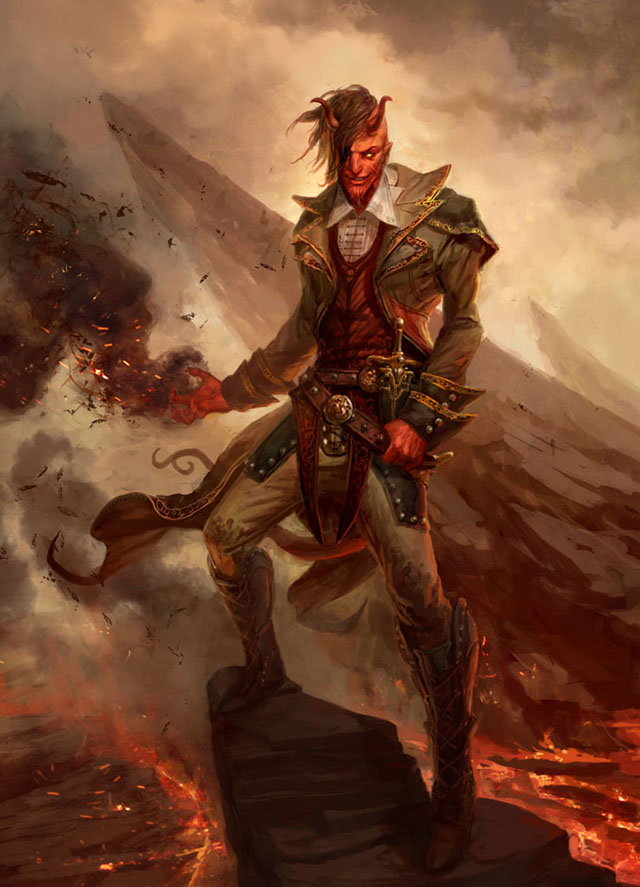 Tibalt is another Planeswalker from Innistrad that started as an apprentice to the stitchers, but had no knack for it. He decided to change his focus from building the dead to testing the limits of living pain. Like many a serial killer, he started with vermin and worked his way up to people by snatching up vagrants. As if drawn by the evil, devils became attracted to his lab and sought to assist him. As he became besieged by executions, he utilized a spell to merge the devils with himself, but in doing so suffered all he inflicted upon others. This pain ignited his spark and he was hurled away as one often is. Tibalt continued to return to Innistrad to torture but was finally bested by Sorin during the Eldrazi incursion.

Tibalt is just a bad dude. It’s not just a matter of pursuing his own ends, but he just likes hurting people and he started by torturing animals. If that’s the kind of companion you want, well, that’s on you. Tibalt is definitely not the kind of person I want palling around with me. 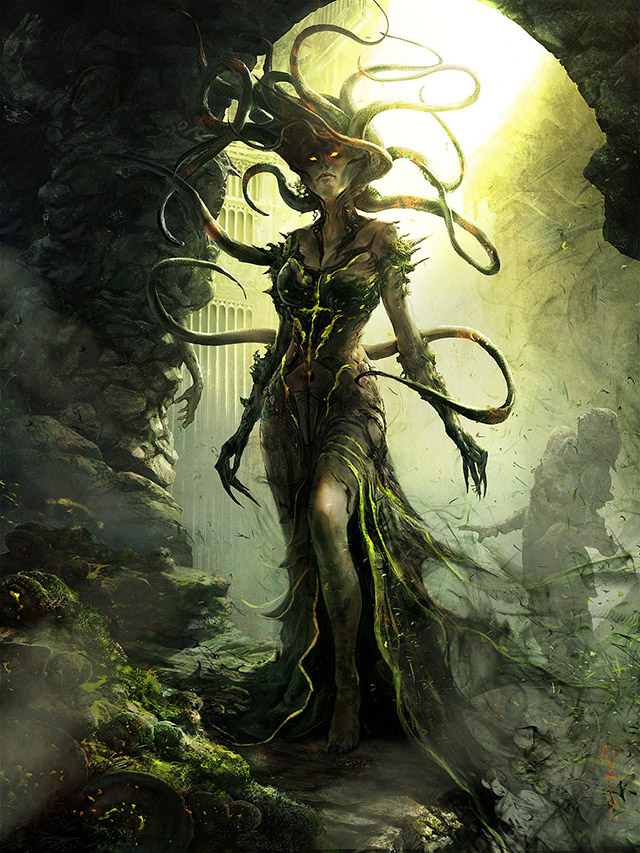 A member of oppressed society, Vraska was a Gorgon of the plane Ravnica. Having been arrested due to another guild writ as did any members of her guild, the guard there grew anxious and violent. They turned their attention to Vraska and beat her near to death before her spark ignited and she jumped away. In taking time to hone her skills and grow stronger, she returned to Ravnica an assassin while seeking out vengeance between jobs. Through this, she attempted to pull Jace under her command, but unfortunately failed and was unable to return to the shadows. In time, she was extended an invitation by Nicol Bolas to become the Guildleader of the Golgari if she worked for him. She traveled to Ixalan only to find an amnesiac Jace and their relationship changed. Once adversarial, she began to fall for Jace through respect and attraction. As his memories returned, she feared their feud would begin again, but instead Jace forgave her. Here, they confronted a legend of their own plane as Jace saved them. She completed her task for Bolas and returned to kill the previous leader.

Vraska is dope. She’s strong, rose up, and does what she needs to get done especially to help her people. Her methods, however, are often violent and dangerous. That alone doesn’t make her bad, but she doesn’t actively search to do the good things in life. She follows her own motivations no matter the cost. 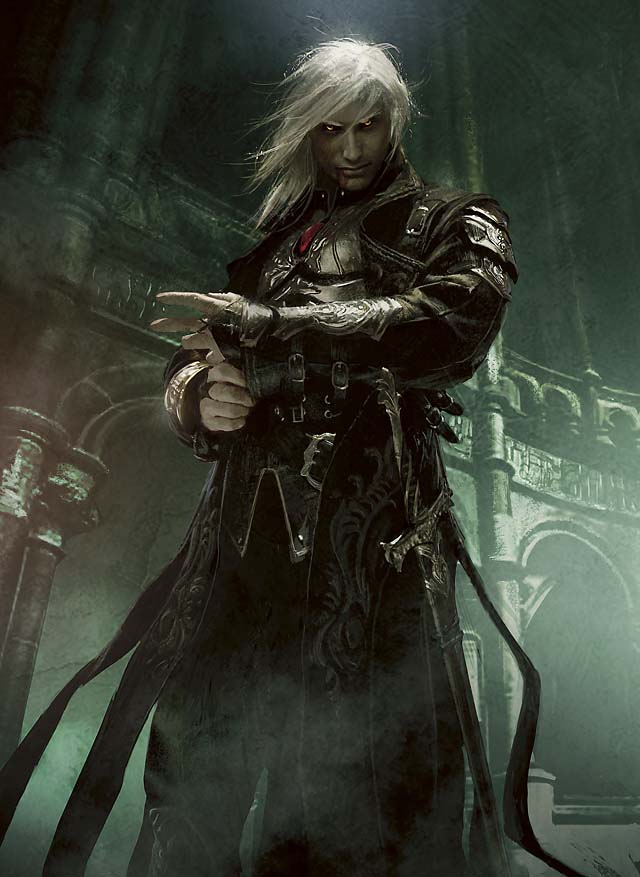 Sorin is among the oldest Planeswalkers among the ranks of Nicol Bolas and Ugin. He also has spent his time following his own pursuits and being lord of Innistrad. While definitely a hedonist, he would be considered far more Lawful Neutral in his efforts. He helped imprison the Eldrazi on Zendikar, created the angel Avacyn to prevent Vampires and Werewolves from causing humans to go extinct on Innistrad, and even sought out Ugin when he did not return to Zendikar to help deal with the Eldrazi. He doesn’t have to do good things, but he definitely has the capacity for it when it aligns with his own interests.

As corruption spread through Innistrad, Sorin had to make the final choice of unmaking Avacyn as she had become corrupted and fell into madness. In doing so, Emrakul was able to infiltrate and infest the plane. Sadly, realizing what Nahiri had come to do on his plane, he lost the fight against her and was left to his fate encased in stone with the vampire Countess Olivia Voldaren proclaiming herself lord of Innistrad. Now, Sorin sits trapped in stone unable to watch over the plane he cared for so much because of the decisions he made. 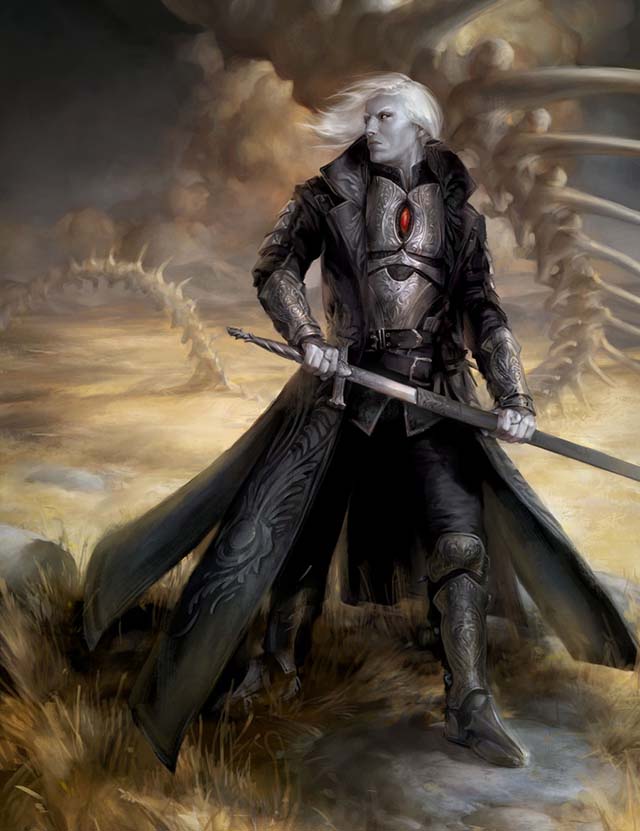 Who’s your favorite antagonist? Tell us in the comments!