Plane Shift To Kaladesh and Bring Back New D&D Races, Items And Monsters

Critical Role is our D&D show where each week a talented group of voice actors adventures in a realm created by GM Matt Mercer. Join the new adventure starting January 11th at 7 PM PT on Geek & Sundry’s Twitch and on Alpha.

Dungeons & Dragons players and Dungeon Masters seem to always be on the lookout for new material. Fifth Edition’s release schedule has kept both groups hungry, but 2017 was something of a banner year for the game. Not only was Tomb of Annihilation a critical hit with fans, Xanathar’s Guide to Everything became one of the best selling D&D books of the entire line. Wizards of the Coast hasn’t tipped their hand for 2018, but anyone looking for new material to chew might want to check out the other game that made the company’s name.

Tucked away on the Wizards of the Coast website is a series of Plane Shift articles featuring worlds from the Magic: The Gathering that offer setting details and game statistics for Fifth Edition. The articles are written by James Wyatt, a longtime Wizards employee who worked on D&D for over a decade before moving over to Magic in 2014. Wyatt also writes the text for the series of Art of Magic: The Gathering that take much more in-depth looks at the settings revealed in each set.  The articles still have enough of a primer to get started and also offer plenty of material that can be used in homebrew settings. In this article, we look at Kaladesh, a steampunk setting influenced by the Middle East and India where almost anyone can create wondrous devices. 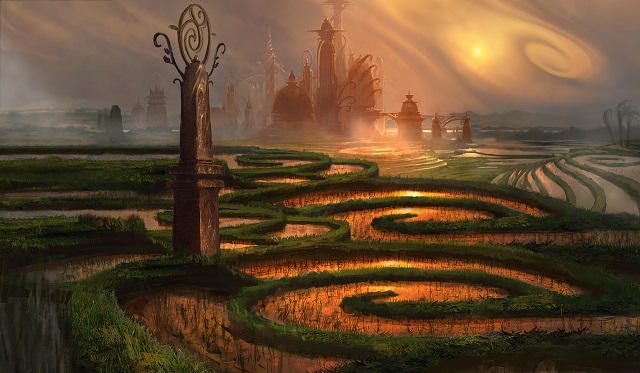 The central city of Ghirapur is full of clockwork buildings and other amazing devices. The city is run by the Consulate, a bureaucracy of elders, nobles and inventors who wish to harvest the magical energy called the aether in an orderly manner. Renegades opposed to the Consulate believe that the aether should be free for everyone to take, experiment and risk. The conflict over this resource conflict provides the setting with a central tension. It also removes or rarifies many of the specialized magical classes, like clerics, wizards and warlocks. The Consulate hunts down anyone that manifests magical ability, but the widespread use of aether powered devices means anyone has access to the same magical effects at the push of a button or flip of a switch. A deeper look at Kaladesh can be found in The Art of Magic:The Gathering—Kaladesh, which reads like a systemless setting book.

For those tables not looking to visit Kaladesh, there’s still a lot of material to use. The crafting use could be used for characters who want to make their own magic items, complete with suggested feats for characters who want to make such items. There are some dwarf, elf and human variants to give those races different flavors as well as two new races that could easily be integrated into a campaign world. The Aetherborn are living creatures made from the aether. They have a lot in common with the aasimar mechanically, but offer a slightly spookier edge with proficiency in Intimidate and necrotic damage resistance. They could easily be reskinned as revenants or other “back from the dead” type characters. The Vedalken are blue-skinned geniuses that are masters of aether tinkering. Building these devices could be their focus in a different world, or they could also be famed for their championing of exploration and factual discovery over the easier paths of magic. 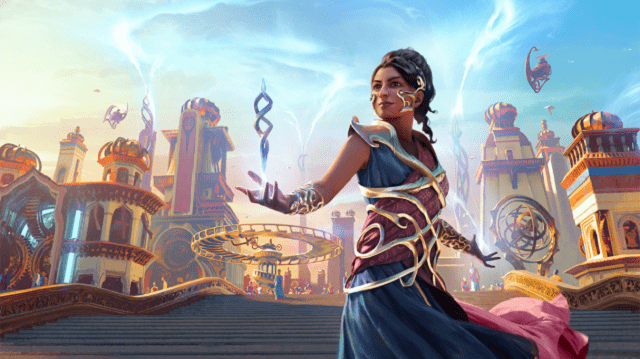 There are currently four Plane Shift articles available; Zendikar, Innistrad, Kaladesh and Amonkhet. There’s also an Ixalan adventure available for download right now with a Plane Shift article coming out soon to celebrate the release of the corresponding art book. Whether these articles inspire an epic Planeswalker campaign or just offer something different to flavor a new character, they are worth seeking out for any fan of Dungeons & Dragons Fifth Edition.

Have you adapted rules from different settings into your D&D campaign? Tell us about it in the comments!