One of the most enjoyable aspects of Star Trek: Picard is watching the retired Starfleet captain reunite with familiar faces. The first season enlisted Star Trek veterans Brent Spiner, Jeri Ryan, Jonathan Del Arco, Marina Sirtis, and Jonathan Frakes. And from the looks of things, season two won’t buck the trend. The first trailer for the upcoming chapter sets Jean-Luc Picard face to face with an old friend. (Well, friend may not be the best choice of words.)

It was revealed in April that John de Lancie would reprise the role of Q on Star Trek: Picard. This should delight fans of the character’s colorful rapport with Jean-Luc à la TNG. However, the more severe tenor of Picard doesn’t promise as much room for… well, this kind of stuff:

But surely the inclusion of the all-powerful Q will open up a wide array of existential possibilities for Picard. When we see him at the beginning of the trailer, he already seems submerged in a state of turmoil. Surely a visit from a space-and-time-bending alien with a penchant for mayhem will fix things right up.

We don’t know exactly what Q has planned for his visit with Jean-Luc. But from the looks of things, it’ll be a harried affair. de Lancie’s chilling voiceover welcomes Picard to “the very end of the road not taken,” over shots promising doom. Picard’s cast of characters assemble to, as he puts it, “save the future” from a rift in time. And nobody looks terribly comfortable in the state of affairs. Least of all Seven of Nine. 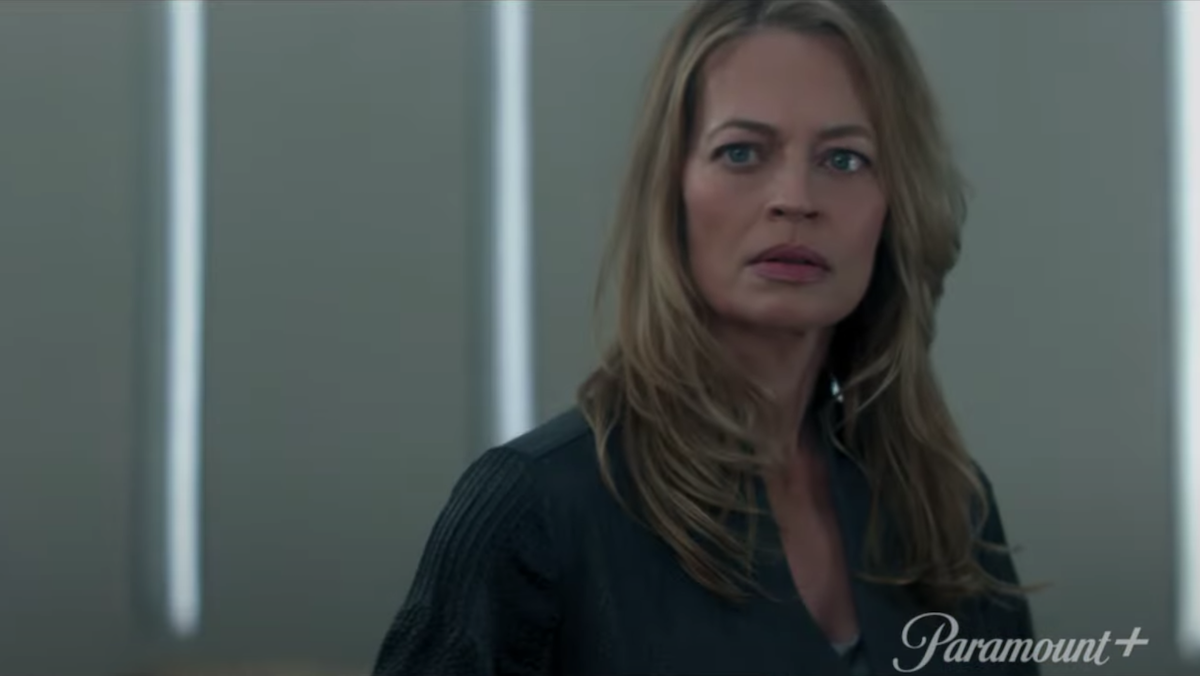 At the end of the trailer, she awakens to discover the Borg implants missing from her face. The how, why, when, and who of this matter will surely all be answered in Picard’s second season. And we’re excited to find out some answers.