10 Essential Episodes of THE ADVENTURES OF PETE AND PETE - Nerdist

10 Essential Episodes of THE ADVENTURES OF PETE AND PETE

The Adventures of Pete and Pete, Nickelodeon’s surreal, absurdist, hilarious series about two brothers with the same name, remains one of the best and most original children’s shows ever. The series featured a strange cast of characters (which included the strongest man… in the world! Plus a metal plate and a tattoo), famous celebrity cameos, and stories that explored the often confusing, sometimes exciting, frequently terrifying world of being a kid. Tales ranged from seemingly mundane to seemingly insane, with boundless energy and fearlessness, and also a lot of heart.The only thing more amazing than how old the show is now (those of us who grew up loving it are now closer in age to Dad than we are to the Petes) is that it was so far ahead of its time in the early ’90s that it still feels cutting edge. To celebrate its twenty-fifth anniversary, here are ten essential episodes that capture everything that made The Adventures of Pete and Pete great.

Note: The Petes first appeared in 1989 in a series of minute-long shorts. Season one didn’t debut until November 28, 1993, making this year the twenty-fifth anniversary of the TV series’ official start. However, we’re celebrating the best episodes of the entire run, and that includes the five specials that aired in 1991 and 1992. Complicated? No, not really. We just found a great excuse to celebrate one of our all-time favorite shows.

“What We Did On Our Summer Vacation”

This might be the essential episode of the series, because it captures everything we loved about the show. It’s about the best thing in the world when you are a kid during the summer and also the worst summer ending. It features Pete, Pete, and Ellen trying to befriend the mysterious ice cream man Mr. Tastee, who then goes missing. It’s nostalgic while also being hopeful. It also features an amazing cameo by R.E.M.’s Michael Stipe, playing a fellow ice cream salesman, as well as one of the all-time great Dad moments, when he finds an entire car buried in the sand at the beach. A heartfelt, weird, and uniquely compelling story that also ranks among one of the most memorable of our childhood.

One of the best recurring themes of the show was the frustration of being a kid in a world run by grownups, and this episode is all about the single most maddening problem all children face: bedtime. Determined to take down the International Adult Conspiracy that runs the world, Little Pete and his friends decide to try and stay awake for 11 days to take control over the situation. It’s every kid’s dream to stay up late and show your parents they don’t know everything, and Pete let us live it out through him.

Pete and Pete often focused on the idea of savoring moments and experiences, and no episode better exemplifies that than the one where Little Pete discovers his favorite song ever. However, when he can’t find a hard copy of it anywhere, he begins to lose the song little by little, despite his many attempts at recreating it. After playing other peoples’ favorite tracks, his memory of his song gets down to a single note. All about wanting to hold on to the things we find special, the episode is wistful, melancholy but hopeful, and touching, all while being very weird.

The show built an amazing world populated by memorable characters, and that allowed them to do big, citywide stories that touched upon all of Wellsville. Among the best was the story of the ringing telephone, which for 27 years drove the citizens of the town insane, especially during the hot, relentless summer months. As old Pete searches for the call’s intended target, young Pete sets out on a daring mission to pick it up and end the torture. It’s silly and mysterious, but still manages to end in a touching moment about regret, love, and hope. 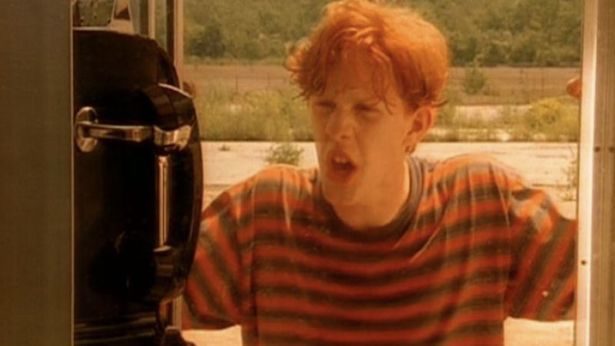 Big Pete decides it’s time to determine if he and his friend Ellen should date. He even turns to one of the show’s best villains, Endless Mike (who later on gets his comeuppance from Little Pete), for help. When the date is a total disaster, Big Pete uses the extra hour “time warp” created by Daylight Savings in the fall to undo the date and fix their relationship. The episode’s themes include regret, friendship, love, getting older, nostalgia, and moving forward. Topped off by a moving speech from Little Pete, it’s pretty hefty stuff for a 22-minute kid’s show. But that was a staple of the series and why it was so beloved; it treated its young audience with respect and took their experiences seriously. 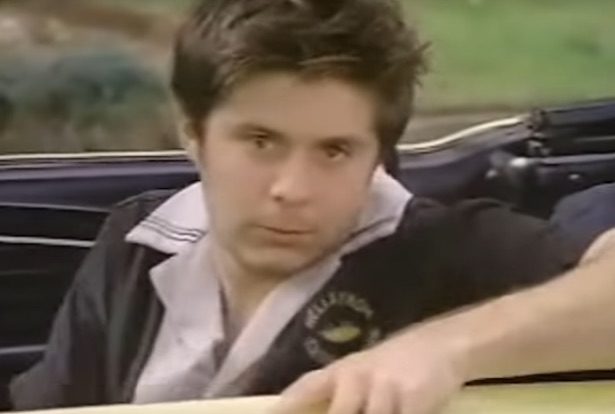 “Why?” With that one question, the one every frustrated kid (everywhere and forever) has wondered while sitting through a seemingly pointless class, former golden child Ellen sets off a rebellion in school where the value of learning itself is at risk. That leads Little Pete to go after his greatest nemesis: adults. The existential crisis created by Ellen’s inquiry leads to one of the show’s best recurring characters, Miss Fingerwood, going missing. Eventually order is restored, in an episode that addresses one of the biggest question kids will always have. Adults don’t have all the answers, and kids don’t know all the questions.

This two-parter is among the show’s best, and also one of its most bittersweet. The evil villain and head of the International Adult Conspiracy, John McFlemp, convinces the parents of Wellsville to get rid of Artie, which will destroy everything that makes the town special. He even extorts Dad to help him with his plan, which leads to Artie leaving Wellsville. When Big Pete and his friends help to bring Artie back, the strongest man… in the world(!) sees Little Pete standing up to the bully Papercut, proving he no longer needs his own personal superhero. Artie then says goodbye to search for a new kid in need of his help. Does their farewell still make us cry? MAYBE. Growing up and standing up for yourself never felt better or worse.

“Das Bus” stars one of the show’s best minor characters, the always strange and wonderful Stu the bus driver, as the episode turns the focus away from being a kid to what it’s like to be an adult with a job. Big Pete abuses his apprenticeship to get closer to his crush, Penelope, which leads to Stu delivering one of the best lines in show history: “Carrot top Judas! Thou hast forsaken me!” This is a fantastic episode about the struggles of balancing work and life, and also about dealing with the pitfalls of young love. Even if we didn’t realize it as kids, Pete and Pete was preparing us for the rest of our lives.

No one knew it when it was written or when it aired, but “Saturday” was the series finale. It might not have been the goodbye fans would have wanted (which was no goodbye at all), but at least it went out with one of the show’s best premises. Desperate to get his silent barber (played by J.K. Simmons) to talk, Big Pete sets out to learn what he can about him. He finally cracks the code, but the payment comes in the form of a terrible haircut. Featuring a fantastic, mob-style interrogation and a subplot of Little Pete exploring the town with his friends, it was a fitting end to one of the best kid’s show ever made.What do you think is the most essential episode of The Adventures of Pete and Pete? Let us know in the comments below.