by Eric Diaz
Penny Dreadful, which ran on Showtime from 2014-2016 for three seasons, was one of the best horror TV series ever. But it ended abruptly after the shocking season three finale, leaving fans clamoring for more. At the time, series creator John Logan said he’d told the story he wanted to tell, and was ready to close the book on Penny Dreadful. But now Logan and Showtime are re-opening that book for an all-new chapter and storylines, as it’s been announced that the series will return for Penny Dreadful: City of Angels, which is set to begin production in 2019. 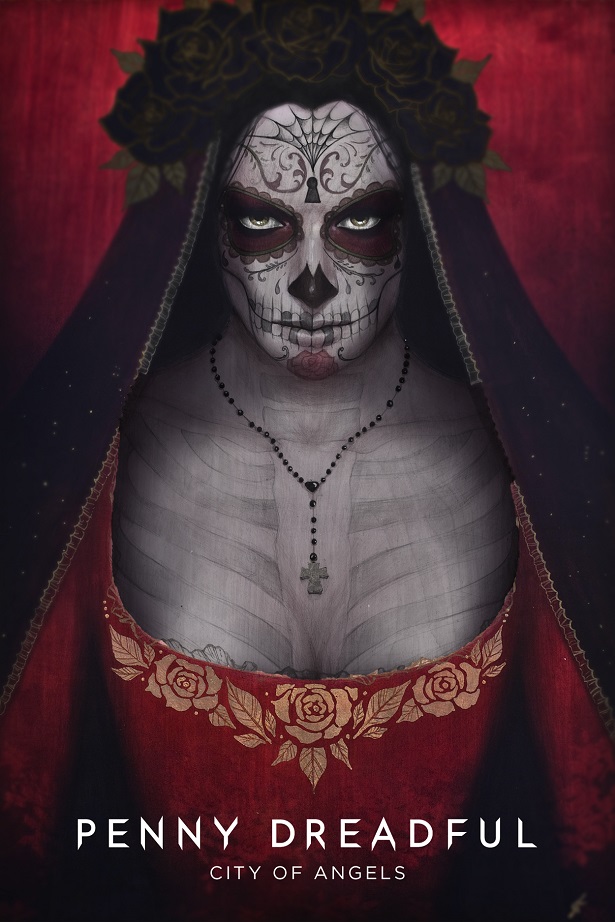 According to the official description,Â the next chapter opens in 1938 Los Angeles, a time and place deeply infused with Mexican-American folklore and social tension. Rooted in the conflict between characters connected to the deity Santa Muerte and others allied with the Devil,Â Penny Dreadful: City of AngelsÂ will explore a mix of the supernatural and the combustible reality of that period, creating new occult myths and moral dilemmas within a historical backdrop.In a statement, creator John Logan said â€œPenny Dreadful: City of AngelsÂ will have a social consciousness and historical awareness that we chose not to explore in the Penny DreadfulÂ London storylines. We will now be grappling with specific historical and real world political, religious, social and racial issues. In 1938, Los Angeles was facing some hard questions about its future and its soul. Our characters must do the same. There are no easy answers. There are only powerful questions and arresting moral challenges. As always in the world of Penny Dreadful, there are no heroes or villains in this world, only protagonists and antagonists; complicated and conflicted characters living on the fulcrum of moral choice.â€This surprise news has us super excited, as the original series was such a fresh take on old classics. But we definitely have ideas for what we’d like to see in this new iteration ofÂ Penny Dreadful, and here are five things we hope to see when the show returns next year.

We know the new series will have some serious ties to Mexican-American culture based on the official synopsis and the first image, but hopefully we see specific references to legends like La Llorona and more. Clearly, based on the key-art, there will be ties to Dia de los Muertos/ the Day of the Dead, but hopefully those things are just the tip of the iceberg, as there is so much to explore here.

Storylines Tied To The Golden Age of Hollywood

With the series set in 1930s Los Angeles, that puts it smack dab in the middle of the Golden Age of Hollywood, when the studio system was in full swing, and movie star legends like Clark Gable and Bette Davis ruled the world of cinema. This was also the era when the Universal Monsters became pop culture icons. There has to be some way to tie all these things together in a horror-infused series. Hollywood is filled with ghost stories and urban legends, so use some of them!

With this new chapter, it appears that Penny Dreadful is going the anthology route, much like American Horror Story. And like AHS, we sincerely hope John Logan is bringing back some of the ensemble from the original series, specifically Eva Green, who gave the performance of a lifetime in the original Penny Dreadful. But really, the entire cast was great, so we’d love to see any of them return in some form, even as completely different characters.

Tie-In The Two Series Together

Another thing American Horror Story has done that fans have loved is the connections between seasons, something being fully exploited right now with AHS: Apocalypse. So while this is an all-new story, set decades after the original and an ocean apart, I think there can be some clever ways to tie it into the original series. After all, Dorian Gray, Lily Frankenstein, and John Clare are immortal right? And several of those characters had loose plot threads that could be touched on again.

The original Penny DreadfulÂ  mainly focused on creatures from Gothic literature and legends, like Dracula, Frankenstein, werewolves, and more. But the show lacked actual ghosts. And since Los Angeles is replete with ghost stories, tied to the previously mentioned Golden Age of Hollywood, and other historical events, this newÂ Penny DreadfulÂ has the perfect opportunity for spooky spirits.