7 Reasons You Should Be Watching PEN15

We know there are a million television shows for you to choose from these days. But one you should absolutely tune into is Hulu’s  PEN15. The series, set in the year 2000, stars creators Anna Konkle and Maya Erskine (both in their 30s) as 13-year-old middle school students, surrounded by an ensemble of classmates played by actual 13-year-old actors. That absurd description doesn’t come close to explaining the show’s real brilliance as a hilarious, honest, often painful exploration of a difficult time in a kid’s life. Here are seven reasons you should watch PEN15. 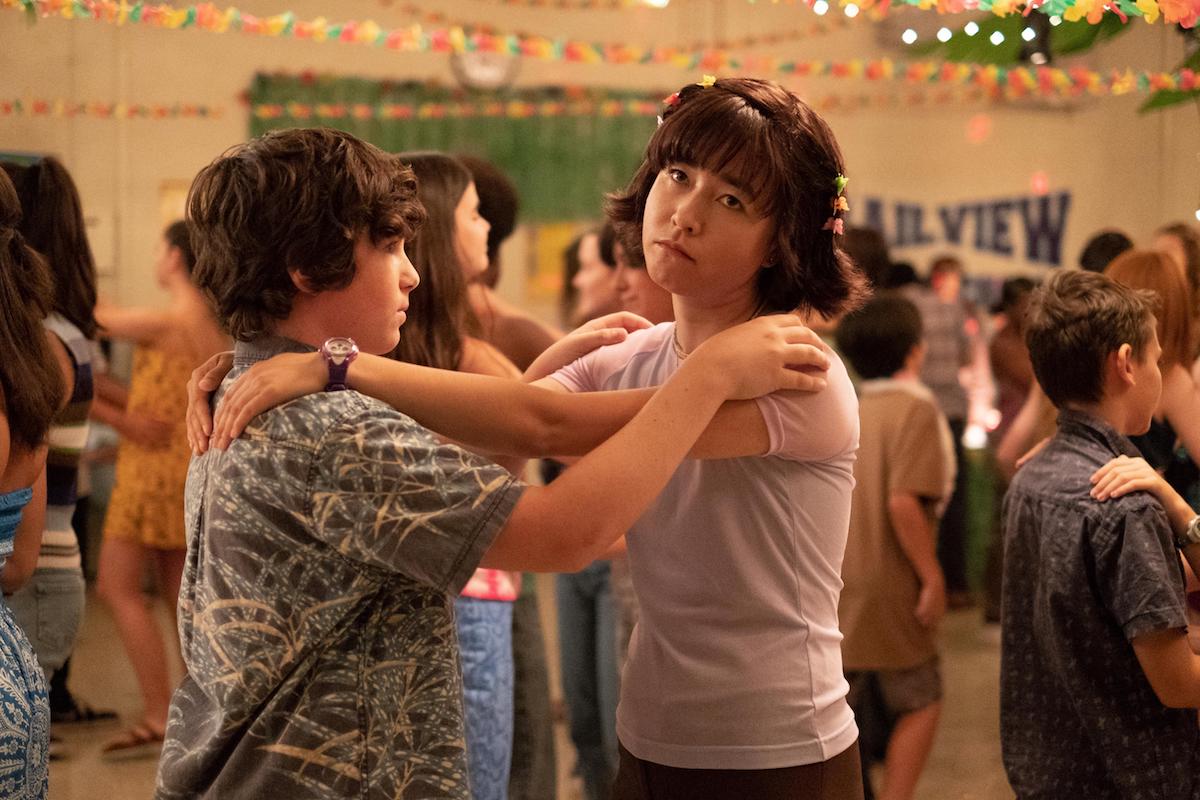 Even really funny shows don’t always make you laugh out loud, but PEN15 does—every single episode. It embraces the social absurdities of junior high to highlight how inherently funny those years are. (When you’re not the one living through them, that is.) The show’s two main characters are plenty weird and insecure enough on their own to consistently create hilarious moments.

2) Friendship Is the Best Ship 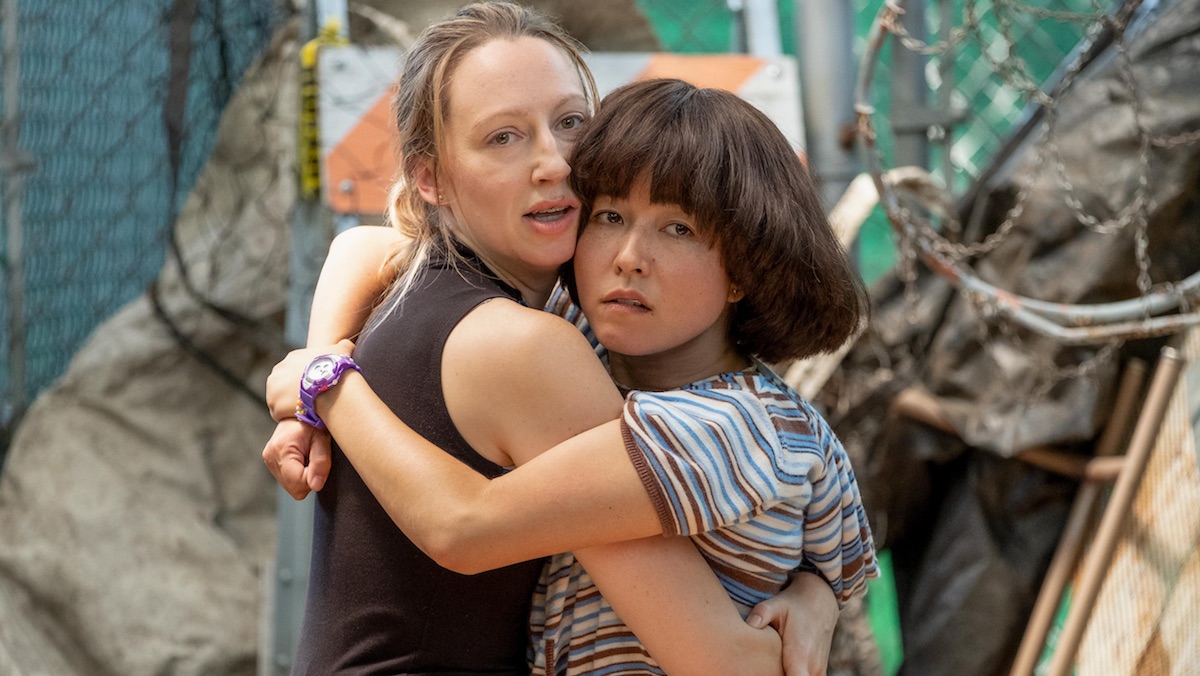 The heart of this show is the relationship between its two leads. The series explores what it means to truly have a best friend, someone to fail and succeed with as you both try new things. But it also explores how even the closest of friendships can be tested while growing up. Trying to figure out how you fit into the world, both on your own and as a pair, is challenging for everyone. The show really understands the full range of emotions that kind of closeness creates.

3) It Captures Middle School Life (for Better and Worse) 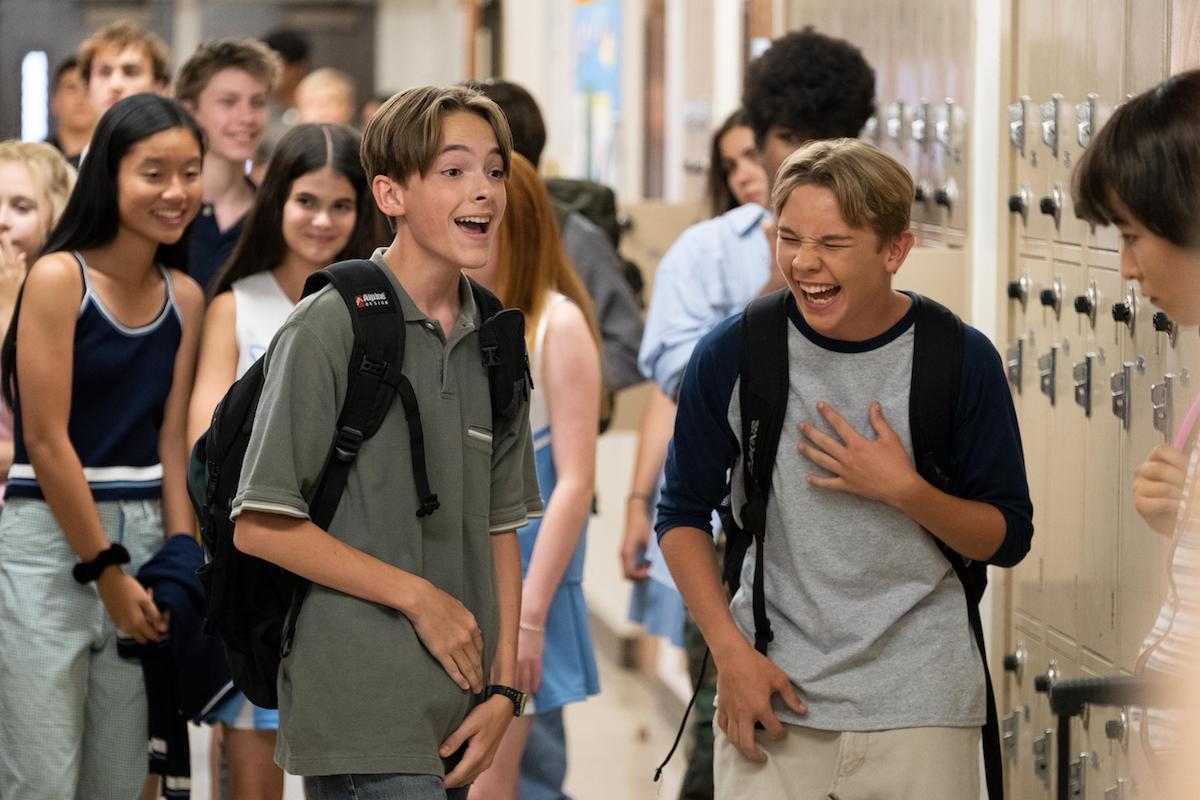 Junior high is a time when kids start to meet new people and figure out who they are and want to be. It’s also when they become hyper aware of (and bothered by) their own social statuses, but lack all of the social skills they need to navigate the minutiae of an insular community filled with hundreds of classmates also full of hormones. It’s a really hard time of change, and PEN15 gets both the big and small details of middle school life right to create one of the most authentic school shows we’ve ever seen. 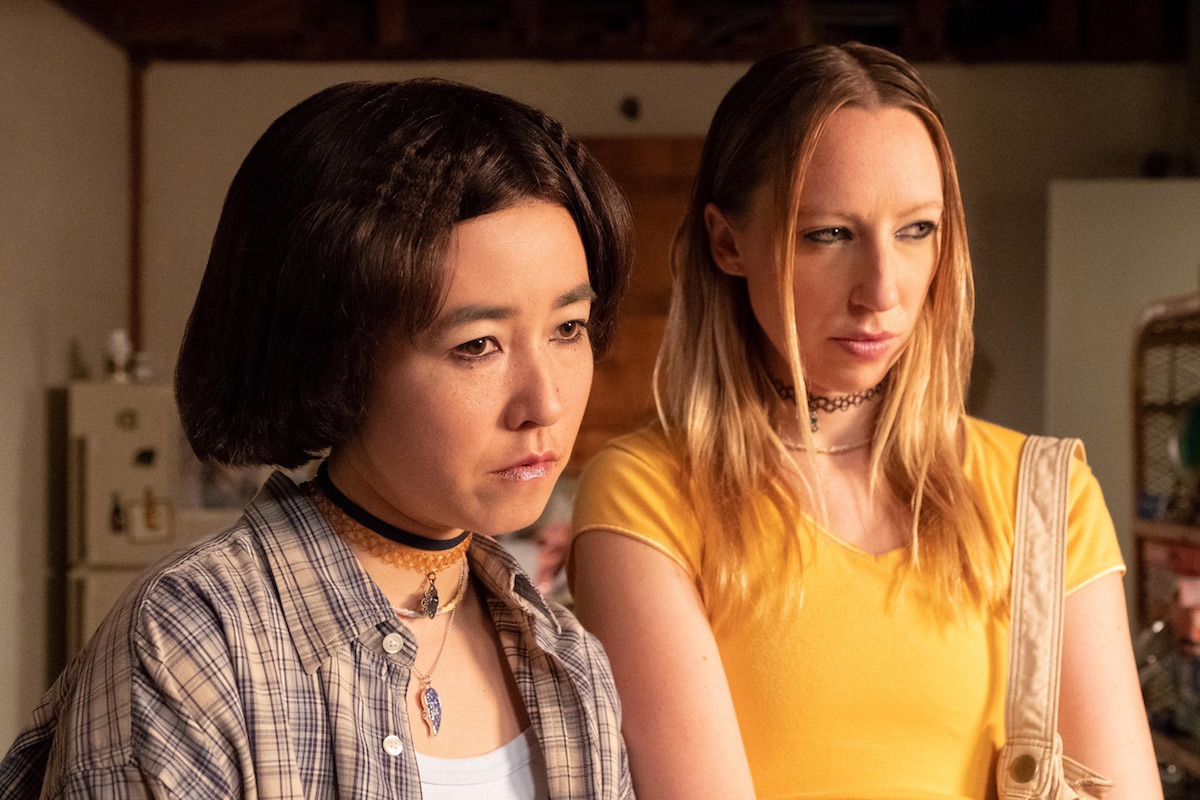 Young people today will never understand the life-or-death nature of making a mix CD for your crush, nor will they appreciate the importance of AOL Instant Messenger. And they definitely won’t believe how many wrestling T-shirts people were wearing in the year 2000. But the series remembers exactly what that time was like, and it remembers it fondly—even the bad stuff. It’s not an ironic indictment of youth culture at the turn of the century; it’s a loving ode to the era. 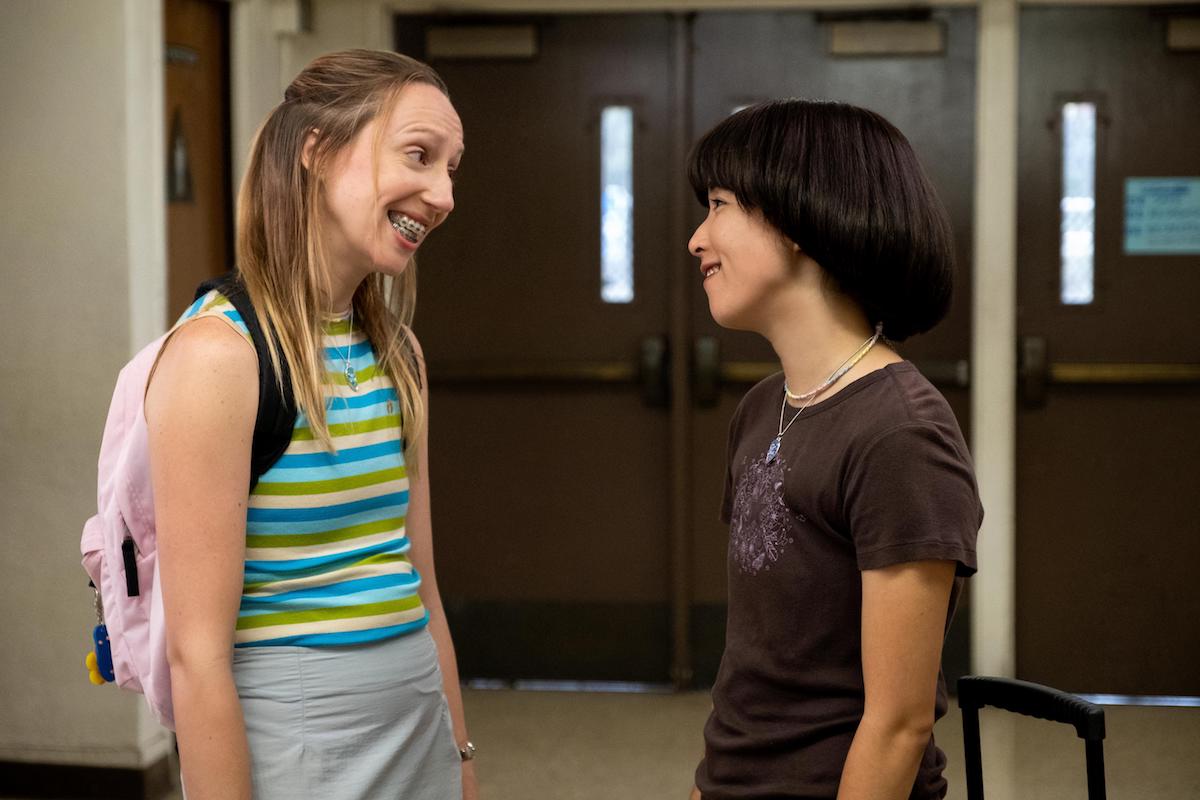 The entire cast, from its youngest actors to the actual adults on the show, is fantastic. But it’s impossible to overstate how good PEN15‘s two leads are. Maya Erskine and Anna Konkle are both in their 30s, but you constantly forget that because they’re wholly convincing as teenagers. They both give raw, touching, fully committed performances.

Maya is super strange, and Erskine never holds back showing just how weird she is. But Maya is also insecure, especially about being Japanese in a predominantly white school. Erskine makes her wholly sympathetic even when she’s being a spoiled brat. The kindhearted Anna isn’t as weird, but she’s not always aware that she’s still relatively unusual compared to her popular, mostly mean classmates. That causes her lots of pain, which she bravely tries to smile through. But with her parents’ marriage on the rocks, she has no safe haven. Konkle’s performance captures all of Anna’s hope and heartbreak with grace. You’ll constantly want to give her a hug.

6) The “Gimmick” Is Anything But 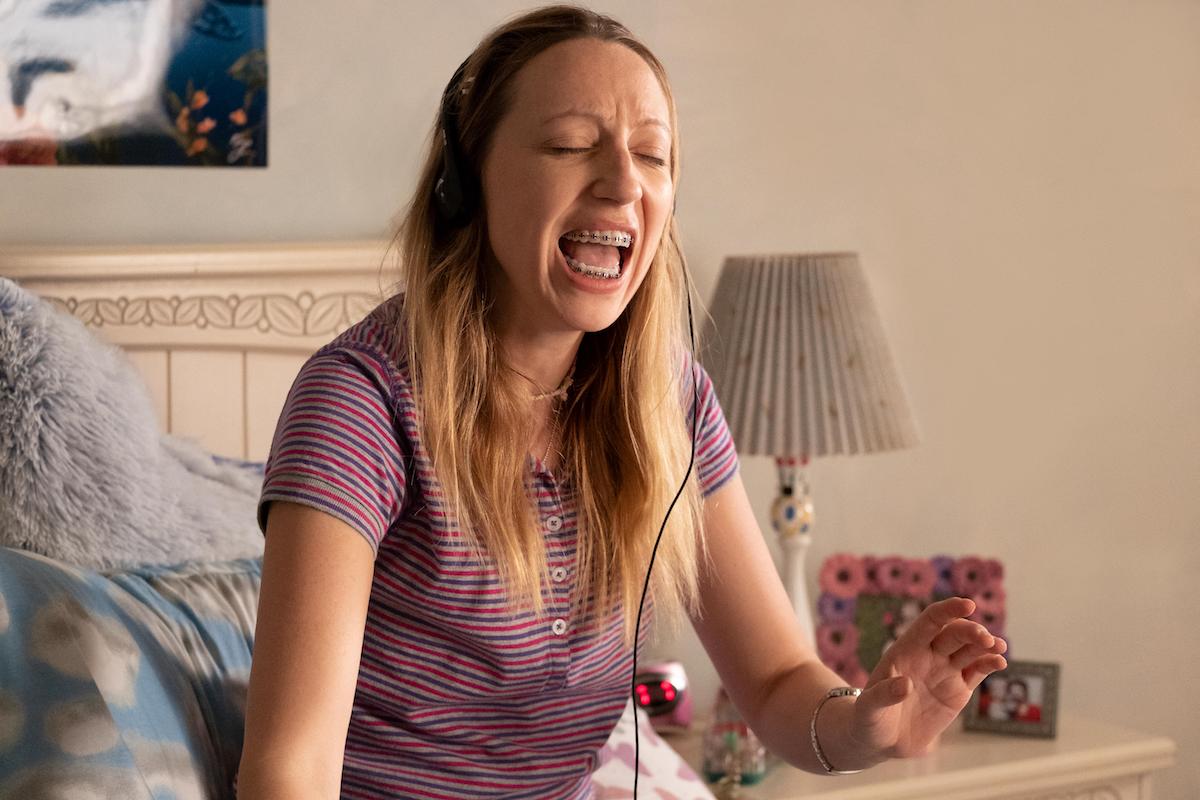 The season one trailer did this show no favors. It made the series look like a silly, surreal comedy. But PEN15‘s “gimmick” isn’t actually a gimmick at all. By having two grown women playing middle schoolers, the show can explore the life of a young teenage girl in ways it never could with someone who was actually that age. Like when Maya figures out how to be alone with herself, which is portrayed with humor but also intimacy and vulnerability. Scenes like these are among the show’s funniest and most emotional. (And the few times you’re reminded Maya and Anna are being played by adults, like when one of them “kisses” an actual teenager with strategic editing, the show capitalizes on that for maximum humor. It’s the best of both worlds.) 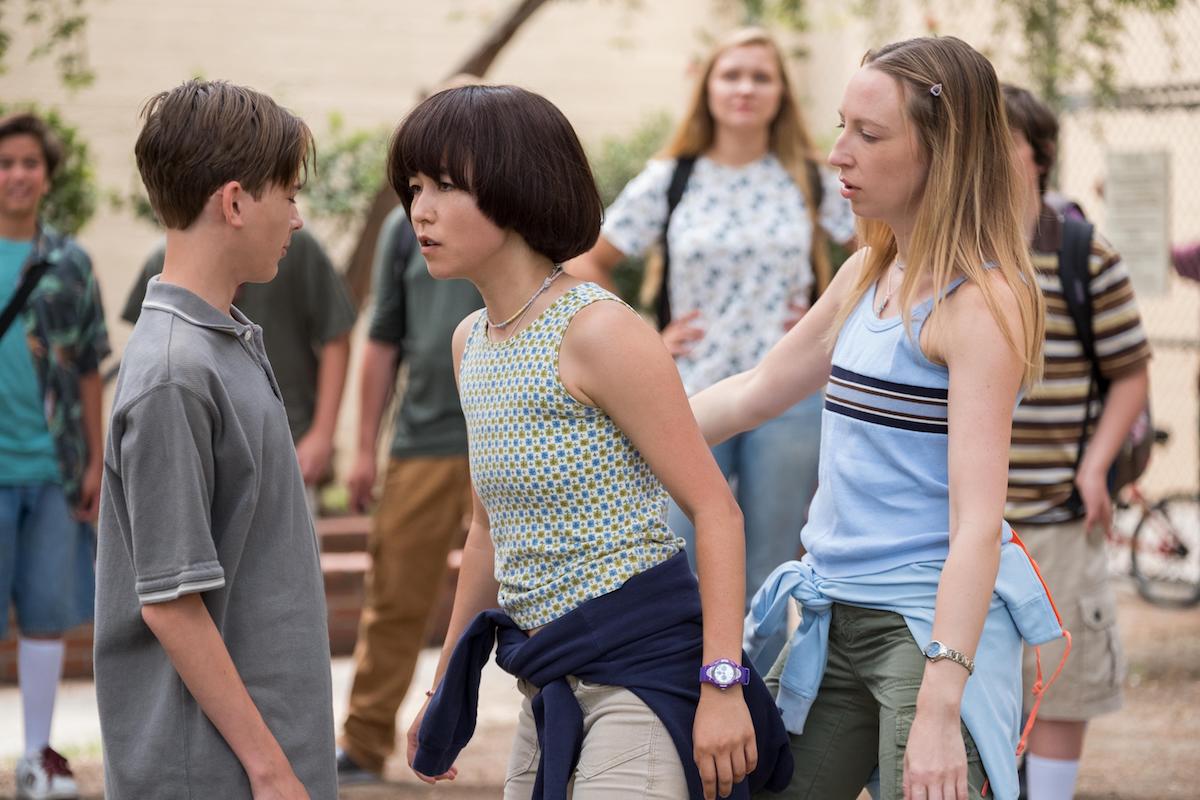 The show is not a pure comedy at all. It’s also a drama that is frequently brutal and painful. Anyone who ever felt like an outcast growing up will be reminded of how awful that could be. The series also deals with the kind of quiet, unseen bullying and cruelty that so many kids face. Plus, the show deftly and honestly deals with other personal topics like sexuality, racism, divorce, cultural divides, fitting in, class, and more. PEN15 will frequently make you want to laugh and cry, sometimes at the same time. You will love its main characters and care about them, even when they’re annoying. And it will remind you of what it was like growing up—all the good and all the bad. Any show that can do all of that is worth watching.

PEN15 returns for its second season at Hulu on September 18.