A Guide to the PATHFINDER Skill System - Nerdist

A Guide to the PATHFINDER Skill System

Pathfinder’s Knights of Everflame is a Pathfinder Second Edition campaign written and run by Jason Bulmahn. A group of five strangers who board a caravan heading to Lastwall, an ancient kingdom watching over the grave of a long-dead menace… you can find them on Tuesday evenings at Twitch!

In 2009, Paizo published the first edition of Pathfinder based on Dungeons & Dragons third edition. Right as D&D was releasing its fourth edition, the design team at Paizo branched off and created its modified version of the 3.5 rules set using the Open Game License. Fourth edition D&D was a streamlined system that was focused on getting new players in the game, while Pathfinder preserved the custom and character-focused mechanics many loved about 3.5. In particular: skills.

With a wide array of skills and skill checks, the Pathfinder system allowed players to fiddle with their character classes and feel a sense of horizontal progression. It gave the same satisfying feel as leveling up in a game like Diablo. Every level you had a multitude of choices in addition to your class features. If you wanted to be a fighter who trained in the ukelele, you could. Pathfinders’ second edition (released August of 2019), takes the past years and beautifully overhauls skills into its current iteration.

A character’s skills come from all sorts of training and range from lockpicking to rehearsing performance art. Sometimes a class might rely heavily upon the usage of skills, other times it’s the background of the characters that show where they’ve learned their talent. Let’s take a look at how the system works. 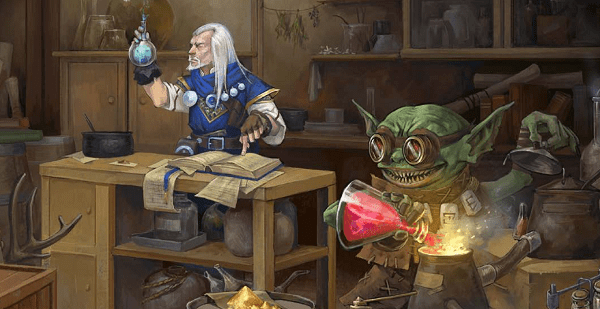 Skills in Pathfinder work like little mini-trees in themselves. Your character is either untrained in something or you’ve picked up the basics. Each skill lets you know if you can perform it without being trained. It is easier to attempt balancing for acrobatics than learning a new spell from scratch after all. Under each skill like Acrobatics, you’ll find handy little notecards about actions you can take.

Acrobatics, for example, lets you take the Balance and Tumble Through actions even if you are untrained, but lets you Mauneuver In Flight, and Squeeze if you are trained. Difficulties set by the GM range from Untrained to Legendary. By keeping everything using the same tiers, it makes it easy for balancing and ease of use. Skill Actions are a vital part of the Pathfinder experience. Your Class Features certainly grant you iconic abilities, but Skill Actions are what make your character more than their class.

Classes in Pathfinder now give you skill feats when you level up. Some (like the Artificer) are bound to give you more than others. When you level up your character, you gain the ability to increase your training in a skill: from untrained to legendary as it were. While these confer bonuses by themselves, skill feats are what make the training worth it.

Feats such as ‘Confabulator’, require you to be an expert in Deception and it’s friggin’ hilarious. Once unlocked, it makes it easier when you pile lies upon lies. When caught in one falsehood, your targets may become skeptical, but with this feat, you somehow manage to sell it. You may need to be an expert to take it, but it scales up as you become legendary. Feat’s like ‘Craft Anything’ requires you to be legendary, and give you the ability to ignore certain requirements like ancestry to make stuff. ‘Cloud Jump’ turns your character into someone out of a Chinese action film, daintily jumping sixty feet on an easy check. Skill Feats have often taken a backseat to combat feats, but in the new Pathfinder, players will really enjoy the versatility they bring to a character. 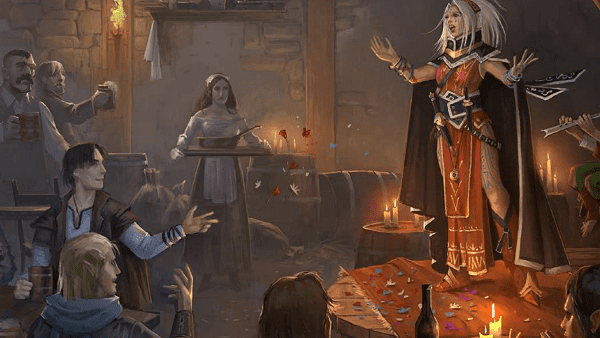 Whichever genius put the Earned Income [Trained] block in the Skills chapter of the Core Rulebook deserves a handshake and a promotion. Earned Income is my absolute favorite part of the Skills feature in the new second edition. Smack right in front of the skills chapter, the Earn Income action is what you take during downtime to make money. It’s not regulated to performance skills either. You could easily work using your Diplomacy skill to Gather Information or just hobnob for extra cash. There’s even an example of making tea for money and one for using Alcohol Lore!

That’s right. Alcohol Lore. For a trained person, they could work in a bartend or do legal research, where if they were Legendary they could run an international brewing franchise or present a case in Hell’s Court. The chart presented is simple, easy to follow, and scales from failure to Legendary results. If you critically fail, you get fired from your job and earn no pay.

No matter what, an elf who runs an international brewing franchise is a character concept in-and-of-itself and the Earn Income subsection perfectly sums up why the skill system in Pathfinder is amazing.

What’s your favorite Pathfinder Skill Feat? Let us know in the comments below!