Palm Springs sounds like a clever take on Groundhog Day. Rather than just one person forced to relive the same day over and over, it examines what happens when multiple people are stuck in a time loop together. And the film delivers on that promise. It’s a delightful, fun, funny movie that builds off the established premise. And stars Andy Samberg and Cristin Milioti are both at their absolute best.

But Palm Springs is much more than just a different spin on Groundhog Day. It’s heartfelt, smart, and insightful, with something hopeful to say about the human experience. It’s about learning to enjoy life even though to exist is to experience pain.

Palm Springs follows Nyles (Samberg) and unhappy maid of honor Sarah (Milioti), who meet at her sister’s wedding. A night of galavanting turns into a literal eternity together after Sarah ignores Nyles’ pleas not to follow him into a glowing cave after he’s shot with a bow and arrow by an unseen assailant. That cave holds a hidden space-time anamoly. It locks people into the same day, every day, forever. When either of them go to sleep or die, no matter where they are in the world, they wake up in their own hotel bedrooms the morning of the wedding.

Nyles has been stuck in this time loop for what appears to be thousands of years. However, he hasn’t been suffering alone for all of it. He once brought fellow wedding attendee Roy (J.K. Simmons) into the cave. It wasn’t malicious. But Roy does not appreciate being damned to his fate. He spends his time occasionally hunting Nyles for sport/revenge. 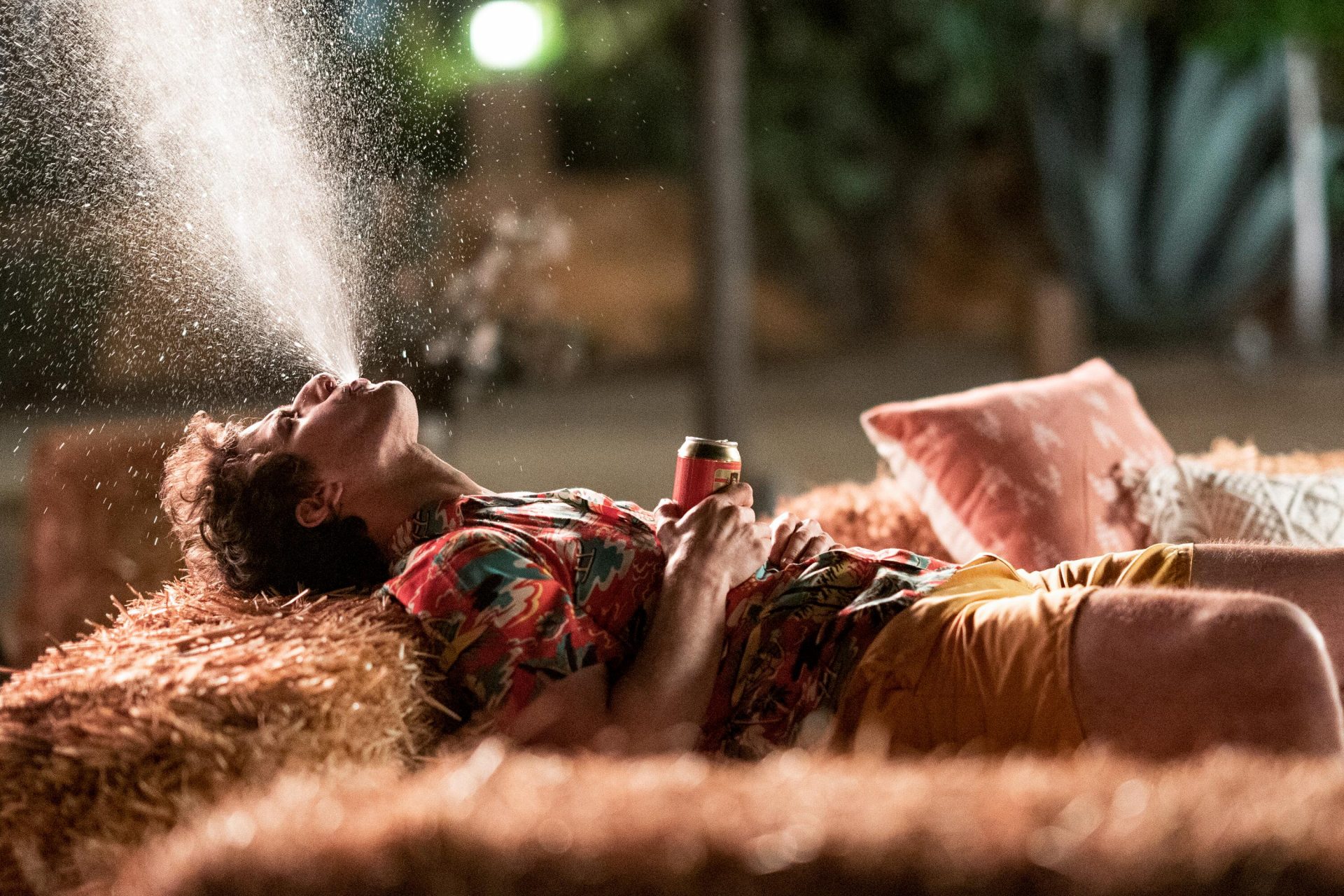 Nyles comes to accept his entrapment and tries to embrace his eternal lot. He does his best to enjoy each day by relaxing by the pool and finding ways to have fun at the wedding. That attitude leads to some hilarious scenes and interactions. As does Sarah’s initial refusal to believe nothing can be done about it. Nyles might have given up on getting out of this loop, but she can’t. At least not at first. But after realizing there’s nothing she can do about their predicament, Sarah joins Nyles and tries to enjoy life.

Both of her attitudes lead to many of the montages and scenes you’d expect from a movie with this premise. Yet the film’s upbeat, joyful tone prevents them from feeling cliché or stale. It’s a testament to the the tight script, written by Andy Siara. The movie never drags or stalls, nor does it ever feel rushed. It always knows when to slow down and when to pick up speed. And its crisp 87-minute runtime feels much longer in the best way. The film doesn’t waste any scenes. Even the smallest moments and dialogue pay off later. Palm Springs rewards active viewers and—fittingly—invites repeated viewings. 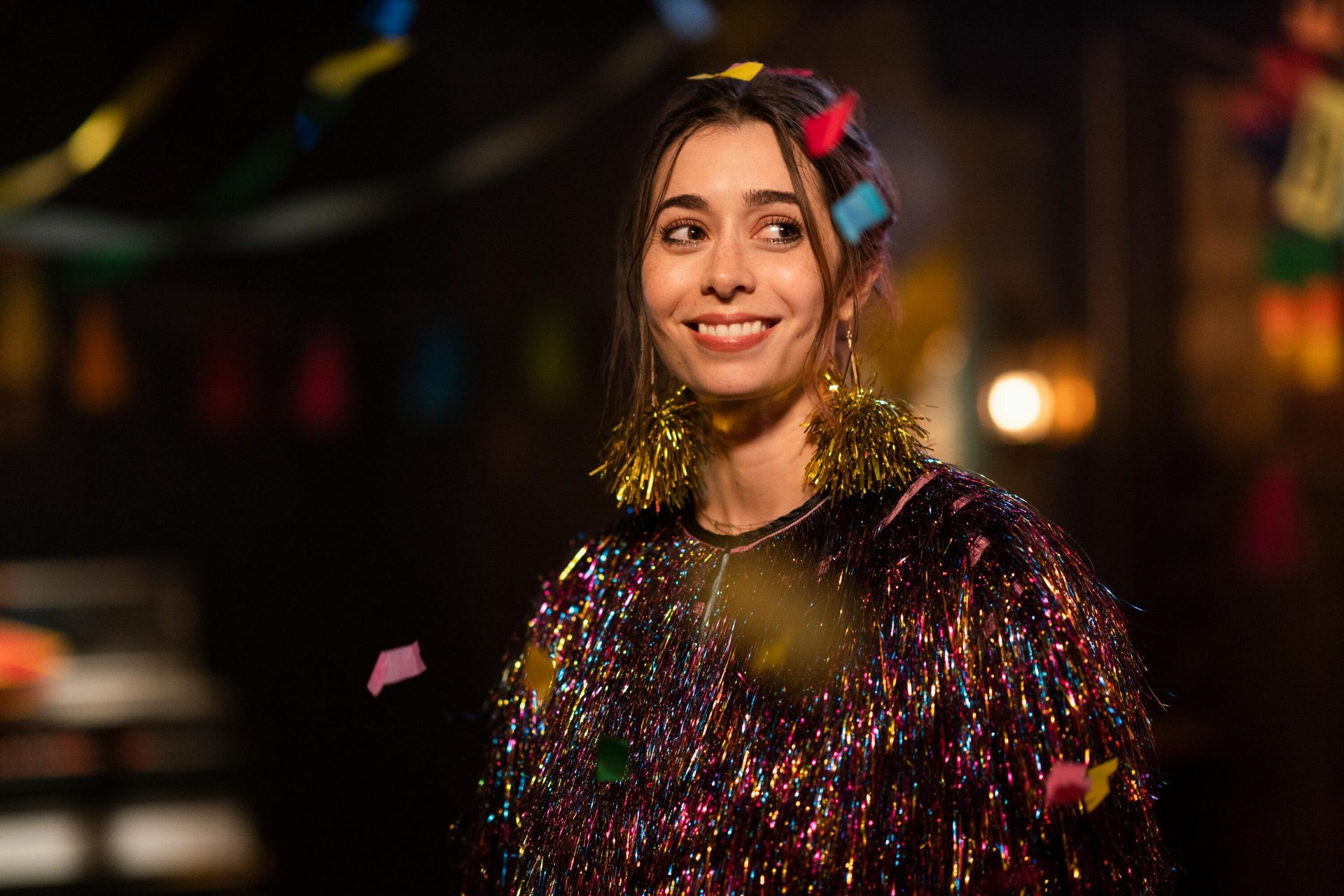 It’s also helps its two stars are so likable you could watch them paint a fence and feel good about it. All the comedy and adventures they go on are just a great bonus. Samberg gives a more nuanced and understated performance than you might expect. All while still bringing plenty of energy to the role. Despite trying to act cool and detached, he carries a lot of the emotional weight of the story, especially for the first half of the film. His Nyles is likable and empathetic. He’s broken, but he’s learned to live (as best he can) with the wreckage to make the best of an impossible situation. As a result, you somehow want to hang out with him by the pool for all eternity while also hoping he’ll escape his unique Hell.

And Milioti is his equal in every way. Since she’s new to this situation she has to go through a much wider range of emotions. Sarah goes from angry to sad, frustrated to carefree, despondent to determined. (She also might be the smartest character to ever find herself in this predicament, for reasons that would spoil one of the best elements of the movie.) But as we learn, in another example of the script’s ability to make everything count, Sarah is carrying her own baggage. Her problems makes reliving this particular day especially painful. 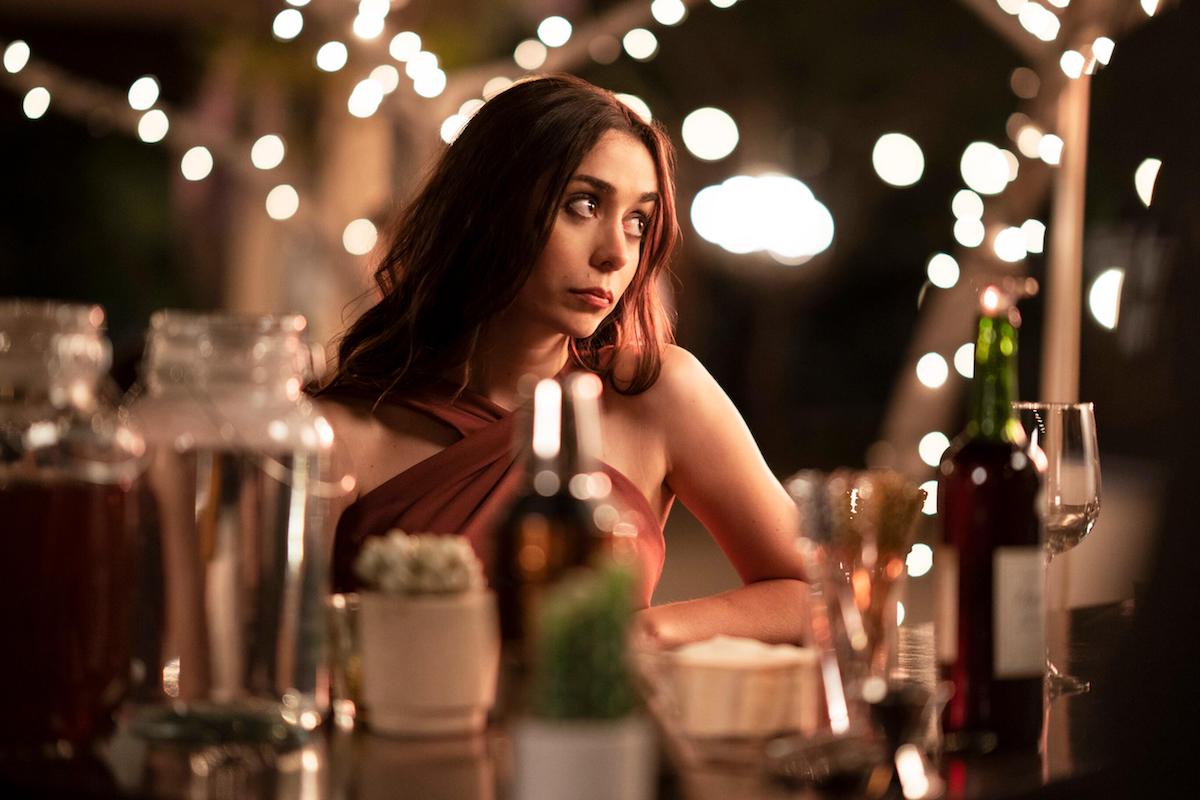 And ultimately, that’s what Palm Springs is really about: learning to find happiness despite the fact we all have to “suffer existence.” As Nyles says, “Pain is very real,” even for two people who can’t die. While they live, arrows can hurt them. So can other people and their own individual failures and fears. It’s how they cope with that pain to find joy, even under the worst circumstances, that makes the movie so much more than a clever riff on an old premise. Palm Springs doesn’t excel because it took a great idea and added a new wrinkle. It’s a superb piece of thoughtful, meaningful, enjoyable filmmaking because it took that great premise and added new layers of emotional depth and insight to it.

Palm Springs isn’t about one man, or two people, trying to learn to enjoy life. It’s about how all of us have to try and do that every day. Even—or especially—on our worst days. Because there’s no guarantee we’ll get a tomorrow.

Like Groundhog Day, it seems destined to become a cult classic. But Palm Springs is a better movie.