Ah, BlizzCon, that magical time of year when we learn all about the newest heroes and must-have merchandise from Blizzard Entertainment that we need in our hands right now. This year is no exception, with new Overwatch heroes and even a new Overwatch cereal announced. But that’s not all! Early next year you’ll be able to build your perfect Overwatch team, not with in-game matchmaking, but with new officially licensed LEGO sets of all your favorite heroes.

BlizzCon 2018 attendees got a first look at the six announced Overwatch LEGO sets:Â Tracer vs. Widowmaker, Hanzo vs. Genji, Dorado Showdown, D.Va & Reinhardt, Bastion, and Watchpoint: Gibraltar. Not only are your favorite heroes now in LEGO minifigure form (has Reaper ever been this cute?), but sets also feature vehicles very familiar to fans of the first-person shooter. 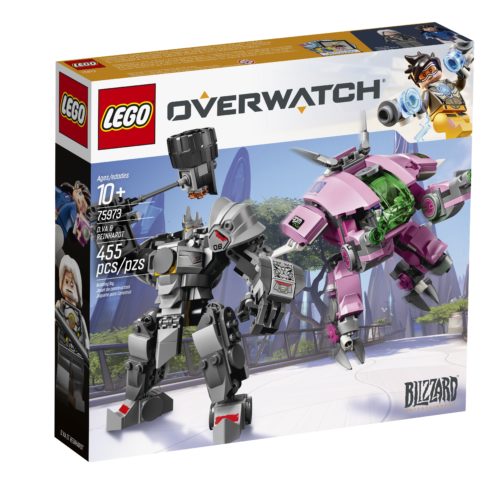 Minifig heroes in these sets include Tracer, Widowmaker, Hanzo, Genji, Soldier: 76, McCree, D.Va, Reinhardt, Pharah, Mercy, Reaper, and Winston. (Get a glimpse of Tracer in animated action on the new Overwatch section of the LEGO website.)Attendees can be the first fans to literally get their hands on the new LEGO sets with an exclusive Bastion and sidekick Ganymede now available in the Blizzard Gear Store.

The LEGO Overwatch sets will range inÂ price from $14.99 to $89.99, and are set for release in early 2019.What other merch does the future hold for OverwatchÂ and Blizzard fans? At BlizzCon several companies announced their enticing new items, including Her Universe with a new World of Warcraft fashion line, an upcoming Blizzard apparel line from UNIQLO, a Funko Pop! figure of new hero Ashe, upcoming Hasbro action figures, and a new McCree Nerf Blaster.Which of these new items are a must-have for you? Tell us which ones and why in the comments.