Warning! This review contains minor spoilers for the movieÂ Overlord

Ever since the surprise release of 10 Cloverfield Lane, J.J. Abrams has been crafting a small universe of chillers. That’s not to say that Overlord is a direct descendant of the initial alien invasion movie that Abrams helmed over a decade ago, but it is another fantastic example of how great Abrams is at spotting genre talent and encouraging it.Julius Avery’s exploitation horror is as close to an R-rated Captain America movie as we’ll ever get, and though that may sound strange the final product actually works brilliantly. The film follows a misfit company attempting to take down a Nazi communications tower in the lead-up to D-Day. After being blown out of the sky, the group is flung into the middle of a village that’s been taken over by a small but virulent group of Nazis who have a suspicious obsession with the local church on which the comm tower has been placed.When I first came across Overlord I was pretty sure it had all been done before, with films like Dead Snow and Frankenstein’s Army already covering the whole “Nazi experiments gone even wronger than you’d expect Nazi experiments to go” angle. What I wasn’t prepared for was the suspense and tension that Avery manages to fill every single scene with. Whether it’s the core cast being yelled at by the brilliant Bokeem Woodbine on a rickety plane flying through enemy airspace or Jovan Adepo’s Boyce crawling through the tunnels and crypts beneath the church, you never get a moment to breathe. And that’s one of the best things about Overlordâ€”when it comes to ramping up the fear it’s utterly unrelenting. 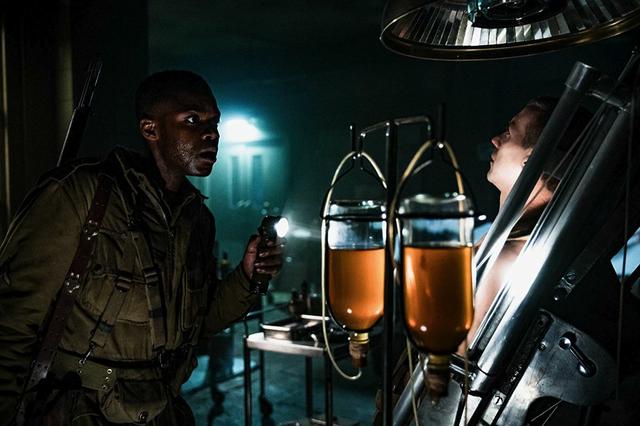 It helps that the cast is wonderful. From the aforementioned Woodbine to the breakout star Adepo to Wyatt Russell living up to his action star legacy (he’s Kurt’s son) to Mathilde Olivier’s badass final girl Chloe, through to John Magaro’s Tibbet who seems so much like he’s out of a classic war movie it’s almost uncanny. The cast is a sterling ensemble that doesn’t come close to having a weak link. A great cast can ground an outlandish genre flick, and that’s exactly what happens here with solid, relatable performances and a star-making turn for lead actor Adepo, who brings an empathy and kindness to Boyce that makes you instantly connect with and care for him.In what has to be one of the most impressive and breathtaking opening sequences in a long time, director Avery establishes himself as a powerhouse. The blistering action of the crew’s journey from air to ground is honestly astounding. It’s unlike anything I’ve seen before and if people aren’t talking about that scene for years to come I’ll be shocked.As I got further into the midst of the film I couldn’t help but think it’s the best Captain America origin story ever made. It might sound like a reach, but at its core Overlord plays on all of the same tropes that the classic comic utilizes. Young rookie soldiers desperate to do right by their countryâ€”check; a mysterious and dangerous serum which enhances performance and has horrifying consequencesâ€”check; a lot of evil Nazisâ€”check; and a domestic government that also can’t really be trustedâ€”check. Heck, depending on how you read it you can make arguments for Russell and Adepo being Cap and Falcon, or Bucky and Cap. 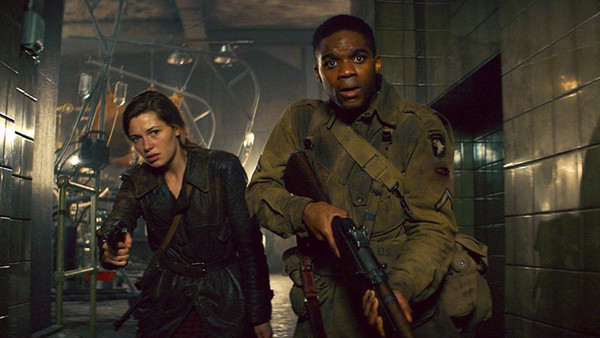 As someone who grew up as a hardcore horrorhound, I’ve definitely found my love of gore waning as I’ve gotten older. And as a disabled woman, sometimes the reality of the Nazi experiments can cut a little too close to the bone (no pun intended). But Overlord is as about as un-exploitative as an exploitation film can be, and Avery does a great job at showing us just enough. That’s not to say the film isn’t scary though, as it dances between light torture porn gore and Hitchcockian suspense, building the anxiety and tension to an almost unbearable level before the explosive third act.It’s hard to gush about the best parts of Overlord without spoiling the multitude of terrifying surprises it has to offer, but keep an eye out for Game of Thrones‘ Pilou AsbÃ¦k cementing himself as a terrific character actor and one of Hollywood’s most frightening villains. If you’re a fan of horror, suspense, and edge-of-your-seat cinematic experiences then Overlord is a must see this weekend.4/5