This just in: Magician maligned by malevolent miscreants! Harry Houdini, once believed to be the most powerful magician of the modern age, has been exposed as a fraud and a trickster. Late last evening, rival magicians (card sharps and shysters, likely) broke into the much-lauded magician’s study and purloined his portfolio. The notes within reveal all. Stay tuned as Eye on the Globe investigates!

Harry Houdini, once no more popular than any other vaudeville act, has long made a name for himself by defying death through daring escapes. Now all of his secrets are yours to know, and ours to share. From disappearing elephants to his famous Chinese Water-Torture Cell, we’ve got Houdini’s number this time! Let us begin as the famed escape artist himself did, with handcuffs: 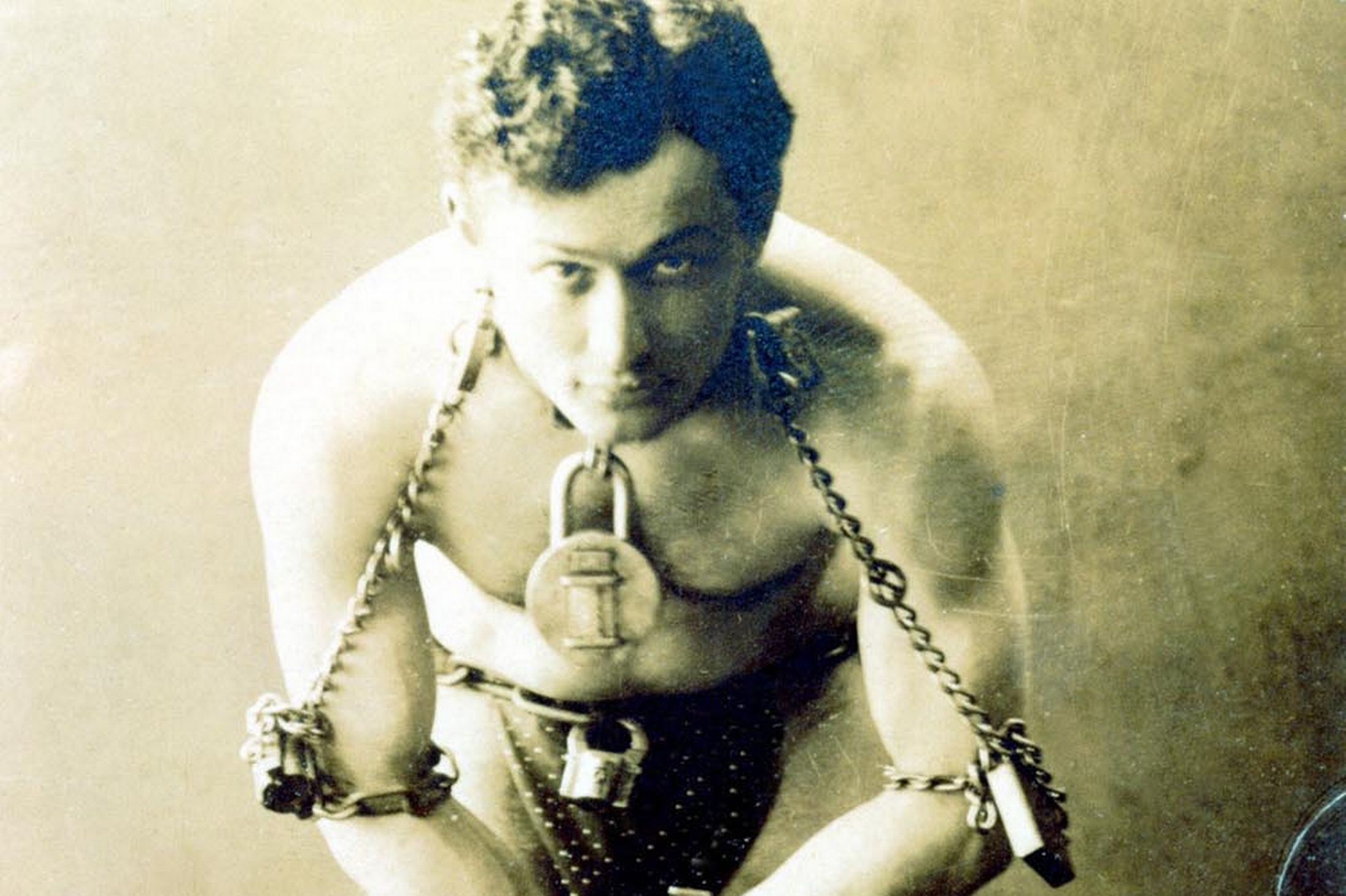 Houdini’s handcuffs, long believed to be some sort of “trick set,” have been revealed to be quite real! What the public had until now failed to realize is the magician’s dedication to his craft. For nigh-on his entire life, Houdini has studied all manner of locks. So adept is he that he can open a lock with a bit of twine, a self-made skeleton key, or even striking the lock at the proper angle. Lock-makers beware! 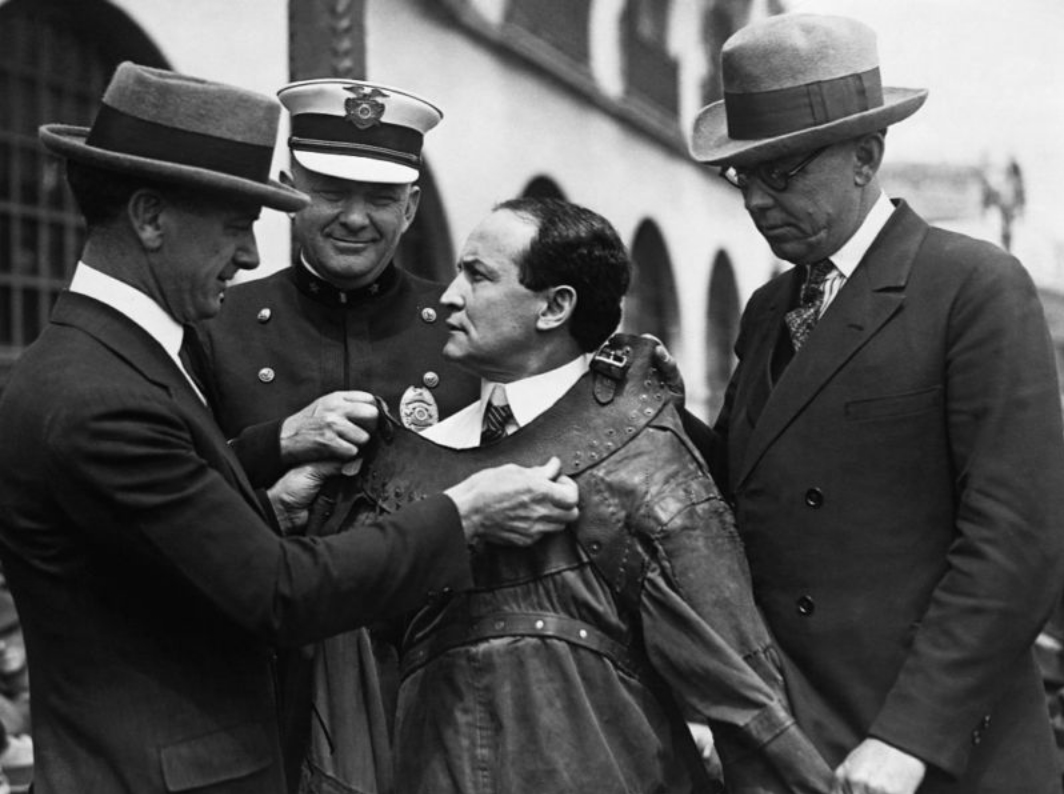 The trick that put Houdini (whose real name is revealed as Erik Weisz!) on the map is his daring straightjacket escape. Oft performed hanging upside-down in midair, the escape is a spectacle beyond believing—until now! This escape required the artist to gulp down air, cross his dominant arm over the weaker one, and gather the jacket’s slack before the trick began. Exhaling and loosening the jacket from his grip, Houdini was instantly free enough that a bit of tooth gnashing and flailing about (in tandem with gravity’s aid) was enough to free him.

Editor’s note: Eye on the Globe would like to apologize to any asylums whose patients are now able to slip their bindings. 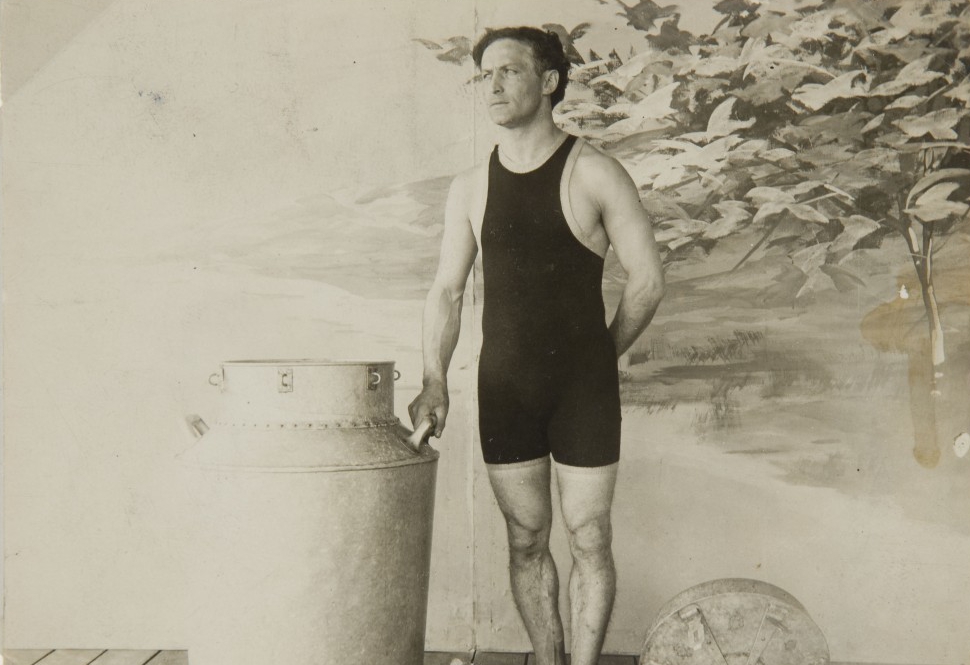 Houdini’s terrifying Milk Can Escape, his longest-running escape, exposed! The trick that has long shown Houdini’s lungs to be super-human is a pure fraud. Secreted away in the seemingly solid lid of the magic milk can, there lies a release mechanism which can only be triggered from within! Despite being padlocked from the outside, the can’s lid simply pulls off (lock and all) the instant the curtain closes. Houdini then simply waits a moment before revealing that he is wet but very alive. Chicanery! 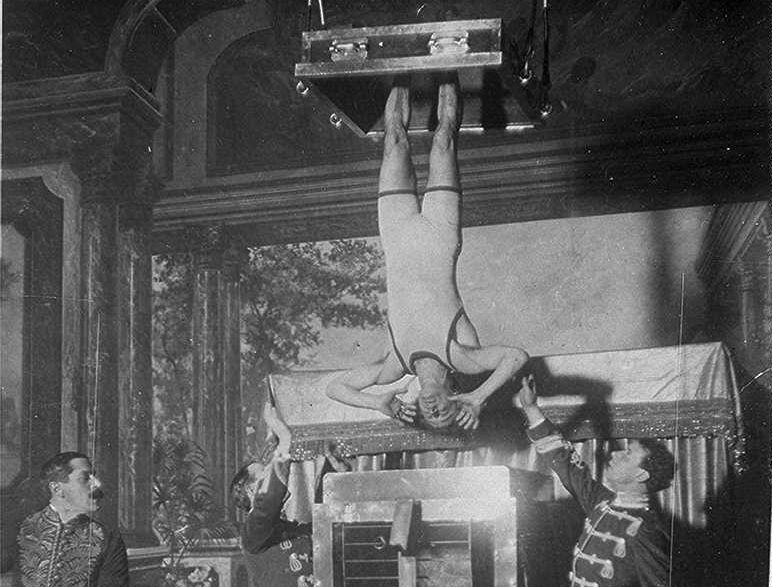 Further lies and cheats reside within Houdini’s famed Chinese Water Torture Cell. Instead of functioning as ankle restraints, the purpose-built stocks at the top of the cell are in fact hinged! With his feet free, Houdini simply relies on his well-documented gymnastic skill to quickly escape his would-be watery grave. 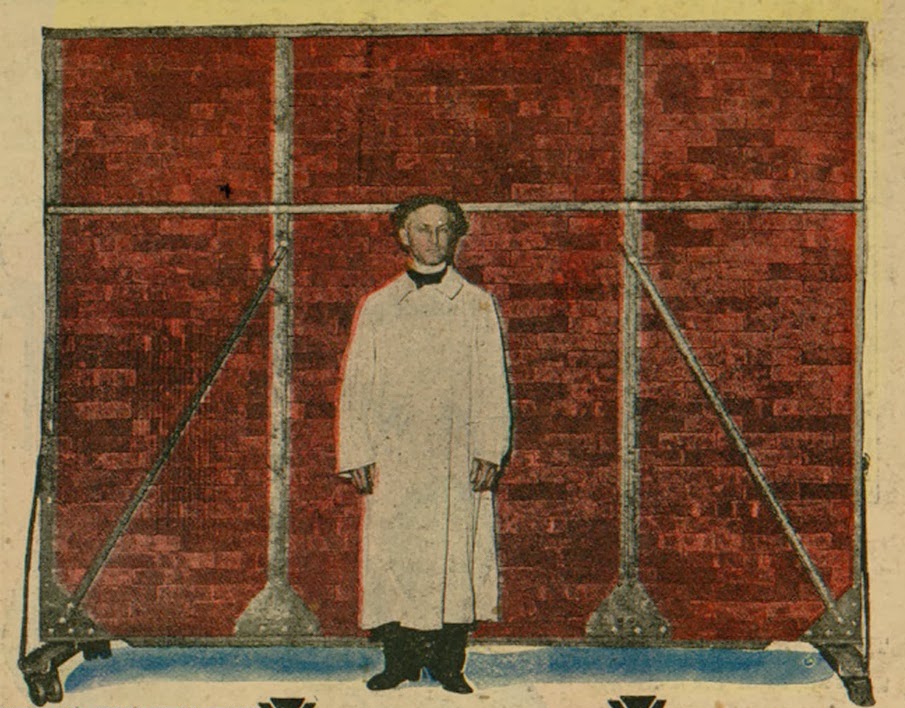 Houdini’s ability to walk through walls of solid brick is unnerving enough to maker even the most chaste of gents and ladies feel unsafe—even when in their private chambers! Well, breathe easy dames and demure dans. Houdini can no more appear unwarranted in your bedchamber than he can take wing and fly! Beneath his brick wall, the magician has constructed a secret passageway, accessible by way of a trap door which is iteslf concealed by a carpet. Though Houdini’s secret screens only obscure his movements for an instant, they do so long enough for him to traverse the passage. 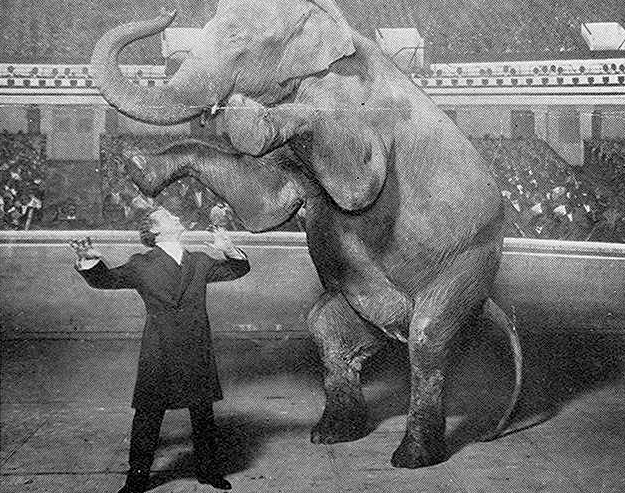 While Eye on the Globe was not present at the Hippodrome, witnesses swear that Houdini once disappeared an entire elephant before their very eyes. Even Houdini’s own portfolio is hush-hush on the matter. What we did discover was that Houdini’s “unplanned” firing of a pistol during the trick was no such thing. There also exist faint scrawlings that seem to outline a spring-loaded curtain, various trickery involving the bending of light, as well as an oblong elephant cage which might be made to appear square. 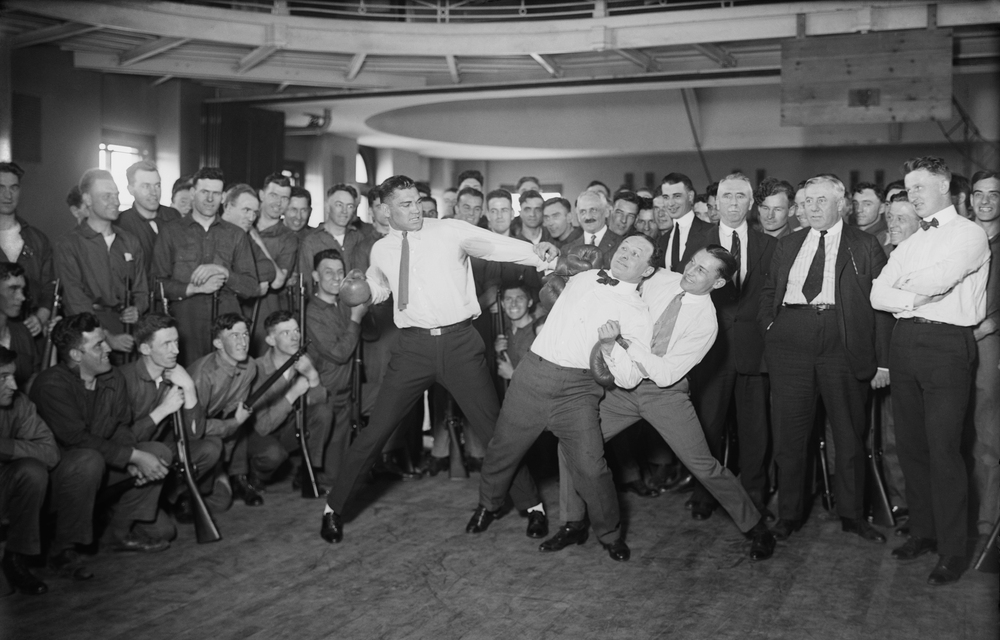 Another of Houdini’s feats that evades notation in his pilfered portfolio is the magician’s incredible ability to absorb blows to the belly. In our search of Houdini’s private apartments, Eye on the Globe did however unearth a doctor’s note stating: “Mr. Weisz, while your muscle control is impressive, I highly recommend not continuing to take blows to the belly. Your internal organs seem bruised and it is my opinion that any ill-timed blow could potentially rupture one or many of them, causing serious injury or death.”

Editor’s note: The author of this article has clearly misspoken here. It is the official position of Eye on the Globe that unnamed miscreants broke into Houdini’s apartments.

It appears that, while he is a cunning entertainer, Harry Houdini is in fact no more magical than your average street-peddled snake oil. That’s all for now, folks. Until next time remember to support our sponsors and Keep your Eye on the Globe! 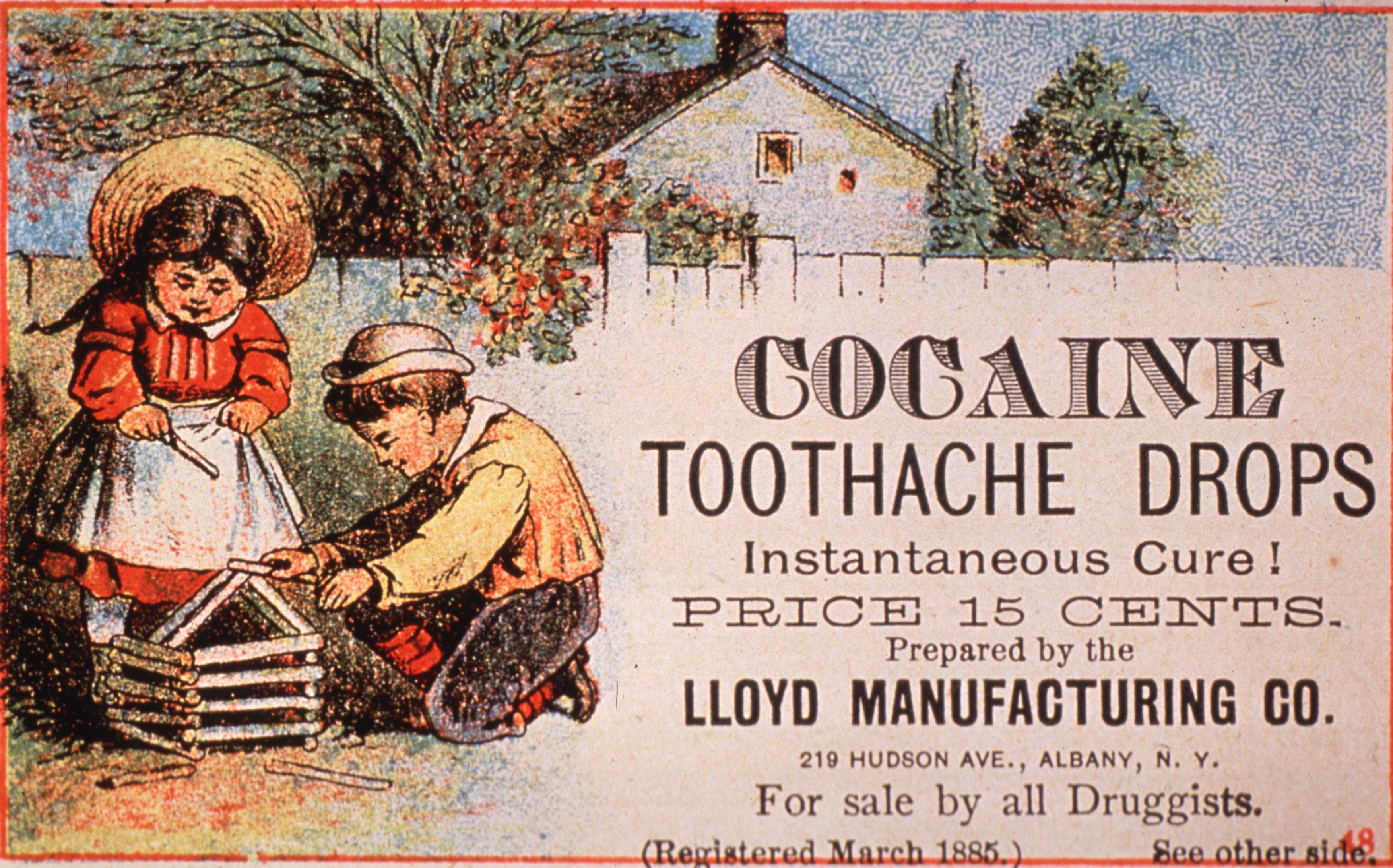 Brought to you by Cocaine Toothache Drops