‘Outbreak: Undead’ Lets You Roleplay Your Own Zombie Survival Story

Everybody has one. After years of zombie movies, zombie shows, zombie comics, zombie runs, zombie barcrawls and zombie games, everyone should have a plan for what they would do in the event of a zombie apocalypse. Even major universities have plans for zombie outbreaks. While it seems like a very unlikely scenario, playing out these scenarios can be fun and healthy. There’s an element of fantasy in being able to, for example, wander around a shopping mall and try everything on. It can be empowering to think about learning the skill and abilities needed to survive. And there’s even a bit of hope in that, even in the face of dead rising from the grave, some small element of humanity will survive.

All that brings us to our Kickstarter of the Week: Outbreak Undead 2E. Hunters Books brought out Outbreak: Undead in 2010 to critical acclaim in the RPG community. The original won a Judge’s Spotlight award at the 2011 ENnies (the annual awards recognizing excellence in RPGs awarded at GenCon). Hunters Books also won a Silver ENnie this year for The ABCs of RPGs and are hoping to roll their favor with critics into support for a new edition of Outbreak: Undead. The new edition is currently on Kickstarter, hoping to reach an even broader base of tabletop gamers, zombie fans and folks that have always wondered what they might do if they were the ones in the middle of a zombie outbreak. The campaign hit its goal within mere hours of launching, so already the fans of the first edition are scrambling for more. 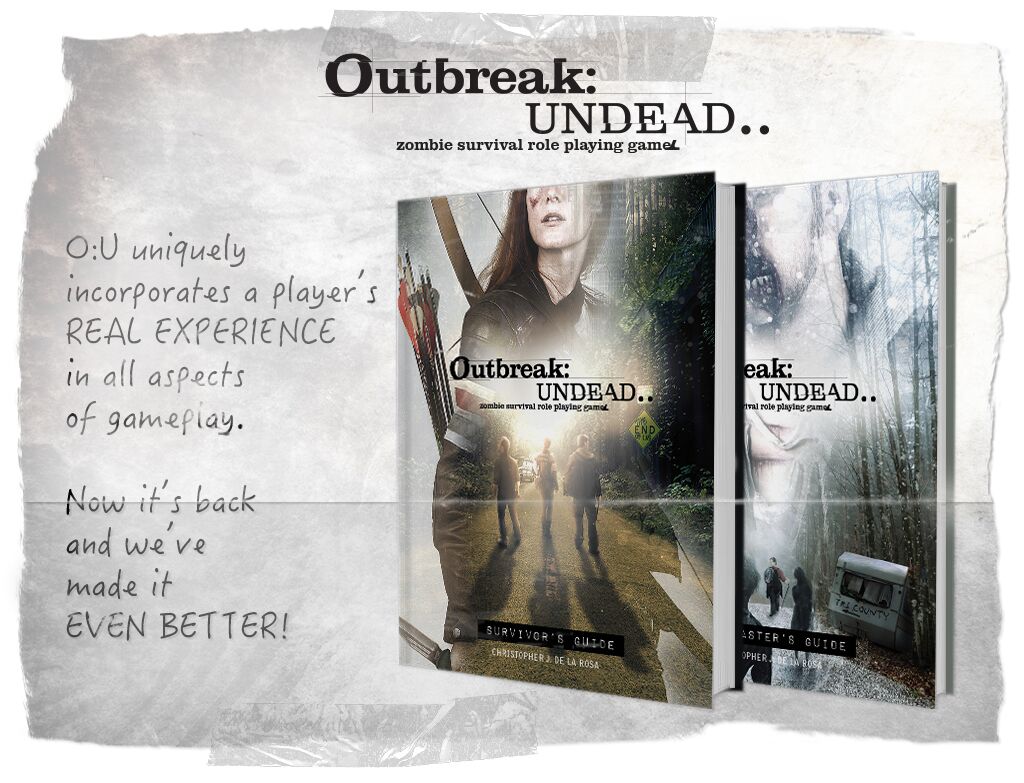 Outbreak: Undead is a survival simulation RPG. It encourages sandbox play, which allows players to figure out their own storylines by exploring the setting. Game Masters have the tools to create whatever kind of zombie outbreak they want, be it alien, biological, mystical or truly test players through a mixture of different types. One of the most exciting features of the original was players being able to play themselves in the game. The SPEW system sets characters with four attributes: Strength, Perception, Empathy, and Willpower. These attributes let players judge themselves and others very quickly, backed by a system that focuses on managing dwindling resources and playing out conflict between survivors.

The second edition offers two books: the Survivor’s Guide and the Gamemaster’s Guide. The game offers more information on both sides of the screen. It looks to expand its already existing online quiz offering a more accurate SPEW readings for people to make themselves as characters. It also offers adjustable difficulty between Arcade, Weekend Warrior and Survivalist for groups that want different zombie experiences. It also will offer drop-in conflicts, and a system that generates points that the players can use to their advantage while generating risk for the GM to spring dangerous plot twists.

It was co-developed by a familiar face: our very own Ivan Van Norman, beloved GM of Sagas of Sundry and host of Game the Game. As the publisher of multiple ENnie-award recognized publications, an RPG connoisseur, and someone who (obviously) knows how to run harrowing horror RPG game, we’re really excited to dig into the new edition. Maybe we’ll even get lucky enough to have him run the game for us one day. 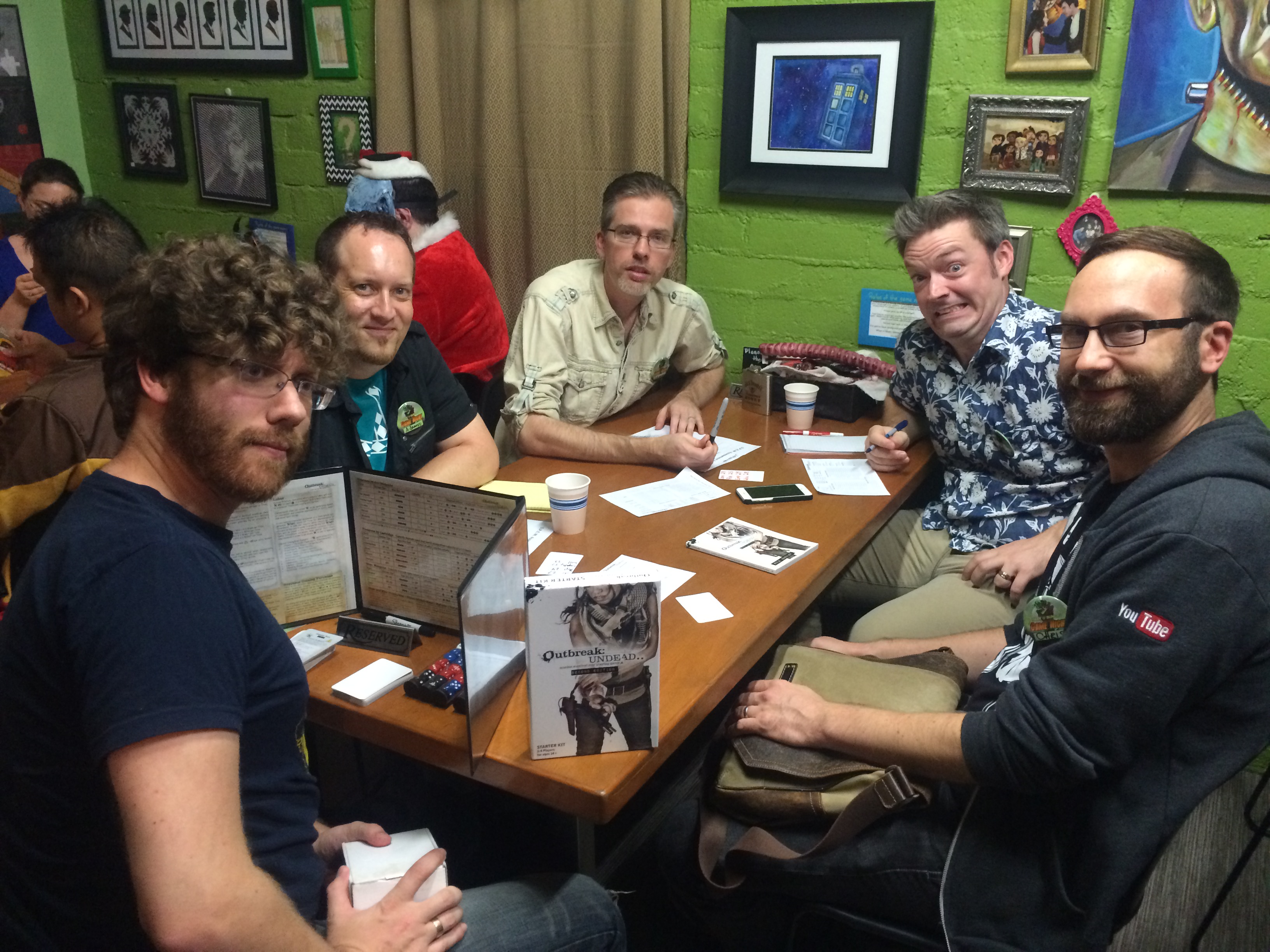 The Kickstarter runs until Monday, November 13th. There are pledge levels that offer digital versions of the rules, physical copies of the books and levels that included play aids and add-ons like specialty dice and cards that represent loot, gear and weapons found out in the wasteland. Backers at higher levels can get a Bug Out Bag stocked with real survival gear or even be included in the book during a professional photo shoot if the backers are in or can make it to Southern California.

Your zombie survival plan will fail. This way, you can at least find out how in the comfort of your own home and adjust it as necessary.

Want more horror RPG goodness? Be sure to check out Sagas of Sundry, GMed by Ivan Van Norman.