For decades, The Other Side of the Wind was a footnote in the career of Orson Welles. It was also a mythic part of Hollywood lore, a long-thought-lost final work shot on the cheap over six years in the early 1970s by the legendary director but never completed. After Wellesâ€™ death in 1985, the raw materials –more than 100 hours of footage –spent another 20 years deteriorating in a Paris vault while numerous parties battled for the rights to this incomplete, possible masterpiece. But in 2014, producer Frank Marshall partnered with filmmaker Filip Jan Rymsza, filmmaker (and Other Side of the Wind costar) Peter Bogdanovich and a handful of venerated industry experts, including Oscar-winning editor Bob Murawski, to finish the film and fulfill the Citizen Kane auteurâ€™s vision.Now, the film is more than Tinseltown ephemera; itâ€™s a fascinating experiment with blueprints that pre-date certain photographic and editing techniques by more than a decade. On the eve of Netflixâ€™ streaming debut of the film, Frank Marshall, Filip Jan Rymsza, and Bob Murawski spoke with Nerdist about the intimidating challenge of completing a project conceived by one of the most celebrated directors in cinema history, and how they completed Wellesâ€™ spectacularly prescient cinematic future. 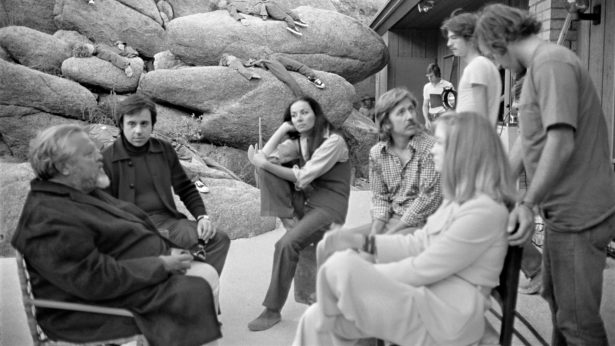 Nerdist: Frank, you are one of the few people who originally participated inÂ The Other Side of the Wind.Â What memories did you have from the original production that proved helpful as you finished it?Frank Marshall: I think it was a combination of things. Between Peter Bogdanovich and I having been there–Peter acting in scenes and me being there when scenes were being shot–when we would be trying to make a choice of what take to use, those memories would come flooding back about what we perceived Orsonâ€™s wishes to be and what he was going for in the scene. Sometimes we would remember why we were doing a scene, or it was blocked a certain way to make a certain point, and that helped us realize Orsonâ€™s vision without having him there.Bob, what were your initial feelings about editing The Other Side of the Wind when you initially saw the amount of footage you would be sorting through?Bob Murawski: Itâ€™s one of those projects that Iâ€™ve actually been trying to get on for like the last 15 years, but then when I got on, I was completely intimidated. Thereâ€™s the psychological intimidation of [tackling] Orson Wellesâ€™ unfinished movie – a guy who many people consider to be the greatest filmmaker of all time. Who am I to finish his movie? Seeing the sheer amount of material was super intimidating because there was so much footage and it was in such disarray that there were a lot of dark days wondering whether it would come together in any sort of sensible manner. It was not knowing at all, even technically, if it was possible to come up with something that felt like a final, finished professional movie, especially knowing that he shot it over a period of six years, stopped and started with different factors at different times in such a piecemeal fashion was incredibly intimidating. I donâ€™t think any of us knew when we started whether it would feel like a complete movie or it would feel like some sort of curio, something that was put together out of footage Orson Welles had shot that didnâ€™t maybe hang together but was maybe an interesting historical artifact, but not necessarily a movie.But once I started digging into it, it was like any other movie. Because I started watching the footage and seeing the dailies and hearing Orson directing the actors, and watching all of the takes and starting to put it together or even just seeing in my mind how it would go together. And then yeah, it felt like it was something that was possible and hopefully would come out okay. 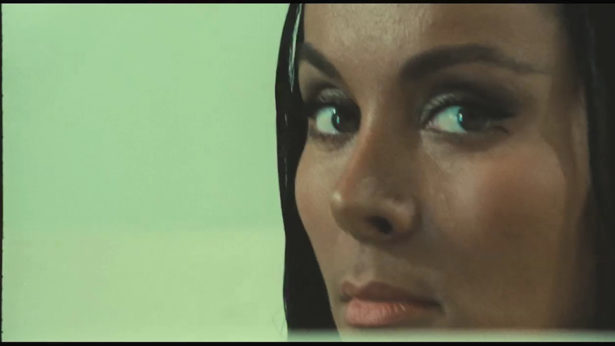 Filip, what was the most Influential guiding force that helped the team complete the film?Filip Jan Rymsza: We kept going back to the work print. Even in those rough assemblies, we had things lined up in a certain way where you knew how they fit together. One scene was shot over the course of three years and I think six different locations. The Lilli Palmer stuff–we had no idea where that belonged within the film, because that was an isolated shoot in Spain. So some of these things kind of revealed themselves and fell into place, but we kept going back, and the work print was the single most important testament to what Orson wanted. He was the only one working on that, his fingerprints are all over it, and so it was a process of figuring out what he intended.Frank, was there anything you had to â€œunlearnâ€ from your considerable decades of experiences as a producer to facilitate Orsonâ€™s original 1970s vision?Marshall: We werenâ€™t thinking â€œthenâ€ or â€œnow,â€ we were just trying to put together the story according to Orsonâ€™s notes and thoughts. We were very fortunate that we had several cut scenes and a lot of scenes that were strung together in the order Orson would have seen them, and they were scattered through the movie, so we had a guidepost for the movie. We had an idea of what Orson was thinking and so we would then take that as a guideline of how Bob would cut it. It wasnâ€™t easy, but it was something to go by.Bob, how much did you try to add your personality to this material and how much did you just try and fulfill what you thought Orson would want?Murawski: I think my own sensibilities are more old fashioned–classic, simple constructions, something like you would see in a Don Siegel movie like Dirty Harry. Or Robert Wise, who was Orson Wellesâ€™ original editor on Citizen Kane, and then went on to become an incredible filmmaker in his own right. You would think Orsonâ€™s movie would be in a classic style, but itâ€™s totally off the charts in the other direction, a lot of editing seemingly for editingâ€™s sake. Heâ€™s trying to cut as much as possible. But when I actually started to analyze it, he was trying to create a feeling of movement through editing, because he could no longer do it through camerawork.In his older movies he had these elaborate, long dolly shots or crane shots like in Touch of Evil, where he was trying to tell a story through blocking and elaborate camera moves. But later in his career, he was no longer working with professional crews and studio-level equipment, and he could no longer shoot those kinds of shots. So he just developed a style of creating that same kind of movement through cutting, creating a feeling of motion through the movement of going from one shot to the next. That was something that was tricky for me to get into my head and get used to. 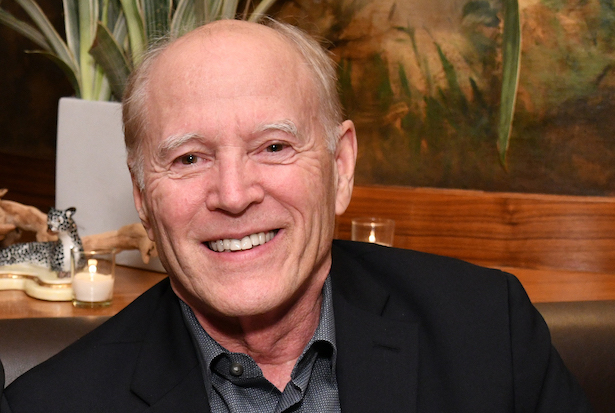 Frank, what’s the main thing you’ve learned from completing Other Side of the Wind?Marshall: It was an amazing experience for me to go back in time and remember with great fondness how wonderful it was to be with Orson. I think thatâ€™s the main thing: as the producer, you have to adjust and be flexible when your job is to service the vision of the director. Thatâ€™s how Iâ€™ve worked my whole career; I adapt to the director Iâ€™m working with and what they need from me to tell their story. And of course Orson was completely different from Steven Spielberg or Walter Hill or David Fincher. But I just love the challenge of figuring out how to help them in the best way I could.

Images: Portrait by Bryan Bedder/Getty for Netflix, All Photos Courtesy of Netflix

TAGGED: orson welles, The Other Side of the Wind, bob murawski, filip jan rymsza, Grindhouse Releasing