These Optical Illusion Trick Shots Will Make Your Jaw Drop

If you’ve spent much time on the internet over the past decade or so, you’ve probably seen the optical illusions of Zach King. The 31-year-old illusionist and internet personality has a YouTube channel with over 11 million subscribers and is the fifth most followed personality on TikTok. And his videos have been going viral ever since his “Jedi Kittens” became a sensation a decade ago.

Now, he’s teamed up with the popular “sports comedy” YouTube channel Dude Perfect for the ultimate optical illusion video. And there are some illusions in this eight minute video that are truly jaw-dropping. You can check out the full Zach King/Dude Perfect collaboration video below. Warning: there are a lot of backward baseball caps in this one. It’s pretty bro-tastic.

The Optical Illusions Trick Shots video has some incredible visual trickery that made us do more than one double-take. Trust us, you’ll be saying “how in the heck did they do that?” more than once. Especially when it comes to the illusion at the 47 seconds mark. Luckily, Dude Perfect has a special behind-the-scenes video that explains just how they accomplished a lot of these optical illusions. Although clearly, some secrets needed to be kept. It sure must have come in handy that two of the Dude Perfect guys are identical twins though. That definitely made things easier for King’s illusions. 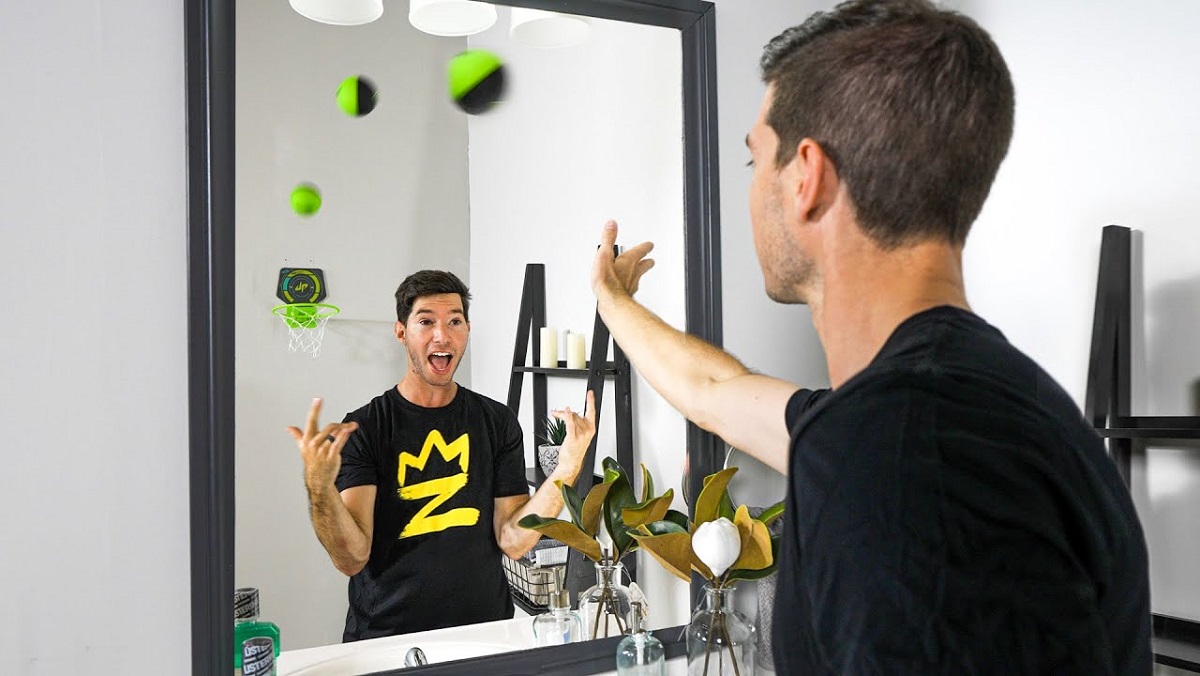 If we have to pick a favorite illusion from this video, it’s probably going to be the one where they all ride a giant hockey puck. Not because it’s that much of a mind-bending illusion, but just because it’s such a delightfully silly bit. For more of Zach King’s amazing illusions, be sure to head on over to his Instagram and TikTok. And for more “trick shots, stereotypes, battles, bottle flips, ping pong shots, and all-around competitive fun,” check out the rest of the videos on Dude Perfect.