Games are best enjoyed with friends. In fact, one of the great advantages that board games hold over video games these days is that board games allow you to enjoy the experience with friends in the same room. But sometimes, you just want to play alone or a game night falls through and you still have the urge to go cardboard. In that case, here are three terrific solo games.

Zulus on the Ramparts 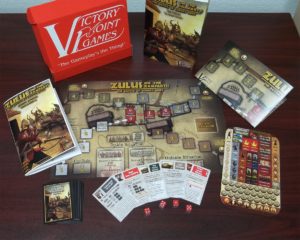 Zulus on the Ramparts is a solo war game that seeks to recreate the Battle of Rorke’s Drift–dramatized by the film Zulu. As the single player, you take control of the British troops defending the fort while besieged by Zulu forces.

One of the dangers of solo games is that they become too puzzley. You figure out how to win and then the game loses its challenge. But Zulus on the Ramparts deftly avoids this by randomized events, providing great variety from play to play. Each turn, you will draw and resolve a random event. Often, this will move Zulu forces ever closer to conquering the fort. Then, you’ll get to take an action such as building barricades, gathering ammunition, putting out fires, or shooting at enemy forces. The kinds of attacks you can launch is also randomized and you have to carefully manage them.

Zulus on the Ramparts also hits a lot of historical notes. All of the soldiers represented in the game were actually at the battle. There are some quotes on the cards that were said (or at least attributed to) the soldiers at the battle, and many of the events replicate actual occurrences. The result is a fun, 20 minute game that is very replayable and easy to take off the shelf. 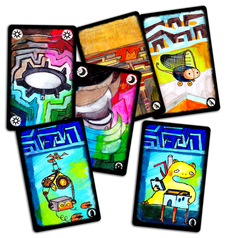 While Onirim can be played with two, the true game is the single player experience. You are haunted by dark dreams from which you cannot escape. The goal of the game is to find your way out from the nightmare by unlocking eight doors.

The game consists of a deck of cards, and you try to play one each turn. If you play three in a row of the same color, you get the door of that color. Of course, as you refill your hand, you are likely to encounter Nightmare cards which cause havoc on your progress. It isn’t just card flipping; throughout the course of the game, there are real choices to be made about which cards are saved, how to progress, and where to focus your efforts.

Onirim also has the advantage of being extremely portable. It’s an easy one to throw in your bag just in case you get bored at the airport. Plus, it comes with a number of small expansions. They add new cards to the game that provide different effects and, generally, more challenges. The result is that you can customize the experience to your liking by adding and removing your favorite material. 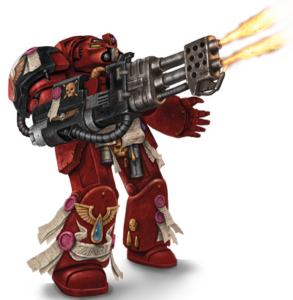 Cooperative games are ripe for solo play. After all, if you’re all on the same team to begin with, then you can easily play one or more characters to get the same effect. The only trouble is that most big games can be a chore to set up, making them too much trouble for mere solo play. But Space Hulk: Death Angel proves that’s not always the case.

In this title, the players are space marines investigating a hulking craft that has been taken over by vile genestealers. The narrow passages of the ship allow the marines to proceed only single file. Genestealers, however, can scurry through vents and ducts to come out at any point. Players must carefully navigate through several objectives, trying not to lose too many marines along the way.

Space Hulk is actually a fantastic solo experience. With multiple players, it could be that both of your marines get killed and you’re effectively out of the game. But in solo play, you can field as many marine teams as you like and get to stay in the whole time. Plus, the game is darkly thematic and you really get a sense of the claustrophobic surroundings of the hulking craft. Just be warned, this game is hard. I mean, hard hard. Even as a solo player, you should be prepared to lose more than you win.

Do you like playing solo? What are your favorite titles? Tell us about it in the comments.