The discovery was described in a recent press release from Royal Holloway, University of London (RHUL). In the release, which comes via Smithsonian Magazine, the researchers paint the world in which the humans who made the ancient tracks would’ve lived.

“[T]he deserts that dominate the Arabian Peninsula were transformed into expansive grasslands with permanent freshwater lakes and rivers,” Richard Clark-Wilson says in the press release. Clark-Wilson, a PhD student at RHUL and co-leader of the study, adds that Northern Arabia would’ve had favorable climate conditions around the time to which the footprints are dated; the researcher also notes that human and animal populations would’ve been migrating together.

The researchers say the discovery of the prehistoric human footprints—outlined in a paper recently published in Science Advances—provides critical insight into interactions between ancient peoples and animals.

“We immediately realised the potential of these findings,” Mathew Stewart adds in the RHUL release. Stewart, a biologist at the Max Planck Institutes for Chemical Ecology who also contributed to the research, notes that “Footprints are a unique form of fossil evidence in that they provide snapshots in time, typically representing a few hours or days, a resolution we tend not to get from other records.” 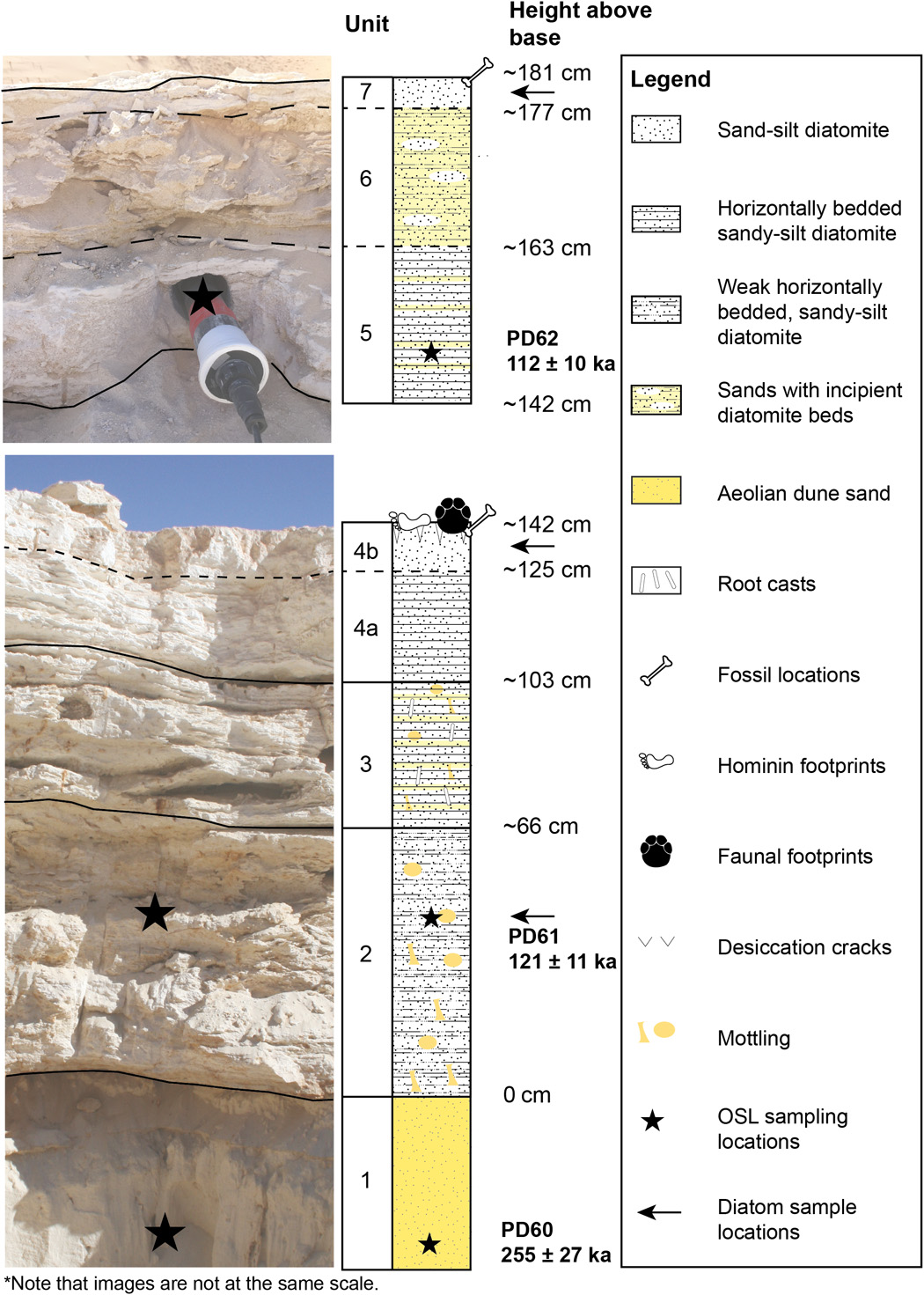 The researchers were able to date the footprints thanks to sediment analysis. As it turns out, sand grains work as “natural clocks” because they “record” the time elapsed since they last encountered sunlight. Until recently, lake sediment had remained on top of the sand grains from this period, protecting them from light.

Aside from providing insight into the lifestyle of ancient humans in the region, these findings also help scientists to understand how our ancestors dispersed from Africa. Particularly during the most recent interglacial period, which spanned from roughly 120,000 to 11,500 years ago. Environmental changes during that period would’ve allowed humans and animals to traverse otherwise desert regions.

With the paper on the Alathar footprints and fossils coming out in a few hours, now seems a good time to share a few images of this wonderful site, us getting excited finding things there, and a camel. pic.twitter.com/GQN9G5MzWJ

What do you think about these ancient, fossilized footprints found in Saudi Arabia? Are you hoping there’s some evidence for early humans riding camels like we are? Unearth your thoughts in the comments!