Nyan Cat GIF Sold at Auction for $587,000 in Cryptocurrency - Nerdist

Nyan Cat GIF Sold at Auction for $587,000 in Cryptocurrency

In a story that has “2021” written all over it, the crypto art platform Foundation has just facilitated the sale of the legendary Nyan Cat GIF for approximately $587,000. Or, what amounts to $587,000 in the cryptocurrency known as Ether. The piece of digital art will now be in the sole possession of its buyer, “0x7eb2…3f6b,” as a “cryptographic hash” on the Ethereum blockchain.

Gizmodo reported on the sale of the Nyan Cat GIF, which transpired on February 19. The GIF’s creator, web comic author Chris Torres, put the piece up for sale on Foundation, noting that he’s remastered it for its tenth anniversary. (A process that included deleting a star appearing out of nowhere in the the original 12-frame animation.)

“I’m looking at [the GIF] right now, and I’m like, ‘Yes, it looks good,” Torres said in a phone call with The Verge. “I think it turned out really well this time around.” 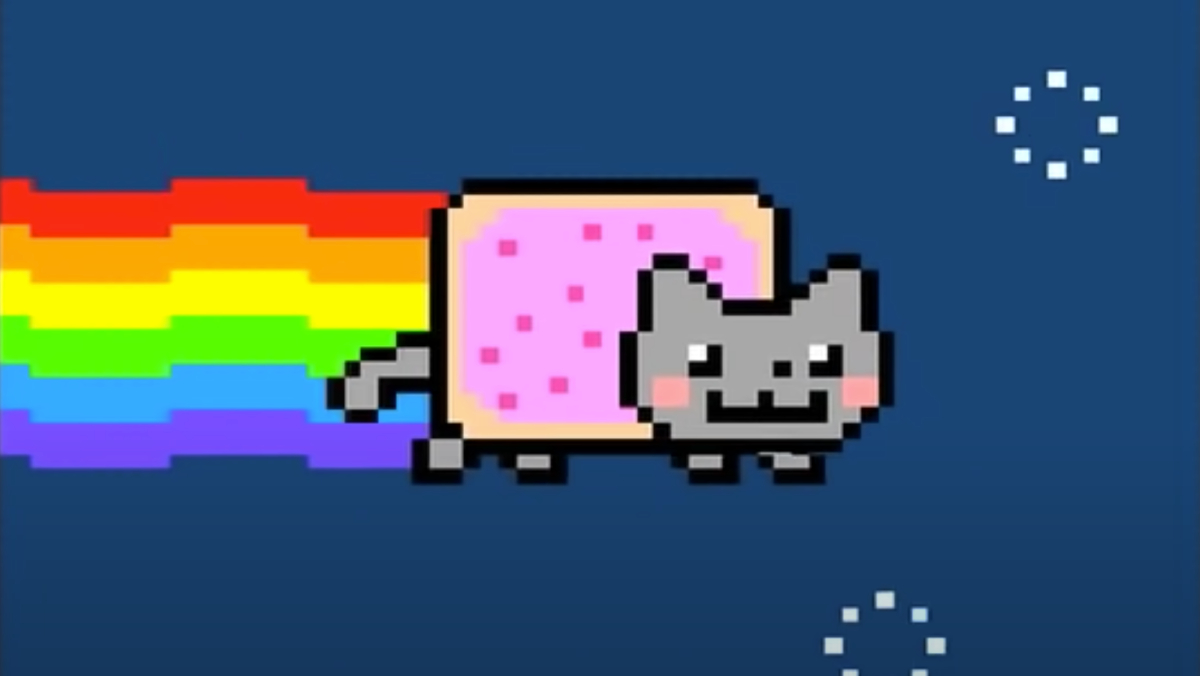 0x7eb2…3f6b, a nameless Foundation account without a profile description, purchased the GIF using Ether, the sole currency of the platform. For those unfamiliar, Ether is a cryptocurrency; unlike other cryptocurrencies, it has specific and limited use. (Ether is like tax credit that decentralized apps can use to “pay” for their data usage on the Ethereum blockchain; that is, the Ether can be used to pay transaction fees for exchanging Ethereum cryptocurrency, which requires someone—so-called “miners”—to process transactions.)

“[Crypto art] gives power to the creator,” Torres added on his call with The Verge. “The creator originally owns it, and then they can sell it and directly monetize and have recognition for their work.”

This means that even though Torres earned a cool half-million-plus for the GIF (the price of Ether fluctuates), he can keep earning money off of it if 0x7eb2…3f6b sells it in the future.

For those who’re worried about their own usage of the Nyan Cat GIF or video, don’t be. This sale in no way affects everyone’s ability to use and enjoy the Nyan Cat GIF. Nor the video (immediately above), which, as of this writing, meow has more than 185 million views.