Every week, talented artists share their illustrations and paintings inspired by Critical Role and its heroes, Vox Machina and the Mighty Nein. For those of us who have looked longingly at that incredible art and wished we could do something similar even though we have zero artistic skill, Critter Eliza Ferdig has come to our rescue.

She’s created and shared Mighty Nein coloring pages so even the most artistically-challenged Critical Role fans can happily put their own spin on the show’s colorful characters.

Download and print the coloring pages from the gallery below.

Eliza has been a fan of Critical Role since June 2015, just a few months after the stream started. “My husband was like, ‘Hey, check it out, Geek & Sundry has a D&D show with voice actors!'” she recalls. “We’ve been hooked ever since.”

She chose to create coloring pages for the Mighty Nein because of her love of the striking black and white lines of manga and unforgettable style of Disney animation. “I draw a lot of inspiration from them,” Eliza says. “I’ve tried other styles, but nothing comes to me quite so easily as those crisp, clean lines.” 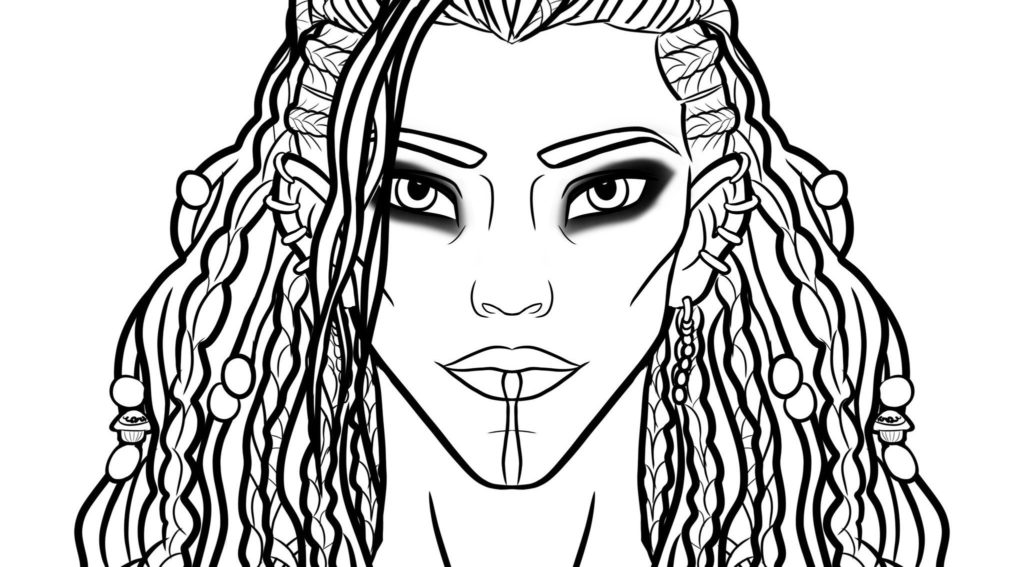 You might notice a distinct lack of clothing in the coloring sheets, as the original inspiration for the project came from the group’s visit to the bathhouse in Steam and Conversation. “I was just doing simple headshots when I first heard Molly describe his tattoos in episode nine; I knew I just had to try my hand at doing some of them!” says Eliza. “I imagined everyone else would also be in the bathhouse, hence, no clothing.”

If you haven’t picked up crayons or pencils since elementary school, don’t worry too much about coloring like a professional artist just because you’re an adult now. “Don’t be afraid to play around!” Eliza says. “Use whatever tickles your fancy, nothing is off limits when you are coloring for yourself. As Bob Ross often said, ‘There are no mistakes; only happy little accidents!'”

(And you can always print another copy and try again.)

If you’re a stickler for details and accuracy, take a look at Ariana Orner’s official portraits of the second Critical Role campaign to get your art to match your favorite characters exactly.

Why not share your artistic masterpiece once it’s complete? Add #CritterColoring to your photos on Twitter so everyone can find your vision of The Mighty Nein!