No Budget Gaming: Wild and Free

Have your pockets dried up like the rains in California? Has the Five Dollar section on Steam left you thirsty for cheap games? Fear not, No Budget Gaming has come to help you discern the video game oasis from vaporware mirages. This week, I’ll be taking a look at surreal French RPG Off, up and coming MMORPG WildStar, and Taiwanese action RPG Eternal Senia to help you decide if these games are worth your precious time…

Because this week, all three games I’m reviewing are 100% free!

Off is a surreal horror French RPG made by Mortis Ghost back in 2015. You, the player, help guide stoic holy man(?) The Batter, on a quest to purify the world, as well as defeat frightening creatures known as Specters. While its graphics are dated, Off oozes style. From it’s subversive 4th wall shattering story to its creepy jazz soundtrack and distinct and unnerving artwork , Off feels memorable in a way that few RPGs are. The gameplay calls back to vintage Final Fantasy: mind-bending puzzles, Active Time Battles (ATB), random encounters, and all the other classic staples are present. For a nostalgia junky like me, it’s great fun. That said, some of these elements do feel dated and may irritate gamers used to modern conveniences, especially if the game’s engaging but bonkers story doesn’t get its hooks in you.

Ultimately, I would recommend Off the way I would recommend a bizarre European movie with subtitles. If you want a stylish game that is truly different from what you’d get anywhere else, I would highly recommend it. Just hold onto your hat, because things get very, very weird.

You can download the English translated version of Off here. Sorry, PC only. 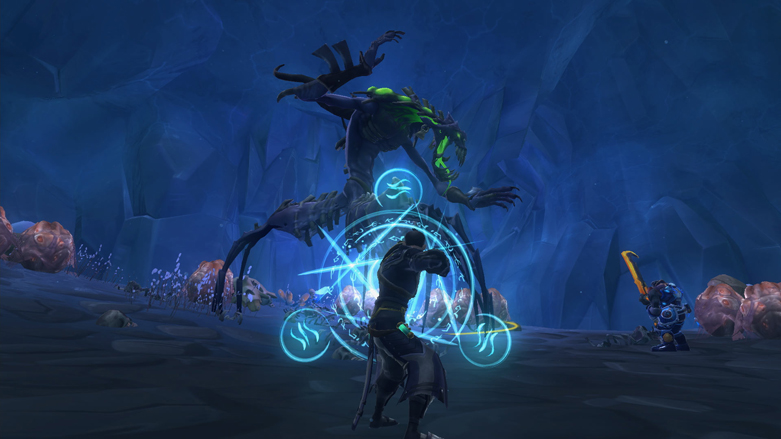 WildStar is an MMORPG from Carbine Studios that just went free to play this past September. I am far from an expert on the genre, but WildStar feels like a standard-MMO. There is a variety of whacky races, the archetypal classes (Fighter, Mage, Assassin, Healbot), quests to collect ten bear asses, everything you’d expect is here. The game’s visual and audio aesthetics reminded me of a Phantasy Star Online with Warcraft’s goofier traits throw in. There is even a fairly involved story you may or may not care for, par for the course with MMOs. There really isn’t too much to add: WildStar is your run of the mill MMORPG.

That said, none of this familiarity is negative, it just poses a question of whether you enjoy the staples of an MMO in their most ordinary form. I did, for the most part, and found WildStar miles and above Trove, another freeware game which also borrows a number of ideas from its predecessors (and was not fun at all). If you’re looking for something truly distinct and unique, you may want to look elsewhere. Otherwise, I found going through WildStar’s first couple of hours familiar, but simple fun, and with a zero dollar price tag, deserves a try. 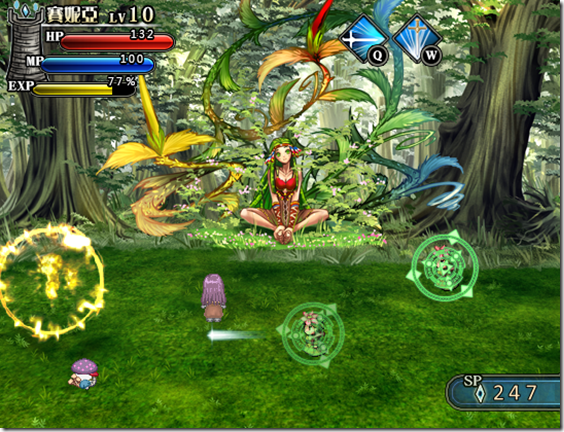 Eternal Senia is a Taiwanese action-RPG that centers on Senia, a young swordswoman looking for her adopted older sister in a monster infested tower. The story is nothing noteworthy, but the gameplay was straightforward, if a little scant. If you’ve played the 2d Legend of Zelda, Ys, or Legend of Mana series, then Eternal Senia will feel like a watered down version of those. It gets the top-down, dungeon crawl formula spot on, but lacks the long-term depth and diversity that keeps you playing for 30, or even 60 hours. The music and graphics were the weakest part of the game. While the artwork was alright, hearing the same generic themes and running through the same 5-10-year-old backgrounds on repeat was obnoxious. If it costed a few more dollars, I would’ve turned Eternal Senia down because of these alone.

What saved Eternal Senia was its flexible playstyle. Do you want to blaze through the game as quickly as possible? You can do that. Do you want to grind for the best gear and then have the game up its difficulty to match your top tier power? You can do that too. Eternal Senia was upfront about how deep down the rabbit hole I could go, which let me control how much time I invested. This made it a very easy game to play in chunks, as opposed to a 60-hour time suck, and definitely made up for its lack of polish. If you’ve got a hankering for classic Zelda or obscure action JRPGs, give Eternal Senia a spin.

That’s all for this week. Have a request for what genre or category of games I should look for my next installment? Leave it in the comments below. Until next time.