THE NIGHTMARE BEFORE CHRISTMAS Gets a Sequel Comic (Exclusive Preview) - Nerdist

THE NIGHTMARE BEFORE CHRISTMAS Gets a Sequel Comic (Exclusive Preview)

Although it’s been 25 years, Disney still hasn’t made a sequel to Tim Burton’s The Nightmare Before Christmas. And you know what? That’s probably a good thing. But creative individuals in other mediums have found cool ways to expand on the story of Jack Skellington and the residents of Halloween Town. One of those mediums is manga, as publisher TokyoPop is bringing out an official sequel set in the world of the beloved film. This newest OGN is called The Nightmare Before Christmas: Zero’s Journey, from the creative team of writer D.J. Milky, artist Kei Ishiyama, and cover artist Kiyoshi Arai. Focusing on Jack’s beloved ghost dog, this original story is being released as 20 single-issue comic books collected into four full-color graphic novels, and a black-and-white collector’s edition manga. You can see an exclusive preview of pages from the first graphic novel collection below. 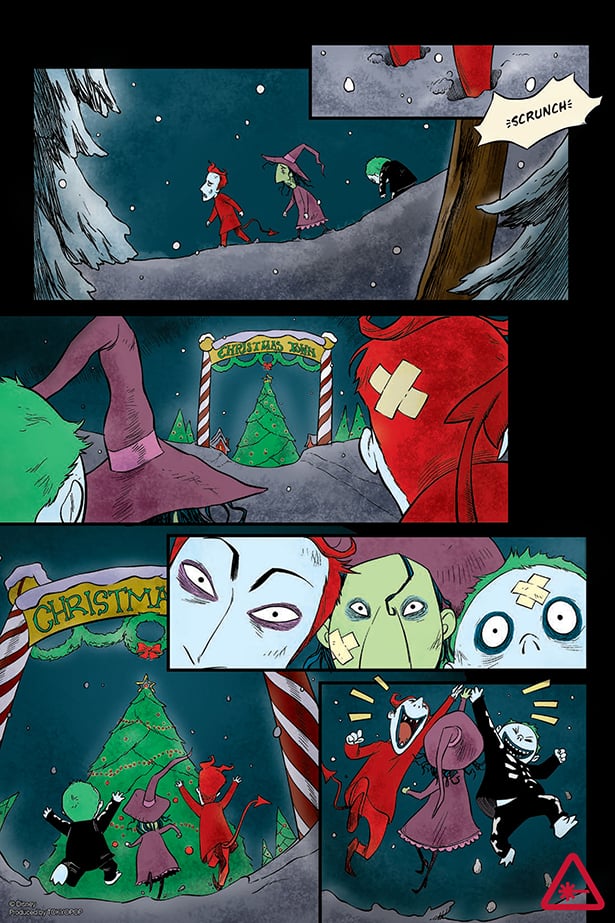 Here’s the official description for Zero’s Journey from TokyoPop:

“When Jack Skellington’s faithful pet Zero gets lost, the ghost pup must get the help of the residents of Christmas Town to find his way back. With Halloween plans on hold while Jack mounts a search, will they be reunited in time to save both holidays? Set in the wonderful world of The Nightmare Before Christmas as created by Tim Burton, explore the magical realms of Halloween Town and Christmas Town through the eyes of Zero as he tries to find his way home in an unfamiliar world in this brand new story written and created by TOKYOPOP.”

Reading that description makes me think I wouldn’t mind that story as a movie at all. Or maybe a televised holiday special in the vein of the old Rankin-Bass stop motion Christmas specials from the ’60s, like Frosty the Snowman and Rudolph the Red Nosed Reindeer. 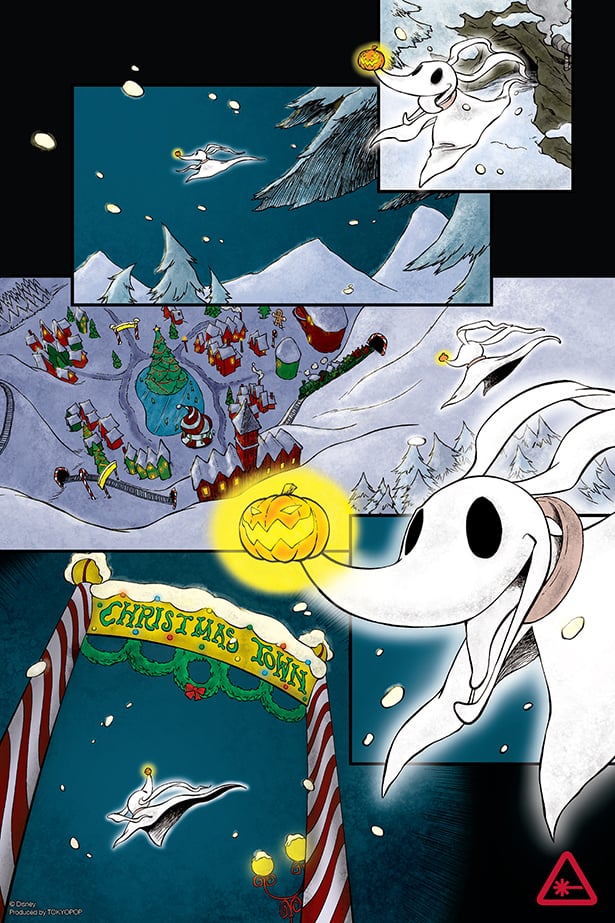 And for those Nightmare fans out there that will be attending New York Comic Con next month, there will be a special panel where you can join the creative team behind The Nightmare Before Christmas: Zero’s Journey for an evening of behind-the-scenes stories, discussion about how the brand new comic came to be, and a chance to win a copy of the first graphic novel. And there will also be a free screening of the classic movie that inspired it all. The panel will take place on October 4, and will be held in room 1A24, from 7:45 PM to 10 PM.

The Nightmare Before Christmas: Zero’s Journey hits stores on October 2.

Are you excited about this long awaited return to Halloween Town? Be sure to let us know your thoughts down below in the comments.

TAGGED: The Nightmare Before Christmas