Nichelle Nichols shifted television culture with her portrayal of Uhura, Star Trek’s brilliant linguistics expert and communications specialist. Her starring role in a series about traversing the universe brought hope and inspiration during the 1960s powerful civil rights movements against racial injustices. However, Nichols’ power went far past TV and into real-life space exploration through her collaborative work with NASA. Now, fans can learn more about her impact in the documentary Woman in Motion: Nichelle Nichols, Star Trek, and the Remaking of NASA. The film’s name is an ode to Nichols’ company Women in Motion, Inc.

The special film will document her campaign for diversity in NASA’s Space Shuttle Program in the late 1970s and 1980s. This epic venture led to the hiring of Dr. Ronald McNair and Dr. Sally Ride among nearly 8,000 incredible people. Women in Motion will feature commentary by Nichols along with other notable guest appearances including Martin Luther King III, George Takei, Rod Roddenberry, Pharrell Williams, and more.

In an exclusive Woman in Motion clip, Nichols recalls meeting one of her biggest fans: Dr. Martin Luther King, Jr. The civil rights icon and Trekkie told her that he allowed his kids to watch only one TV show—Star Trek. King III briefly recollects how special it was to watch Trek adventures with his famous father.

“It was always a wonderful experience because Dad did not have a lot of time to actually watch anything with us because he was so engaged in civil and human rights campaigns and the struggle,” said King. “But, I guess in retrospect it was important to him and it was certainly important to us to have time with our Dad.” 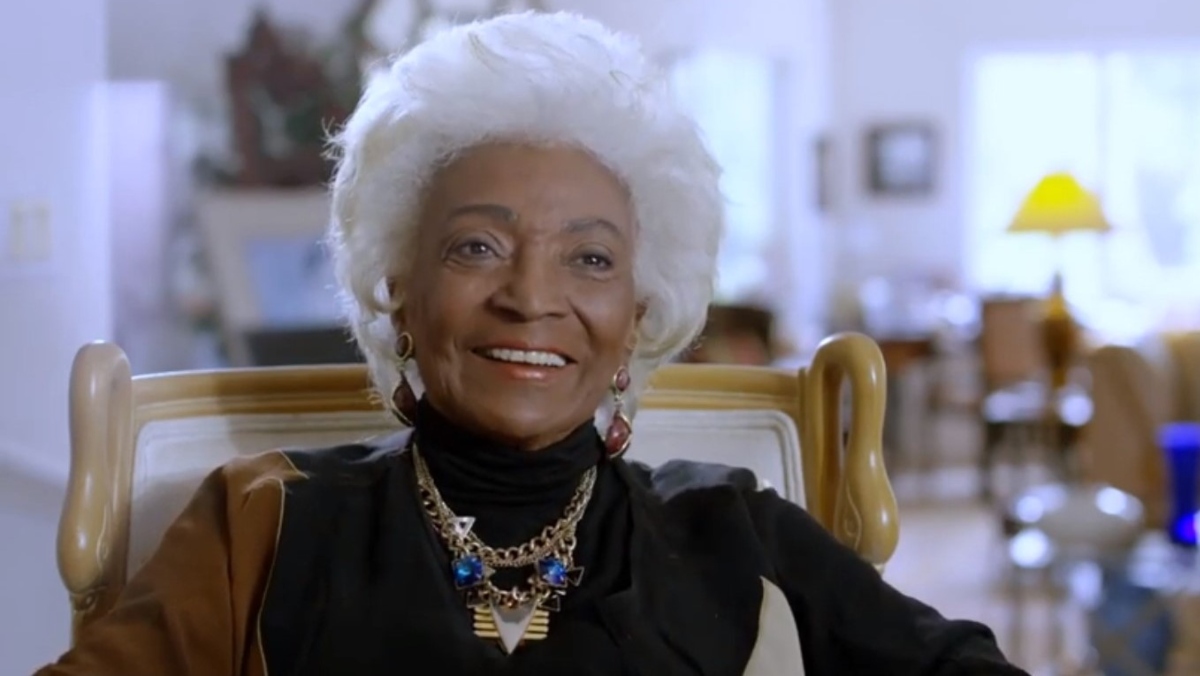 The clip also features a snippet about how she nearly quit the series until Dr. King changed her mind. She sums up their conversation via an older interview where Nichols reveals his wise words.

“[Dr. King] said ‘You don’t understand the effect you are having, not only on Black people, not only on young women, but on everybody. Everybody’s mind and attitude is changed immeasurably simply because you are there.’” Woman in Motion will hit theaters for one night on February 2, 2021. The Fathom Events screenings will also include behind-the-scenes material as well as a brief documentary about making the film.