Every new step of video gaming, surely even back to the advent of Pong, carries with it at least pinch of anxiety for the board gaming set. Will this be the flashy gadget that totally lures everybody away from the tabletop? Who’s going to be satisfied with a box full of cards and pieces when there’s this flashy console with so much processing power?

Clearly, we’ve seen again and again that such conventional wisdom has been off, in so many ways. Tabletop gaming has continued to thrive, no matter what cutting edge apps are announced at E3. Nevertheless, it’s so pleasing to hear developers group an announcement of new VR gear with fond reminisces about all the great experiences they’ve had at game night. Geoffrey Zatkin and Demetri Detsaridis, late of EEDAR and Zynga respectively, talked at length in a recent interview with Gameindustry.biz about how they see VR as a tool to preserve the social aspect of gaming.

Wait, wouldn’t it be the opposite? Aren’t players putting on bulky headsets that shut them off from the rest of the world? 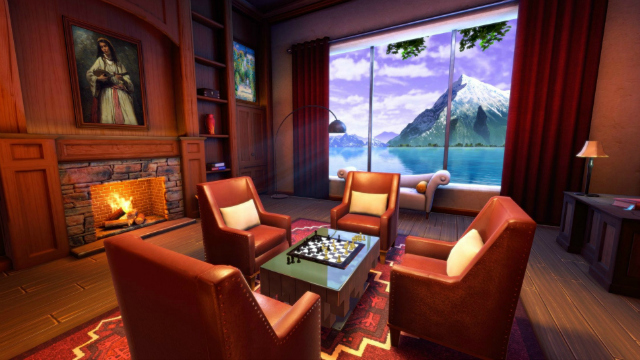 Well, at this duo’s new outfit, Experiment 7, the aim is to create a platform–or a fantasy location, more specifically–where the age-old hang-out atmosphere can transplant to. Indeed, it’s more than a little telling that the company’s first offering is Magic Table Chess, which obviously updates one of gaming’s most tried and true classics.

A couple quotes from this interview say much about Experiment 7’s social focus.

“…the difference between a ‘looking at a screen’ experience and a VR experience is the difference between talking to my wife on Skype versus talking to her across a coffee table. Presence is something that in-person games have, and that most traditional video games don’t… Some of my best game playing memories involve slotting quarters into Street Fighter II machines, the group improv nature of dungeon mastering, watching an opponent’s expressions in Magic: The Gathering, and shaking hands after a Warhammer 40k match.”

At the moment, the company’s offering just a couple locations where gamers can meet up and pit pawn-to-queen strategies against each other. One is a posh and cozy mansion room with a beautiful view of a mountainside lake. The other is a lounge on the deck of a space ship with a sprawling view of the cosmos. One seemingly offers players a weekend stay at a billionaire’s vacation home, the other essentially invites them to kill time on the deck of the Enterprise. Still, the specifics of the settings don’t matter as much as the social functions they’ll enable.

“Geographically, I’ll never be able to get all my high school or college buddies back together for a game night. But with VR’s sense of presence combined with its capacity to bring games to life in magical new ways… we can start to get at something even better.”

At the moment, it’s only Magic Table Chess that’s being offered, and it’s actually free-to-play on a number of different platforms. Unsurprisingly, Zatkin and Detsaridis have clarified that their intention right now is to start small, and with something well-proven. Chess doesn’t needs to be play-tested, of course. And just like old Solitaire games that were built into the earliest generation PCs, this is surely just a hint at what Experiment 7 can handle. The owners are already teasing “original titles by legendary creators.” 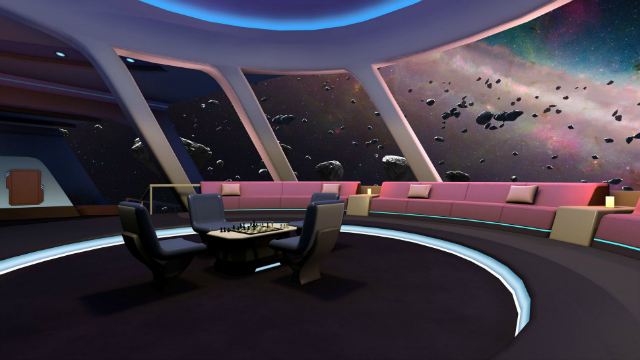 Is Experiment 7 offering a more social vision of VR? What’s your dream location for a game night? What other old standards would work well in this new, little set-up? Do drop your thoughts in the comment section.