COVID-19 has many filmgoers worried about the future of cinema. But apparently the industry has even bigger issues to contend with than we feared. We’re now concerned that a Sith Lord will condense power and bring every chain and movie house under his rule. Sure, that might sound a bit dramatic; but you’ll be thinking about Palpatine too after seeing plans for a new movie theater in Paris whose “original” design looks exactly like the Republic Senate seen in the Star Wars prequels.

Ōma Cinema has shared architect Pierre Chican’s plans for a “new era of movie theaters,” motivated by the need to distance safely from fellow patrons. The company will eschew traditional theater setups that date back to ancient times. Instead of rows of seats that go up and back, it will build circular booths against a flat wall. They are akin to box seats in some theater houses. But more worrisome is the fact that this arrangement almost perfectly resembles the floating pods of the Republic senate, first seen in The Phantom Menace. 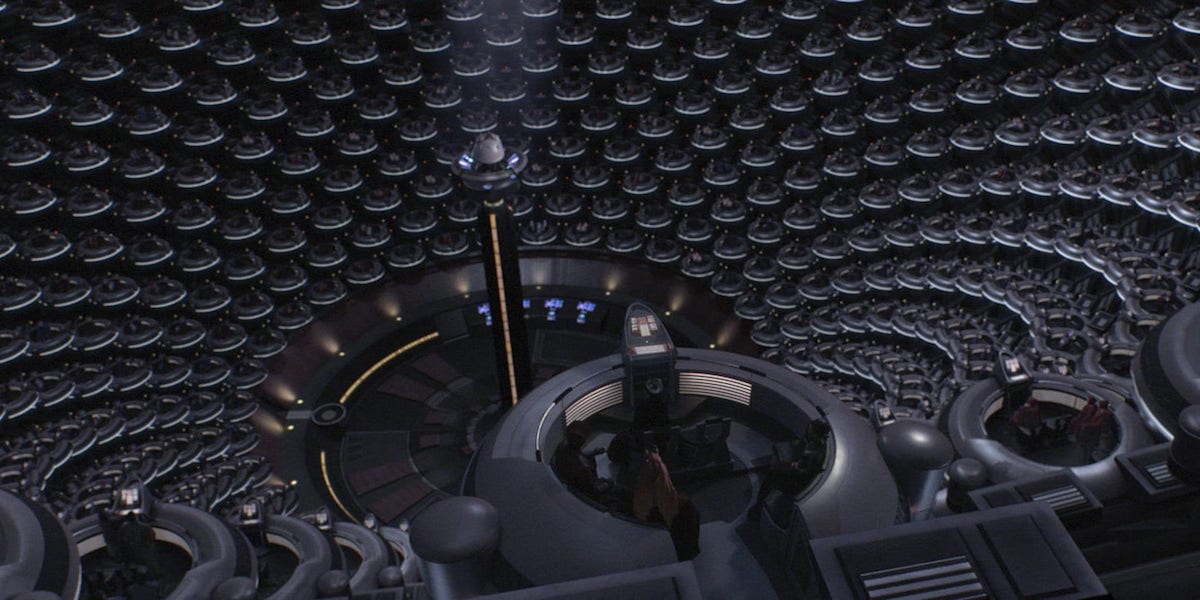 Imperial overtones aside, the design itself is very cool. Ōma says it will create a “cinematographic experience” that is “intimate, spectacular and immersive, where every seat in the house is the best seat in the house.” The theater is also designed to “offer viewers an exceptional audio and visual experience, projecting an image free of any distortion.” Plus, customers will be able to get personalized service access with VIP-corporate boxes, table service, and access to an exclusive lounge and bar. 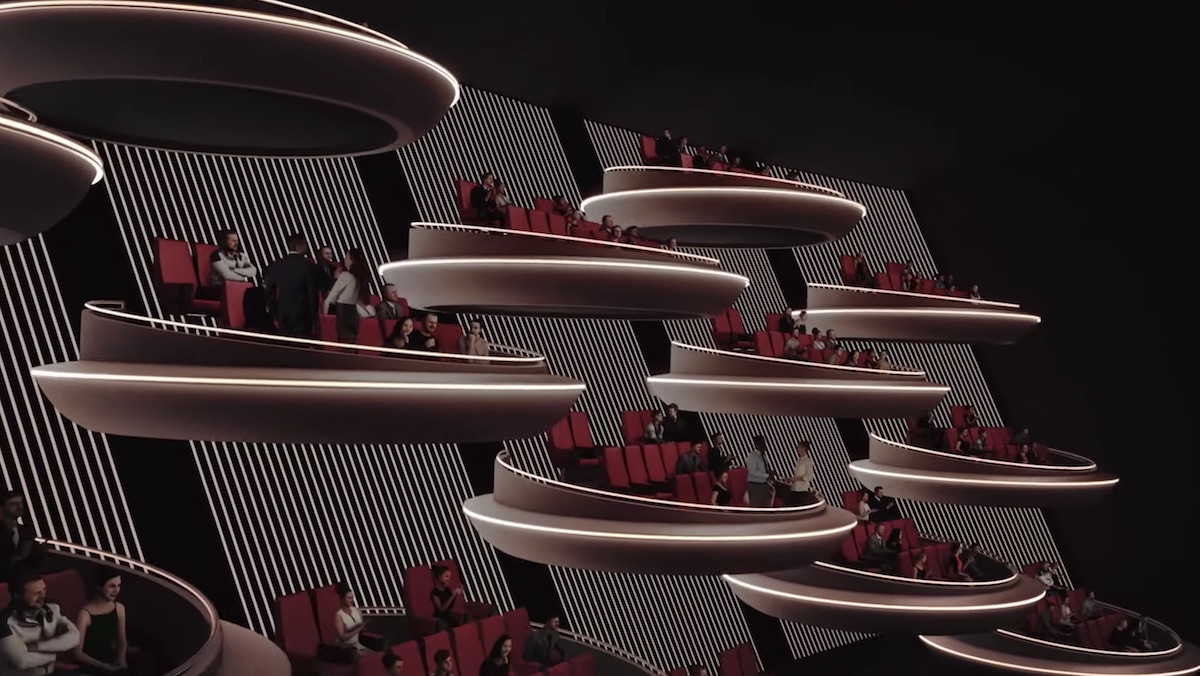 Plus, if an audience member doesn’t like the film they can call for a vote of no confidence in the movie. (No, wait. Don’t do that. That’s how Palpatine takes over movie theaters… and then the entire Galactic Senate.)