We’re hopeful by nature, but when you try to solve the mystery of what made one of our absolute favorite childhood cartoons so great, you better get it right, otherwise we’re gonna come at you like a hurricane. We’ll use race cars, lasers, aeroplanes–it doesn’t matter. Screw it up and we’ll make sure you hear from us. Fortunately for the Disney XD folks responsible for the upcoming DuckTales reboot, the first trailer for the show has us pretty sure this won’t be the worst of messes, but rather one of their biggest successes.FilledÂ of the original show’s sense of adventure, comedy, family, and silliness, this trailer had us laughing by the five-second mark. Though we have a hard time believing Unca Scrooge would ever allow himself to not be a big deal. 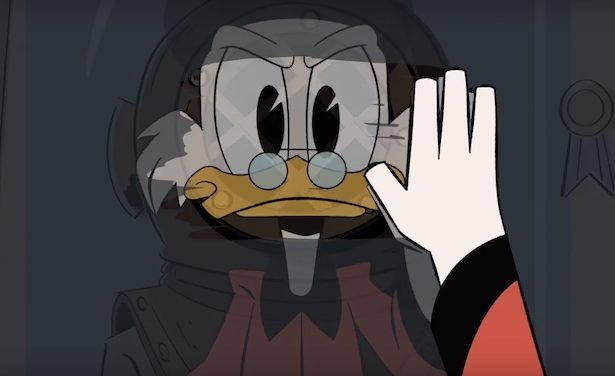 We’re not alone in thinking this looks like a winner either, since Disney XD has also announced that the series has been picked up for a second season, even though season one won’t even premiere until this summer. Considering the people that have signed on to the show, though, it’s hardly a surprise the network is behind this reboot.The show’s cast is indeed pretty amazing, with David TennantÂ sounding perfect as Scrooge McDuck, Danny Pudi, Ben Schwartz, and Bobby Moynihan voicing Huey, Dewey, and Louie, Beck Bennett as (personal favorite) Launchpad McQuack, Toks Olagundoye as the motherly Mrs. Beakley, and Kate Micucci as her granddaughter Webby Vanderquack. 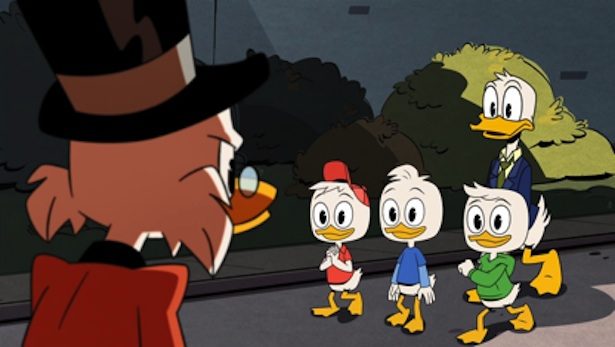 And if the talent of that group alone doesn’t have you excited for the show, did you miss when they sang the classic theme song? (A song that has been, no joke, stuck in my head for 20 years.) Even if you didn’t, watch it again and enjoy being happy for the rest of the day.We’ve never stopped dreaming of swimming in gold coins at McDuck Manor (even though we now know a swan dive into a sea of gold would instantly break our necks and kill us), but even though we’re not going to get to do that, after seeing this trailer we’re glad they’re out there making all new episodes of DuckTales.Woo-oo!What do you think of this first look at the new DuckTales?

If you’re seeking more animation, here are nine anime series you need to watchÂ this spring