Doom Eternal is finally arriving this spring, and we’ve got the brand new trailer of demon destroying action for all you fans out there. Many of whom have been waiting very patiently since the game was first announced back at E3 in 2018. This new trailer gives Doom fans a glimpse at brand-new enemies like the Marauder and the Gladiator, shows off vicious and bloody new glory kills, and also displays the devastating power of the Crucible weapon. In fact, this newest game will have twice as many demon classifications as the 2016 game, which this is a direct sequel to.

You can check out the new Doom Eternal trailer down below, and witness what the team at id Software has in store for the latest chapter in the Doom Slayer’s violent, decades-long saga.

Doom Eternal was developed by id Software and will be published by Bethesda Softworks. This is the fifth main title in the Doom series overall, and a direct sequel to 2016’s Doom. The game was originally slated for release in fall 2019, but various delays now have it set to be released on in the spring of this year instead. Doom Eternal will be available for Microsoft Windows, PlayStation 4, Stadia and Xbox One, with a Nintendo Switch version planned for a release at a later date. The aesthetics of this new game are meant to match more closely with those of the original games from the ’90s.

As in past iterations of the game, players will once more assume the part of the Doom Slayer, an ancient warrior who battles the infernal minions of Hell. And as before, it’ll be from a first-person perspective. The game will continue to emphasize “push-forward” combat, which will encourage players to aggressively fight enemies in order to acquire health, ammo and armor. Among the weapons players will have access to this time are the combat shotgun, the super shotgun, the heavy cannon, a rocket launcher, plasma rifle, BFG 9000, and ballista. As if that wasn’t enough, there will be melee weapons as well, such as a chainsaw, the “Crucible Blade” energy sword, and a retractable arm-blade.

Doom Eternal will also feature a new multiplayer mode known as “Battlemode.” This will pit two players against one in a no-holds-barred battle. One player will assume the role of the Slayer, while the other two players will take on the roles of various demonic entities. As the game will be set on a version of Earth that has been overrun with nasty demonic forces, be prepared to expect the unexpected. 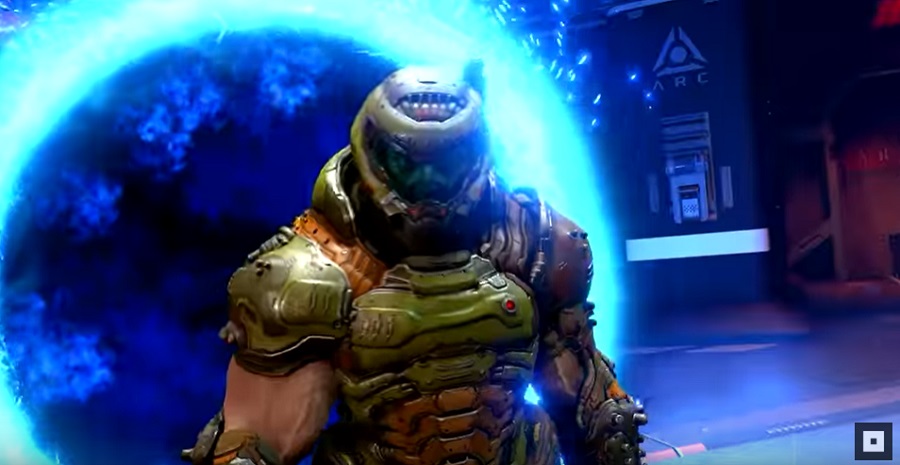 Doom remains one of the longest running and most popular video game franchises of all time, having first released its original way back in 1993. Since then, there have been sequels and spin-off games galore, including novels, a board game, and even two movies—a 2005 film starring Dwayne “the Rock” Johnson and its straight-to-video sequel without the Hobbs and Shaw actor, released last year.

Doom Eternal will arrive on March 20.