A New BABY-SITTERS CLUB TV Series is Coming to Netflix

Say hello to your friends!

Never one to shy away from nostalgic properties, Netflix recently announced that it’s going forward with a new live-action series based on the popular ’90s book series, The Baby-Sitters Club, written by Ann M. Martin. Rachel Shukert of GLOW will serve as showrunner, with Lucia Aniello as director and executive producer. According to The Hollywood Reporter, Alicia Silverstone has joined the cast as Elizabeth Thomas-Brewer, with Mark Feuerstein playing her husband, Watson Brewer–the mother and stepfather of our main protagonist, Kristy Thomas. They’re the only two actors announced so far, but Silverstein’s Clueless accolades make her a great pick for a series so synonymous with ’90s teenager girl-dom.

The 10-episode series is being marketed as “family friendly,” which sounds about right if you’re familiar with the books, about a group of teenage girls who start their own babysitting business in the sunny Connecticut community of Stoneybrook. 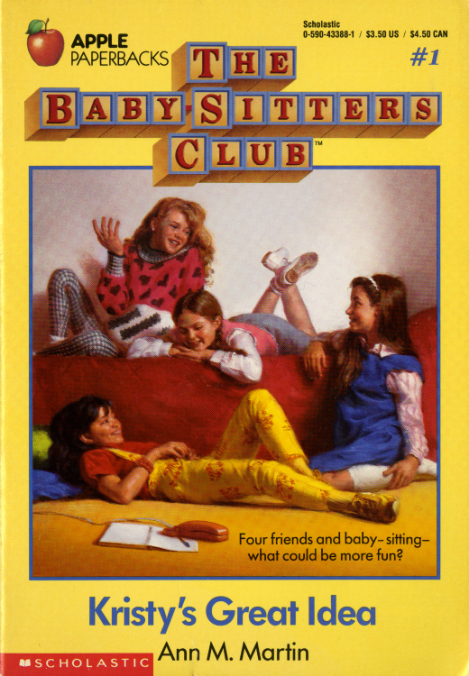 If you were a young girl during The Baby-Sitters Club heyday, this news is probably as exciting for you as it is for me. The series was the preteen Sex and the City in terms of character self-identification. Instead of being a Carrie, Charlotte, Miranda, or Samantha, you were a Kristy, Claudia, Stacey, Dawn, Mary Anne, Mallory, or Jessi. Each member of the eponymous club got multiple books dedicated to her, her babysitting clients, and her personal interests. Kristy was the sporty one, Stacey the shopaholic, Dawn the environmentalist, and so on. There truly was a character for everyone.

In addition to the book series–which started in 1986 and ran all the way through the late ’90s–there was also a Scholastic-produced TV series that aired on HBO and Nickelodeon in the early ’90s, and later a 1995 film starring Schuyler Fisk, Rachel Leigh Cook, Larissa Oleynik, and Ellen Burstyn.

According to a press release from Netflix, the new series will bring back the five core classic characters–Kristy, Mary Anne, Claudia, Stacey, and Dawn–instead of re-imaging new ones, which means it’s likely we’ll revisit some of the more famous book stories from its original run. Will we get modern takes on Kristy’s Great Idea? The Truth About Stacey? Mary Anne Saves the Day? Or maybe my personal favorite, The Ghost at Dawn’s House?

We can’t wait to see what they conjure up. With Ann M. Martin signed on as an executive producer, we imagine there will be some good, nostalgic fun to be happy with these characters we adore.