Will Ferrell and Rachel McAdams Duet in Netflix’s EUROVISION

Eurovision is an annual international musical contest whose former winners include ABBA and Celine Dion. But describing it like that is akin to saying the Sistine Chapel is a church with some paintings. The massive event is a great competition, but it’s an even better spectacle. There’s really nothing else quite like it, which is why it is a perfect premise for the upcoming original Netflix comedy. You might think the film’s first promo—a music video starring Will Ferrell and Rachel McAdams as budding Icelandic musicians singing their original track “Volcano Man”—is totally over-the-top if you’ve never seen the actual show. Their costumes are absurd, the setting laughably epic, and the lyrics totally ridiculous. It’s a completely bonkers and hilarious track. But if you have seen Eurovision before, you know that this is par for the course.

“Volcano Man” is the first look at Netflix’s Eurovision Song Contest: The Story of Fire Saga. David Dobkin (Wedding Crashers, The Judge) directs, with a script from Will Ferrell and former SNL staff writer Andrew Steele. Based on the famous singing competition, it has been one of our most anticipated comedies since it was first announced in 2018. Here’s the official synopsis:

“When aspiring musicians Lars (Ferrell) and Sigrit (McAdams) are given the opportunity of a lifetime to represent their country at the world’s biggest song competition, they finally have a chance to prove that any dream worth having is a dream worth fighting for.” 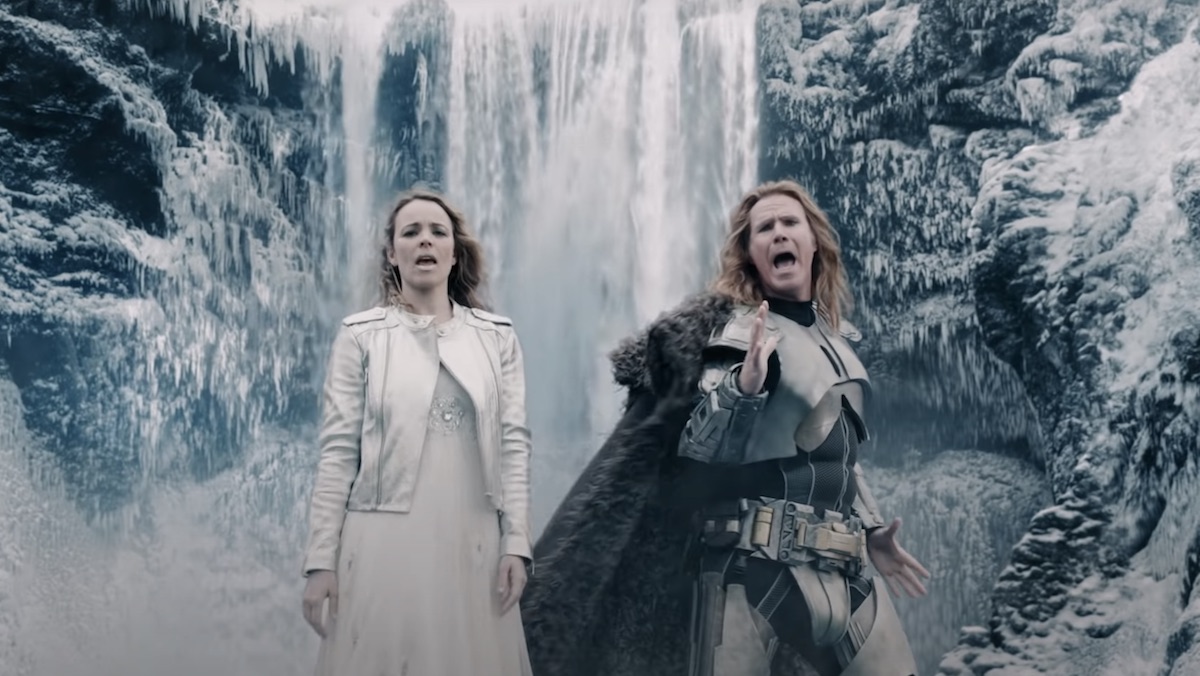 People expect Will Ferrell to be funny, but we’re just as excited to see Rachel McAdams in this movie. Game Night proved how hilarious she is as a comedic actress. And they’re not the only big names competing. Dan Stevens (Legion) will play Russian contestant Alexander Lemtov. Former Bond Pierce Brosnan will plays Erick Erickssong, Lars’ father “and the most handsome man in Iceland.” And Demi Lovato will star as Katiana, “one of the best and most angelic singers in all of Iceland.”

The film comes to Netflix this summer on June 26. That should help disappointed fans cope with the actual event’s 65th edition being canceled in March because of COVID-19.

“Volcano Man” will never get to enter the real competition, so we don’t know if it would have won. But it’s absurd enough that it would have had a real chance.