Netflix and DreamWorks released a flurry of new announcements in a press release today, revealing six new original cartoons that’ll be coming to our screens in 2018. Trolls: The Beat Goes On!, The Boss Baby: Back in Business, Harvey Street Kids, The Epic Tales of Captain Underpants, Trollhunters (Part 3) and 3 Below, and the most exciting of all:Â She-Ra! Yes, the Princess of Power will returning and the show will be helmed by none other than Lumberjanes and Nimona creator Noelle Stevenson. 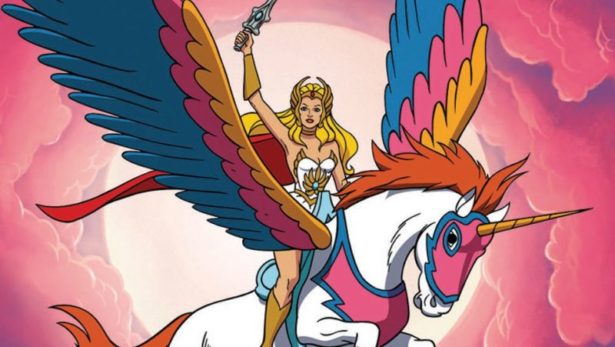 For those who have yet to come across She-Ra in all her rainbow-hued glory, she’s the twin sister of Prince Adam of Eternia, a.k.a. He-Man. Introduced in the animated movie The Secret of the Sword as a foe for He-Man, she soon found out she was his secret sister (Star Wars much?) and became a part of the greater He-Man world. Holding aloft her Sword of Protection, Princess Adora gained the power to transform into the heroic She-Ra! All caught up? 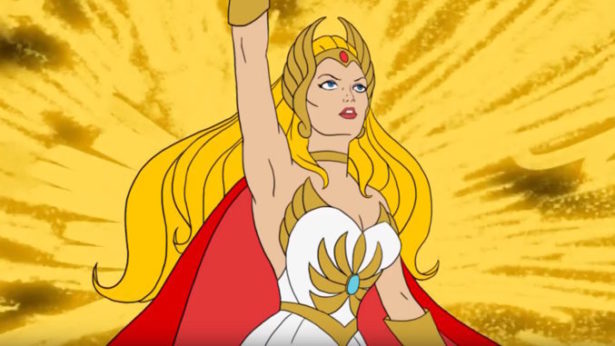 Stevenson is the Eisner Award-winning creator behind some of the biggest comics phenomenons of the past decade. BOOM! Studios’ Lumberjanes is the tale of a group of young girls at a magical summer camp, and Nimona explores the path of a young shapeshifter who just happens to have a penchant for villainy. Both books gained a huge cult following and are currently being adapted for the big screen. Stevenson is an inspired choice for this project. Not only did Nimona put a subversive spin on the techno barbarian genre which is also home to He-Man and She-Ra, but her storytelling often focuses on the struggles of young women coming of age and learning how to deal with burgeoning powers. 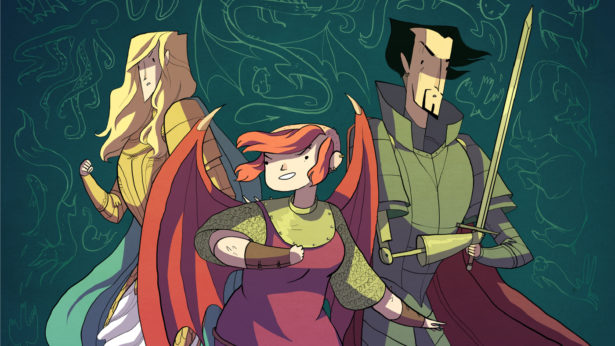 It’s thoroughly exhilarating to see a creator as talented and radical as Stevenson take on an iconic yet underserved property like She-Ra. The possibilities honestly feel endless. Since Stevenson’s work often deals with sexuality, friendship, and personal growth, this could be the She-Ra show fans truly deserve. Though Stevenson made her name in comics, she’s in no way a new hand in the world of TV and has worked on a number of great shows like Bravest Warriors, Tangled: The Series, Lego Star Wars: Freemakers, and the fantastically popular Ducktales reboot. The new She-Ra show has been in the works for a while too as Stevenson shared via her Twitter today after the show was announced!

I’ve been working on this in secret along with some really incredible talent for almost two years now. Stay tuned for more details over the next few months – can’t wait for you to see what we’re doing.

DreamWorks Animation is clearly just as excited about Stevenson’s vision as we are. “The trailblazing property originally debuted in 1985 to satisfy overwhelming demand for a female lead fantasy series. With Stevenson’s unique voice at the helm, fans are in store for an epic and timely tale that celebrates female friendship and empowerment, lead by a warrior princess tailor made for today,” the animation powerhouse said in their press release.

We can’t wait to see this brand new vision of Etheria, She-Ra, and her beloved steed Swift Wind hit our screens in 2018. Are you excited for a new take on the retro-futuristic landscape of this classic Mattel show? Just happy to see Stevenson take full creative control on a flagship cartoon? Let us know in the comments

Catch up on more television news!