Netflix has been crafting a space for itself as a space for interesting and original animation like Tuca and Bertie, Kaoru and Rilakkuma, Aggretsuko, and of course, Bojack Horseman. They’re adding to that impressive lineup later this month with an unexpected and unique animated offering called Dino Girl Gauko and we have a first look at the art from the rad new show. 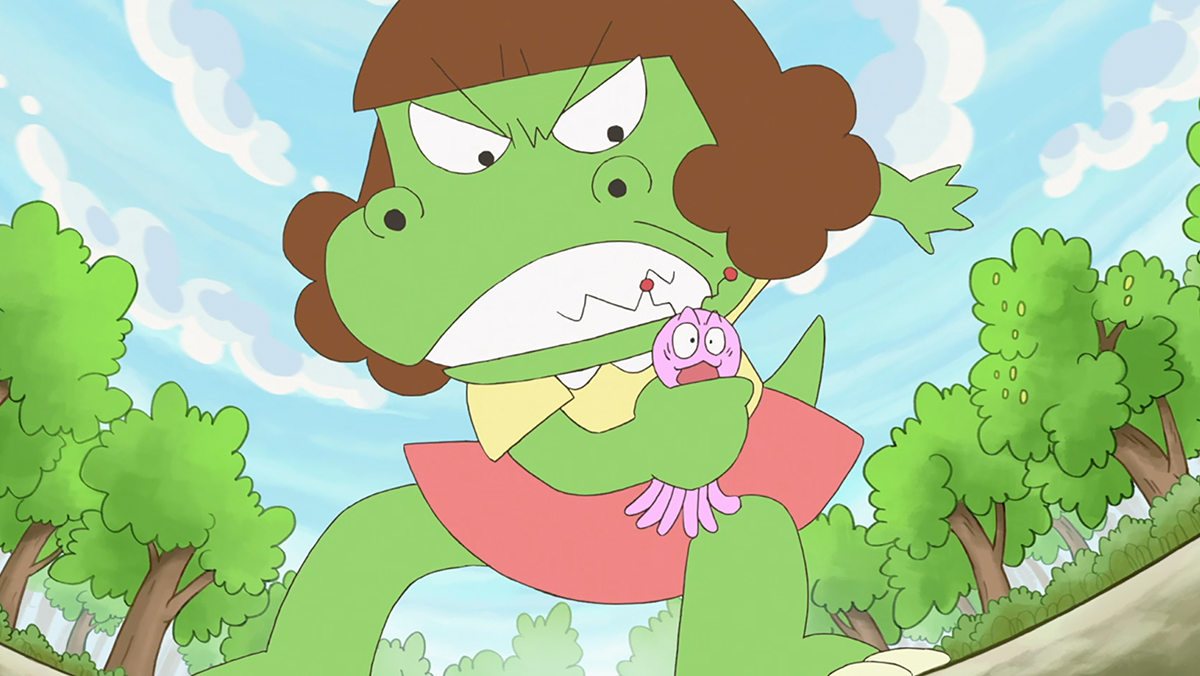 Created by acclaimed director Akira Shigino, who you might know from classic Japanese animation series like Shin-chan, Line Town, and Osomatsu-Kun, and written by Kimiko Ueno (Shin-chan, Pingu) the series centers on a young pre-teen girl living an average life in Japan, who just happens to turn into a fire-breathing dinosaur when she gets upset. The official description from Netflix gives a little more detail.”In this Netflix original animated kids comedy series set in Japan, Naoko Watanabe is a typical tween … except that she possesses a strange gift and curse: when her anger exceeds a maximum level, she turns into Gauko, the fire-breathing dinosaur girl!” It’s an enticing and original premise that promises to be a whole bunch of fun and an episode of Dino Girl Gauko actually aired at Annecy Film Festival earlier this year.

During the festival, Variety wrote about the strengths of the series.

“Dino Girl Gauko delivers a sometimes riotous left-of-field portrait of the coming of age of an almost totally normal tween girl. Naoko Watanabi’s worries are typical: In ‘Dad’s Little Secret,’·the episode competing this week at the Annecy Festival, for instance, she thinks Dad might be having an affair. Will he chuck her mom and her out of the house, and move his mistress in? But the way of addressing issues of identity, security and emotion is not typical at all. When Naoko gets into a tizzy, she turns into green-skinned dragon girl Gauko, literally breathing fire, reducing a local tea place to smoldering rubble, while still wearing her cardigan and pink skirt.” 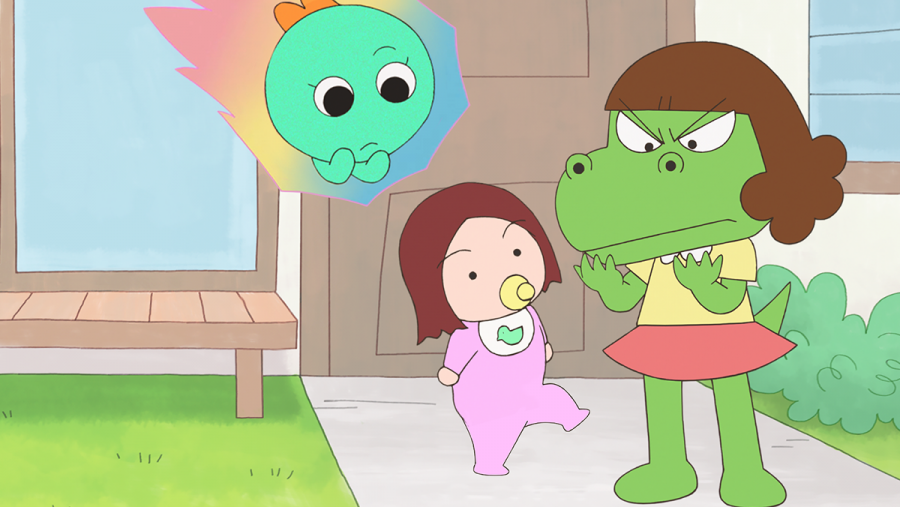 As our exclusive first look images showcase, the art has the distinctive style of Shigino’s other work like the super cute cartoon Shin-Chan which followed the very cute adventures of the titular five year old as he lived his life in the Kasukabe, Saitama Prefecture of Japan. It seems like Dino Girl Gauko will follow a similar slice of life narrative whilst adding a totally outrageous science fiction twist. We’re very into Netflix adding another exploration of female anger like what was done so well with their animated hit Aggretsuko and it’s great to see another cartoon from Shigino too! 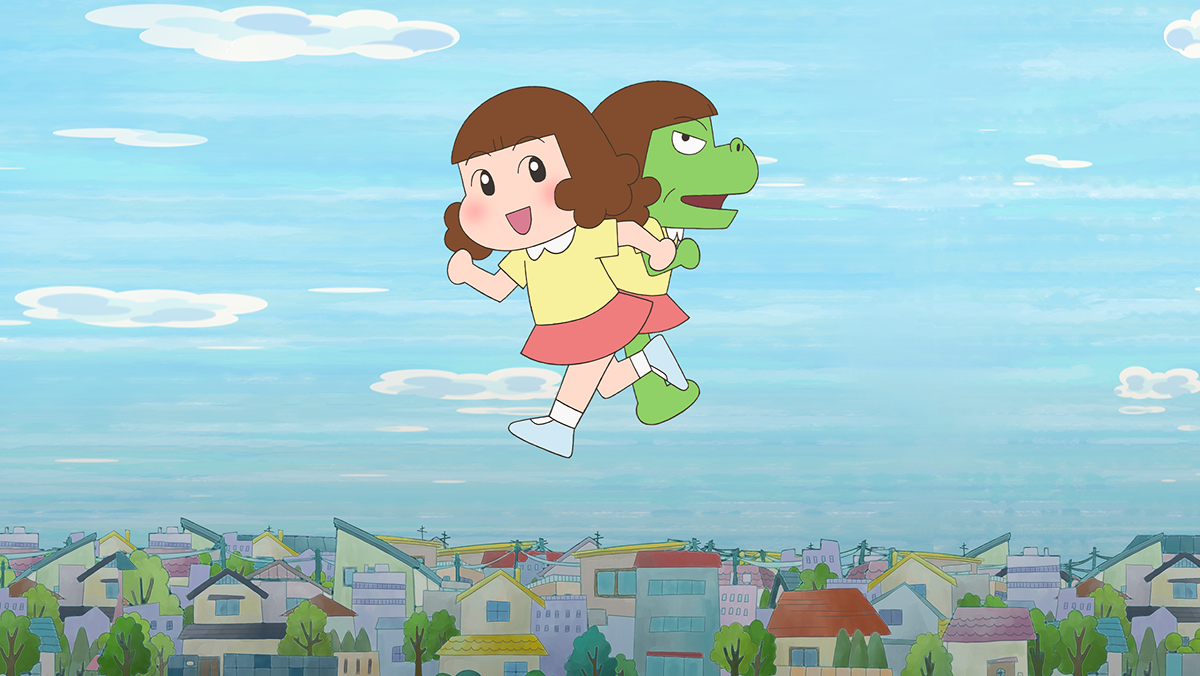 The series was announced in May of this year but today we’re super excited to announce that the series will be heading to the popular streaming service on November 22! It’s also got a unique format with each episode only running seven minutes long so not only is it going to be a hilarious and exciting new show, it’s totally bingeable too. We can’t wait to see all the adventures that Gauko will get up to in both her forms when she heads to our screens later this month.