Netflix has begun sharing full trailers for their upcoming “Netflix and Chills” lineup, and they offer some very different types of scares for your spooky season viewing options.

The first footage from their all-new series Daybreak combines a high school comedy with Mad Max, Battle Royale, and a zombieapocalypse, as gangs of students make their way through a post-Apocalyptic wasteland of monsters and teenage cliques.

While Daybreak feels like Parker Lewis Can’t Lose meets Evil Dead (with Matthew Broderick around to add some Ferris Bueller’s Day Off vibes), Netflix’s horror film In the Shadow of the Moon looks more like Twelve Monkeys and The Terminator combined with Jack the Ripper.

Netflix describes the film, which begins in 1988 Philadelphia and stars Boyd Holbrook and Michael C. Hall, as “a genre-blending psychological thriller that examines the power of time, and how its passing can either bring us together or tear us apart.”

Halloween used to be one day out of the year, but lucky for all of us, it’s now a whole season. And Netflix will soon be celebrating the spookiest time of the year with their annual “Netflix and Chills” starting in October. There will be several new horror/suspense films and series, as well as some family style scares as well. There’s even a new trailer for this year’s crop of scary movies, which you can check out down below.

Coming on September 27 is In the Shadow of the Moon, a suspense film about a serial killer who resurfaces every nine years. This one stars Boyd Holbrook, along with Dexter’s Michael C. Hall and Cleopatra Coleman. 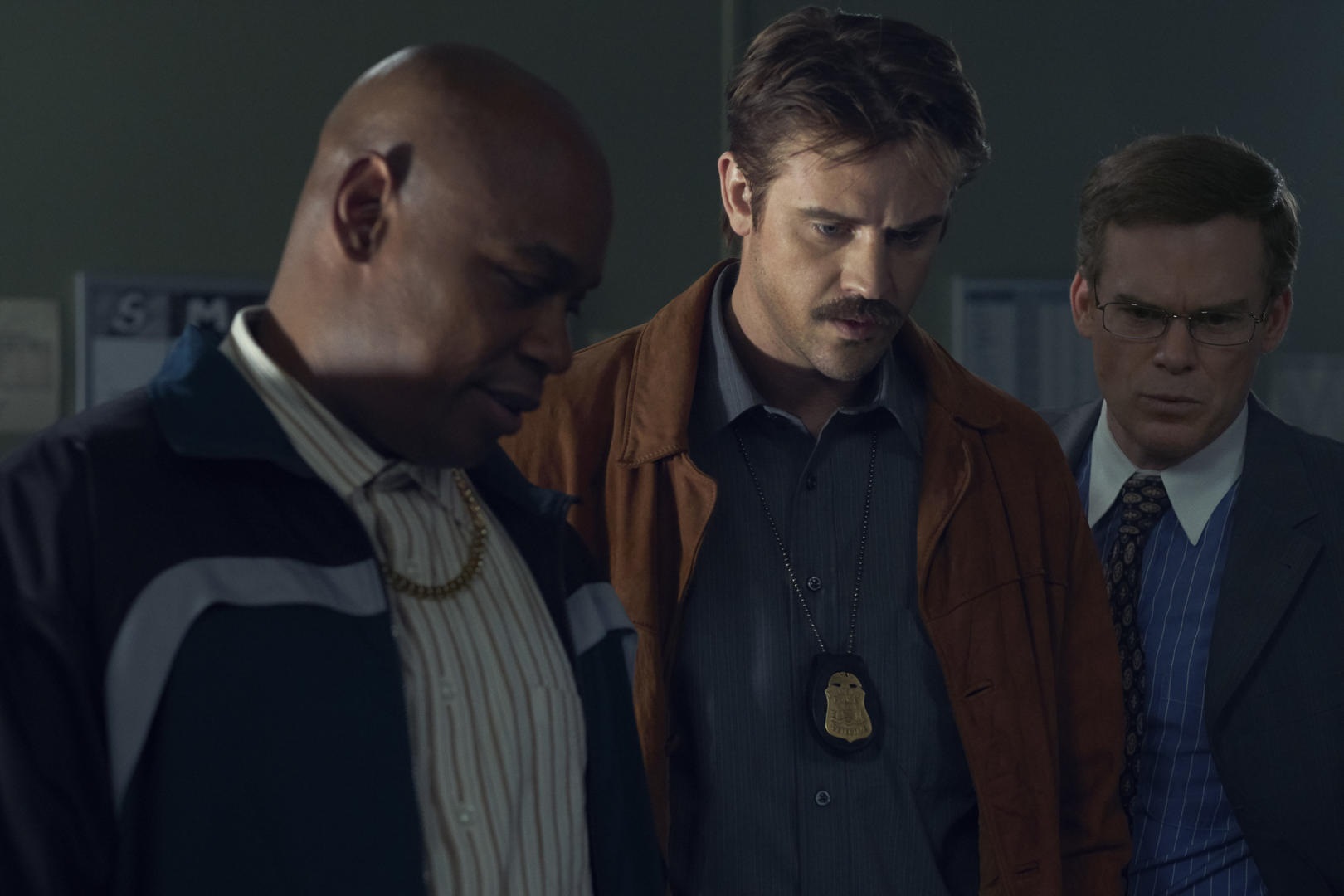 In the Tall Grass is based on the novella by Stephen King and his son Joe Hill, and focuses on two young sibling who hear the cries of a young boy lost within a field of tall grass. When they go in to rescue him, they find themselves in a supernatural trap which cuts them off from the outside world. This one drops on October 4th. 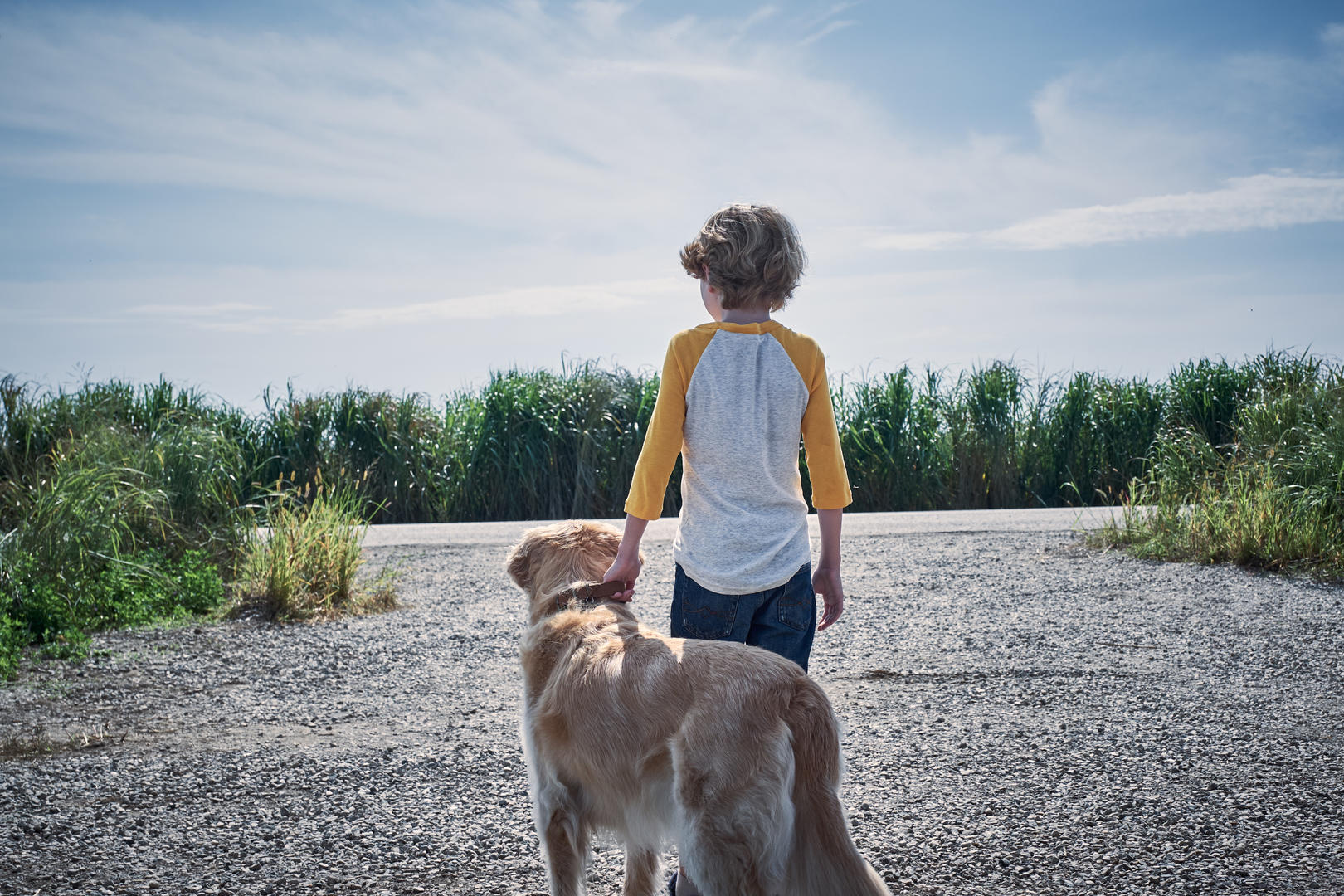 Fractured is next, and stars Avatar’s Sam Worthington and American Horror Story’s Lily Rabe. A family winds up in a rest stop on a road trip home; one of the family gets injured and has to go to a local emergency room. But they soon discover that the staff of this hospital have very dubious intentions. Fractured premieres on October 11th.

Eli is the story of a young boy with a rare medical condition which requires that he is cut off from the outside world, and is taken to a special doctor for treatment. But he soon finds that this safe house is haunted, and maybe not so safe after all. Starring Charlie Shotwell, Eli drops on October 18th.

Afraid of snakes? Then you maybe want to watch Rattlesnake with your hands covering your eyes. This film tells the story of a young mother whose child is bitten by a rattlesnake on a desert road. To save her life, she makes a Devil’s Bargain with a local with a mysterious woman. But she soon learns that the price for saving her daughter is high. Rattlesnake hits on October 25th.

Of course, there are also some spooky-themed Netflix original series headed our way this season as well.

Marianne tells the strange tale of a horror novelist who is taking a break from working on her latest novel. But she soon finds out that the demon from her book exists in the real world, and won’t allow her to stop writing. This series premieres appropriately enough on Friday, September 13th. 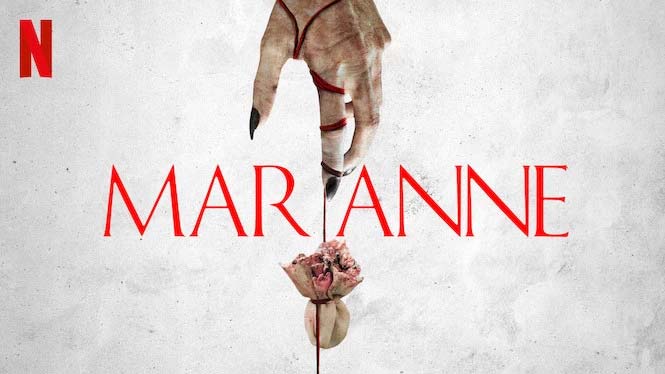 Glitch returns for season three, with new threats, a new mystery, and new bodies rising from their graves. 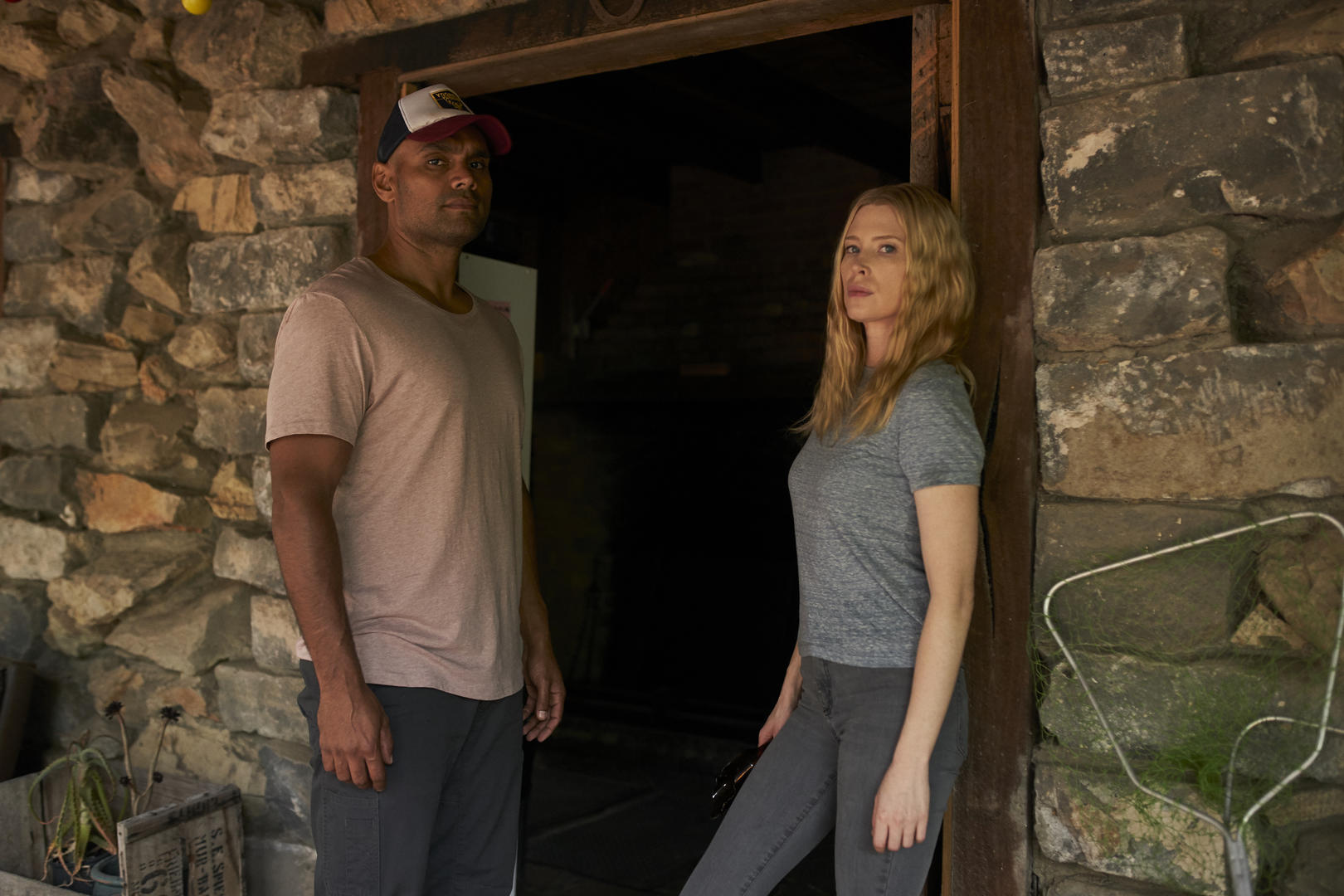 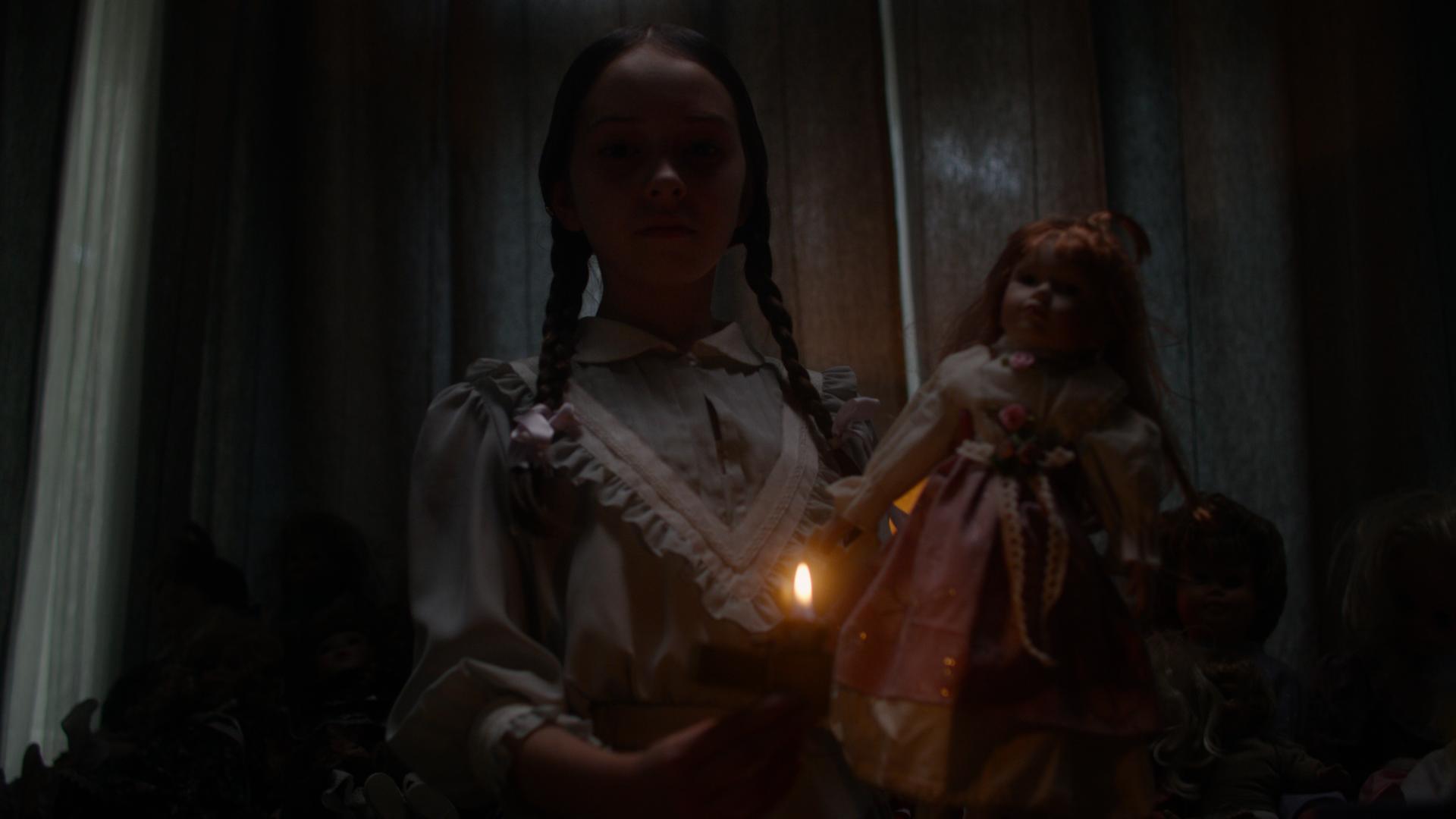 Daybreak is a new series about a group of high schoolers who survive a nuclear apocalypse on the even of the homecoming dance (bummer). A group of teens from different social cliques must fight to survive in what looks like the Breakfast Club meets Mad Max! This one arrives on October 24th. 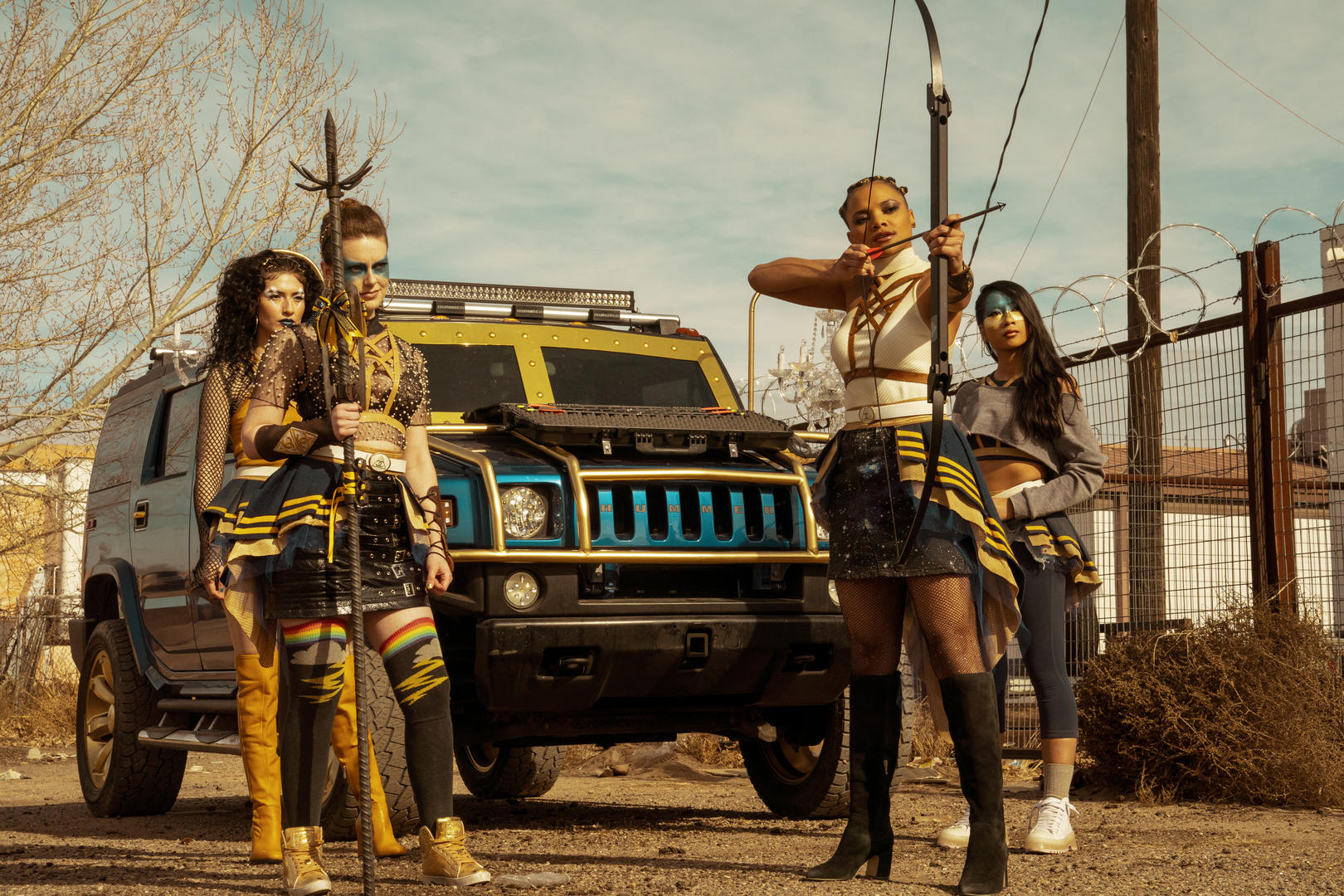 Stranger Things 4 might be a ways away, but its star Gaten Matarazzo returns to Netflix for a new reality hidden camera series called Prank Encounters. In this new series, Matarazzo takes two complete strangers on the surprise ride of a lifetime, where they will encounter some “supernatural” highjinks, and presumably get scared out of their minds. Prank Encounters drops just days before Halloween, on October 25th. 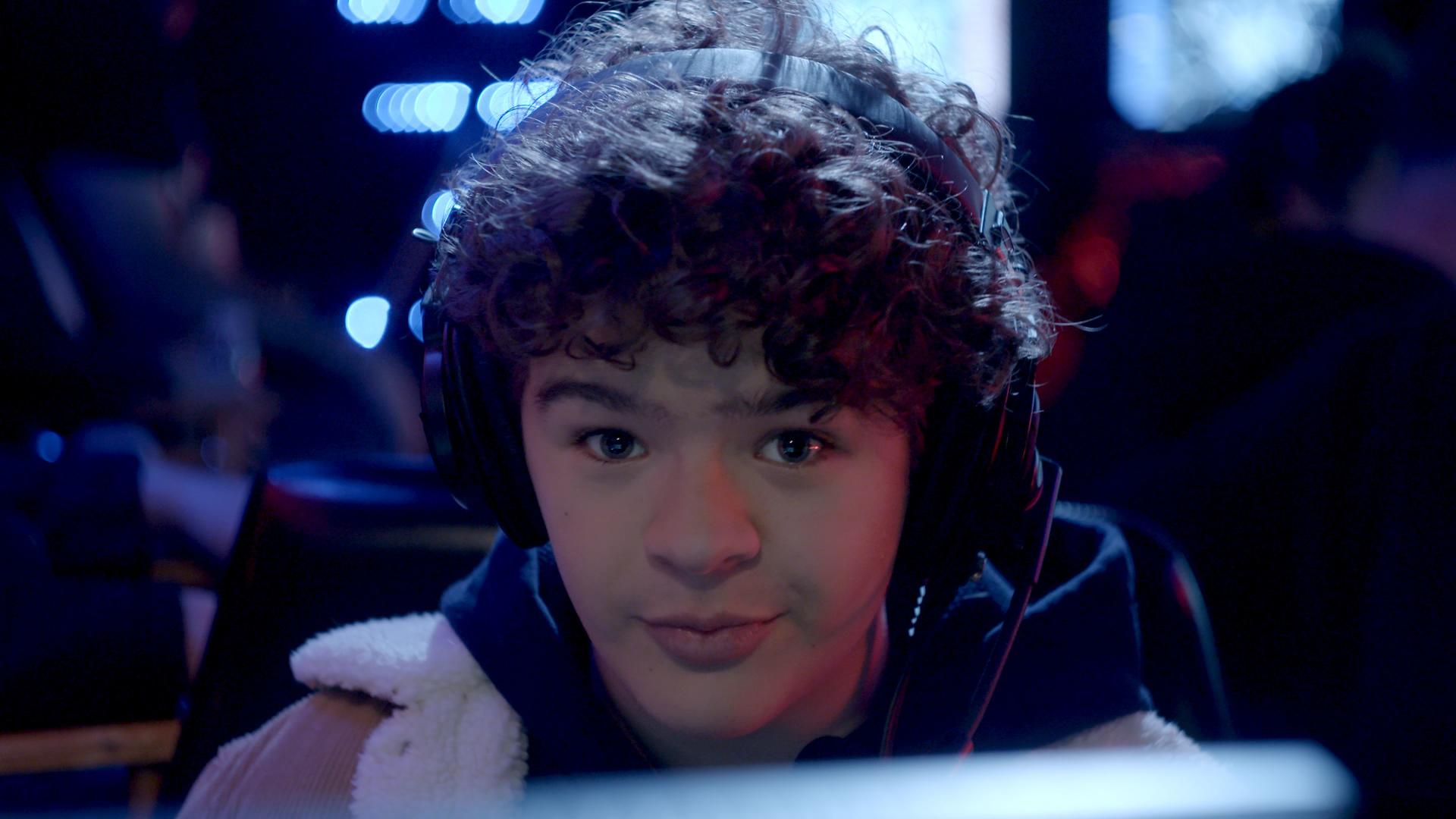 There’s also a ton of family “chills” this year, including The Last Kids on Earth, an animated special that finds a group of middle schoolers fighting the monster apocalypse. The special lands on September 17th, followed by a full season next year! 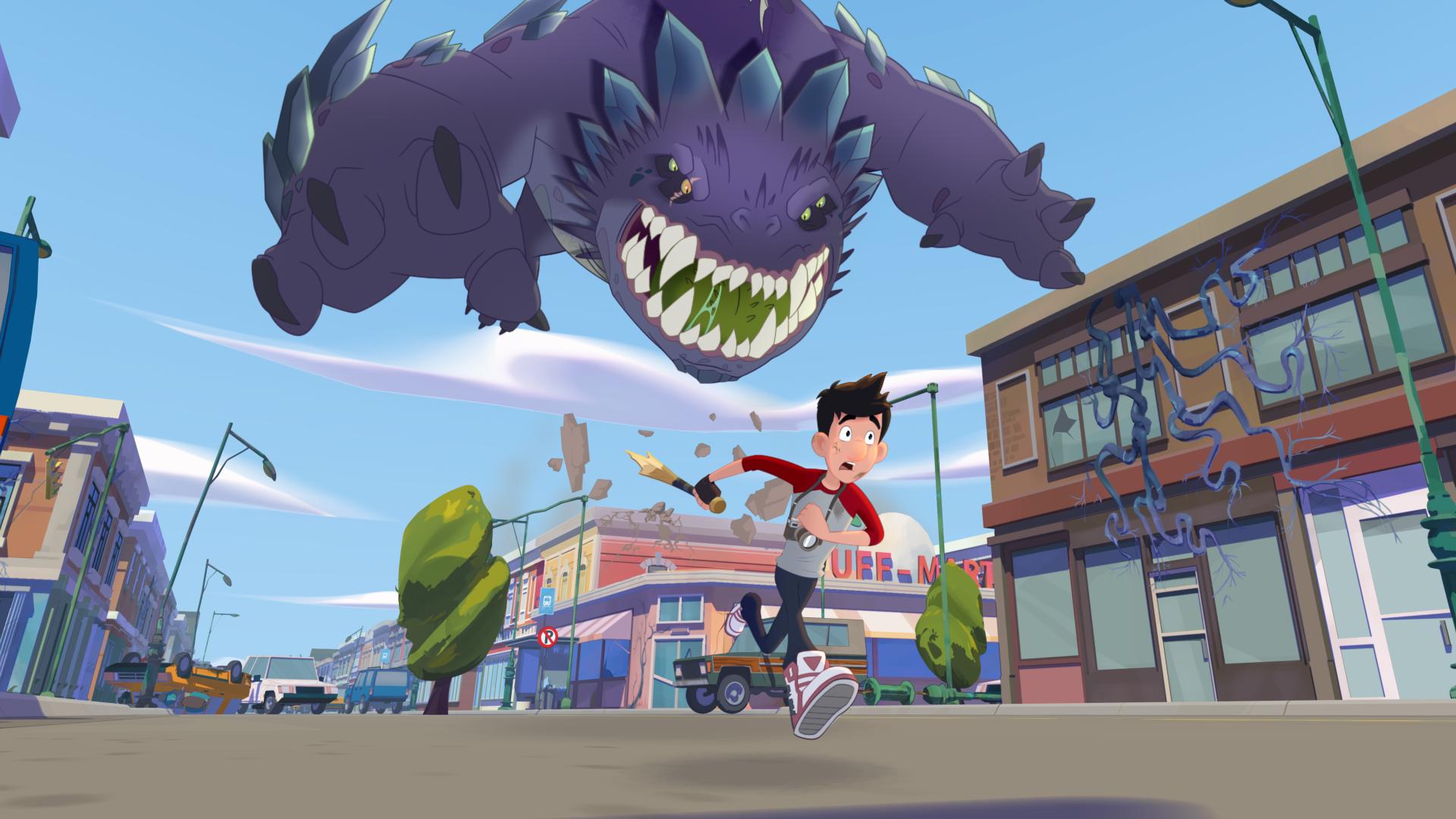 Creeped Out, a kind of Goosebumps for Gen Z, also returns for chills and thrills. The second season premieres on October 4th. 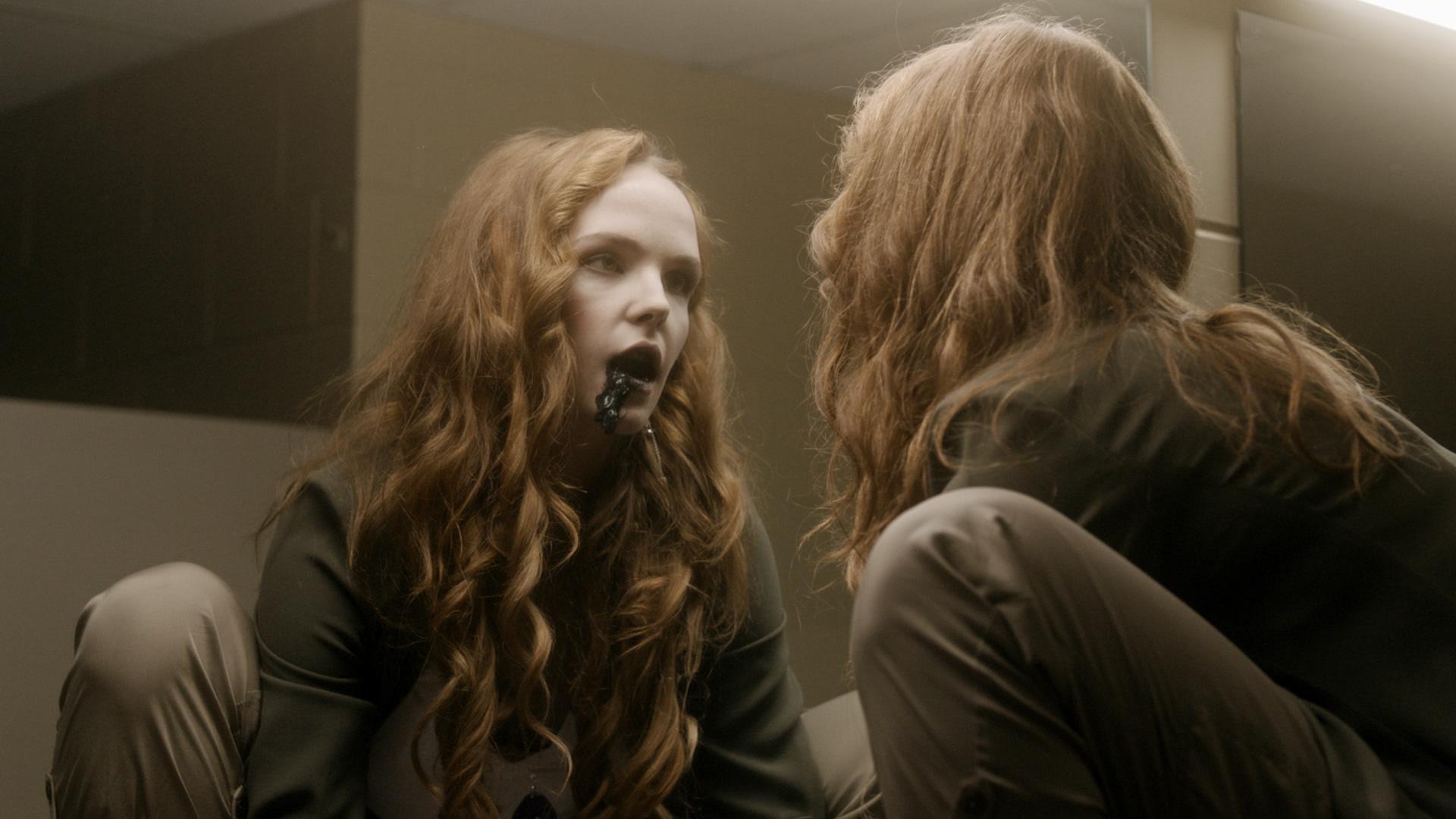 Return to Pitchfork Pines for a third season of Super Monsters, along with the Super Monsters: Vida’s First Halloween! The special and season three premiere on October 4th. 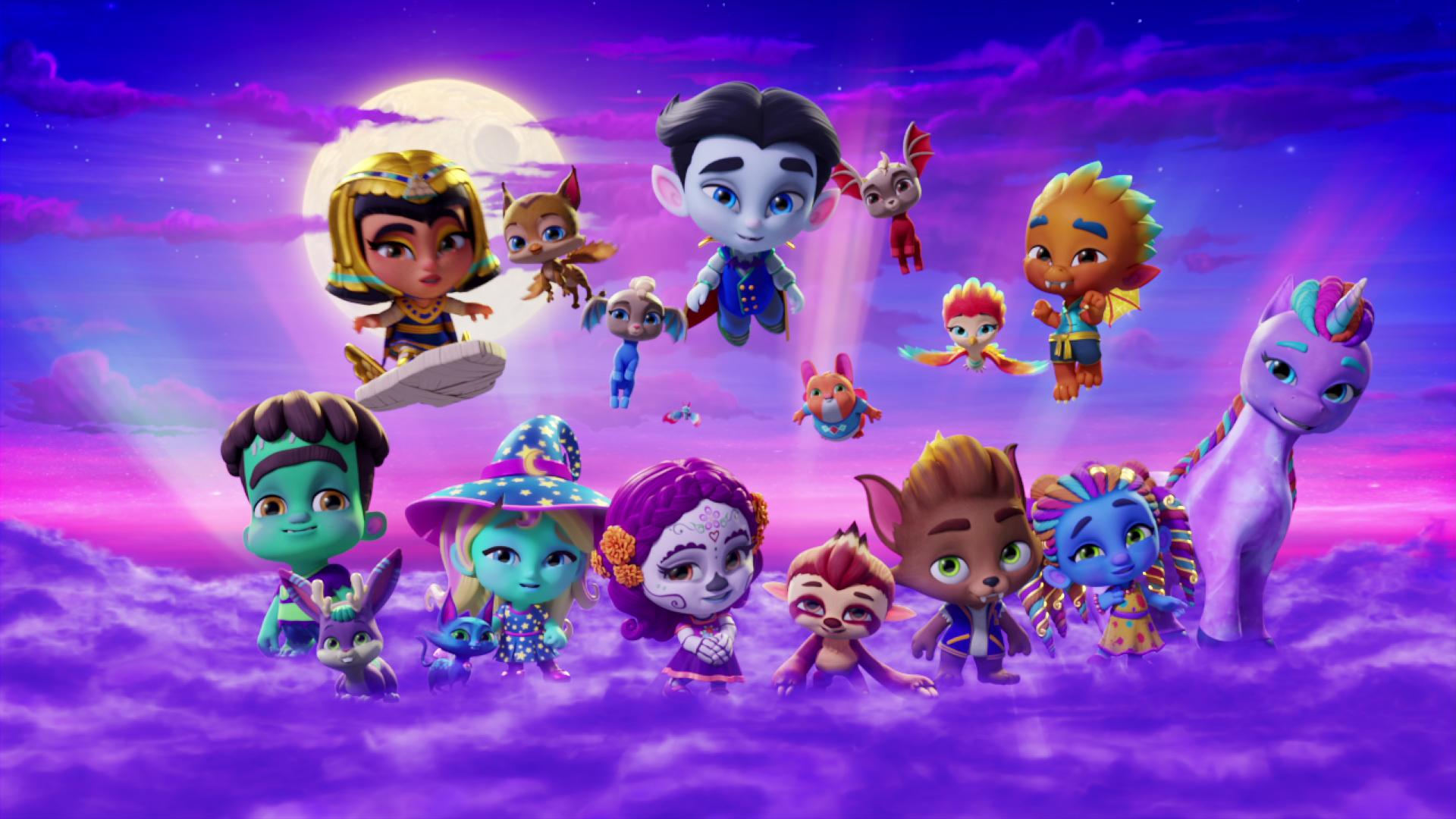 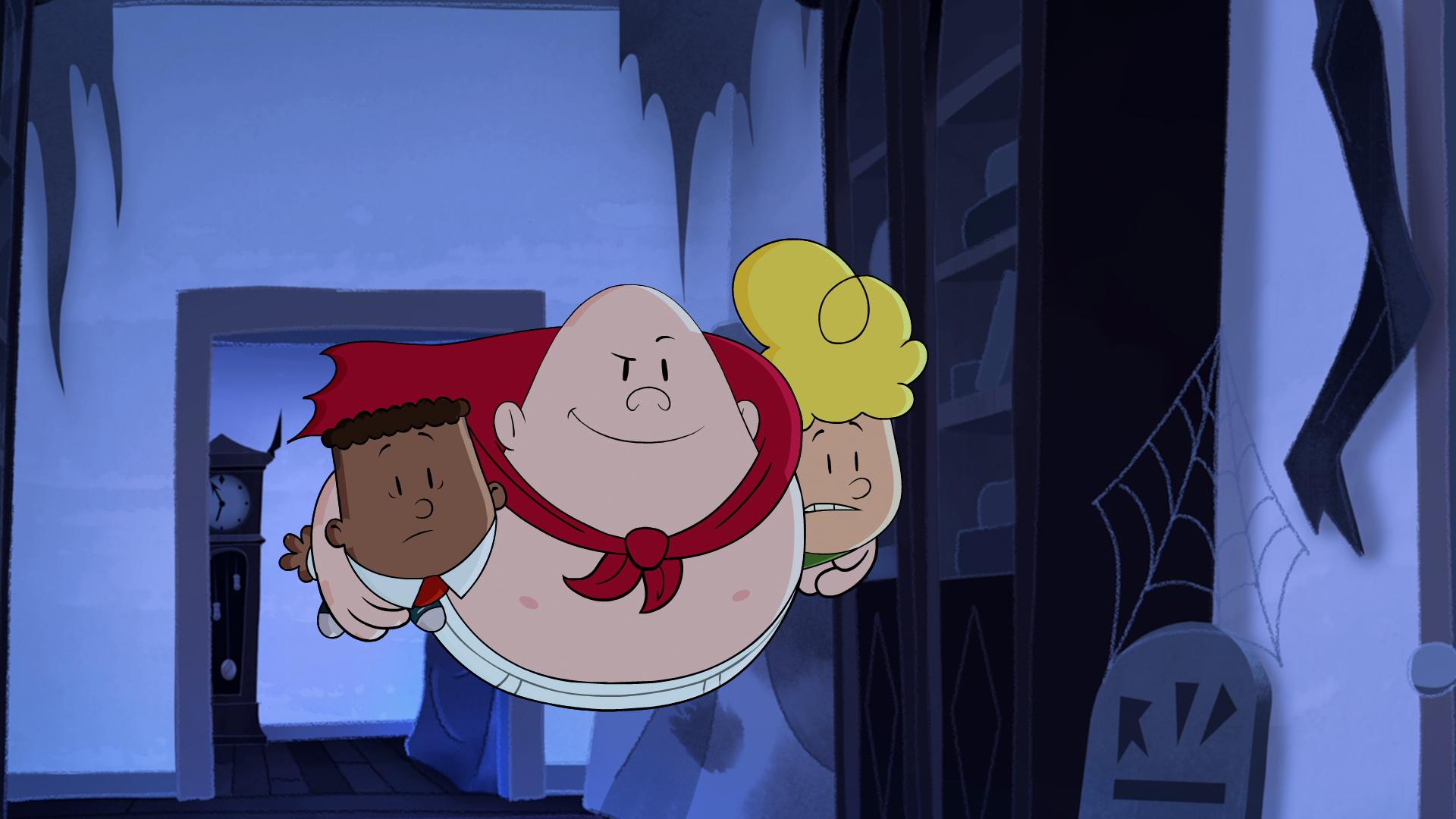 With all of this spook-tacular content, Netflix will have your Halloween season set! Now, where’s that bowl of candy at??