With their sophomore feature Nekrotronic, Aussie brothers Kiah Roache-Turner (director) and Tristan Roache-Turner (writer/producer) have proved themselves the kings of the cheeky horror-comedy genre mashup. Their 2014 debut, Wyrmwood: Road of the Dead, thrust a bloody zombie-comedy into an apocalyptic Mad Max-style road warrior narrative. Their follow-up is a leap forward in terms of budget and production value, and with it, the Roache-Turner brothers continue to enthusiastically combine horror and sci-fi subgenres, energetically piling on references upon references to great effect.

Nekrotronic feels like Quentin Tarantino had been watching a lot of Edgar Wright and Wachowski movies, and then decided to make a Ghostbusters film. Along with a Tarantino-esque appreciation for guns ‘n’ gore, it has the goofy, unassuming banter of Wright’s best genre exercises, a pair of heroines formed in the likeness of Trinity from The Matrix, a hero with a backstory worthy of Harry Potter, and a dash of Tron in the plot. But most importantly, it’s about busting ghosts.

And on top of all of that, Nekrotronic is a fun little slice of social commentary about our collective phone addiction, centering around a smartphone game that could be dubbed “Ghostémon GO!” (“Pokémon GhOst!”? We’ll workshop it). The iconic Monica Bellucci stars as a demonic soul-eater, Finnegan, who uses the game to draw in human souls for her endless consumption. 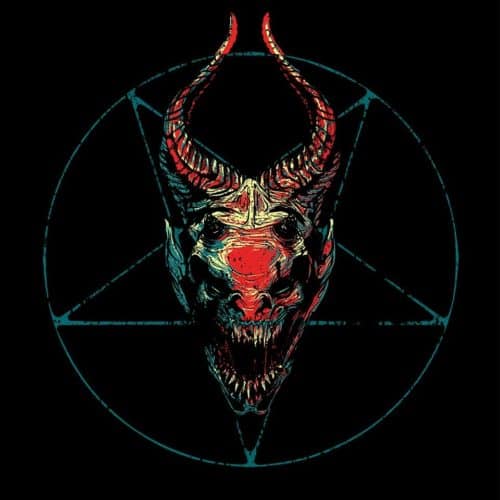 Our unlikely hero is sewage worker Howie (Ben O’Toole), whose phone-addicted co-worker Rangi (Epine Bob Savea) downloads the mysterious location-based ghost-catching game that’s taking their city by storm. The graphics are stunningly realistic, which gives Howie pause, but Rangi attributes that to the strange “nekropods” on electricity poles with which the city’s been equipped.

But as soon as Rangi starts catching ghosts, odd, violent events start occurring, like a random axe attack courtesy of a possessed pedestrian. Not to mention some very strange physical side-effects for Howie. Though overwhelmed and confused by a turn of events introduced by a badass trio of ghost-hunting necromancers—Luther (David Wenham) and his two daughters, Molly (Caroline Ford) and Torquel (Tess Haubrich)—Howie doesn’t have much choice but to embrace his new adventure nature and start training with the lot.

Nekrotronic is quippy, very funny, and extremely bloody, and the fresh concepts that the Roache-Turner brothers dream up in their new take on ghostbusting are clever without complication. One of the neatest set pieces is a device in Molly and Torquel’s batcave where they trap souls in boxes and manifest them into corporeal form with a “3D printer”—essentially a puddle of goo out of which they summon supernatural forms in order to plasma-blast them away. That spectral printer offers up yet another point of reference for the film, when they start reanimating souls into bodies that emerge renewed like high-tech Frankenstein’s monsters.

While the imagination and deep references that go into Nekrotronic make it fun, it’s the performances that make the whole thing work. O’Toole gives the film its heart as the nervous, bewildered Howie, while Ford offers the steely spine, Haubrich the eye-popping action heroics, and Savea the comic relief. Not to mention Bellucci, who brings her sexy and sophisticated flair to a memorable villain—a demon of the underworld operating under a techno-corporate cover in order to feast on hearts and minds.

While Nekrotronic is deeply indebted to its references, and doesn’t necessarily break the genre mold, what the Roache-Turners have hit on is a knack for finding those cinematic tastes that taste great together, and Nekrotronic is one wild, funny, gory combo that’s sure to make an impression.