Oh NASA, how we love thee. Let us count the ways that you thrill us: with seriously spooky sounds from space, with rockets destined for the Sun, and nowâ€”perhaps most graciouslyâ€”with a new map outlining constellations made of gamma-ray bursts named after many of nerd culture’s greatest icons and symbols like the Hulk and the TARDIS.

In a recent press release, NASA announced that it had decided to take its map of gamma-ray bursts in the sky, which has been drawn from data collected by the Fermi Gamma-ray Space Telescope, and divide it into constellations that represent some crÃ¨me de la crÃ¨me references to the fields of science, science fiction, mythology and even plain ol’ reality. Among the 21 gamma-ray constellations are characters like the Hulk, Godzilla, and The Little Prince, as well as famous landmarks like the Eiffel Tower and the Golden Gate Bridge. Plus, because it’s NASA, Einstein is in there too. 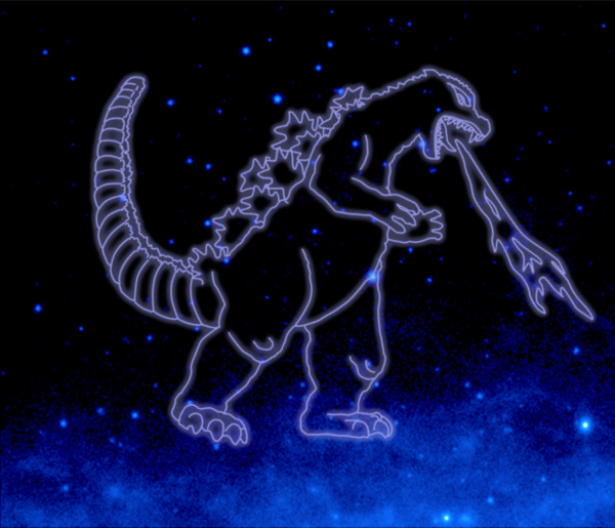 It should also be noted that NASA is not messing around with these constellation names. Far from being superficial monikers, each constellation you click on (you can click on all of them here) reveals a description of the lore of the sci-fi, mythical, etc. constellation symbol as well as how it intertwines with gamma-ray physics. For example, there’s a Starship Enterprise constellation, and NASA notes that its engines are powered by annihilating matter and antimatter, which would doubtlessly cause gamma-ray emissions. (Is NASA totally sure that all those gamma-ray bursts are coming from cosmological phenomena and not from people exploring the final frontier?!)