People across several parts of Australia recently enjoyed an unexpected show: A green “fireball” streaked its way across the night sky long enough to allow people to capture it on video. One of those videos, immediately below, gives a good sense of the excitement of seeing the mysterious, glowing object. Although the video is (hilariously) NSFW, so keep that in mind before watching the clip at full volume. (But you’re at home, so your cats will get over it.)

Gizmodo picked up on news of the glowing, green fireball, which was reported by ABC Pilbara. According to ABC, citizens spotted the fireball in the Pilbara region of Western Australia, and elsewhere, just before 1 a.m. on June 15.

Although the object has not been identified yet, ABC says that there is “speculation among astronomy enthusiasts” suggesting that it could’ve been the remains of a recently launched rocket. But at least one expert thinks that it was probably a natural object.

Renae Sayers, from Curtin University’s Space, Science and Technology Centre, told ABC that “What we tend to see, when objects like space debris, or if it’s a satellite burning up… is sort of like crackles and sparks.”

She added that “This is due to the fact that there is stuff burning up — so you’ve got solar panels going all over the place, you’ve got hunks of metal moving around as it’s burning up through our atmosphere.” 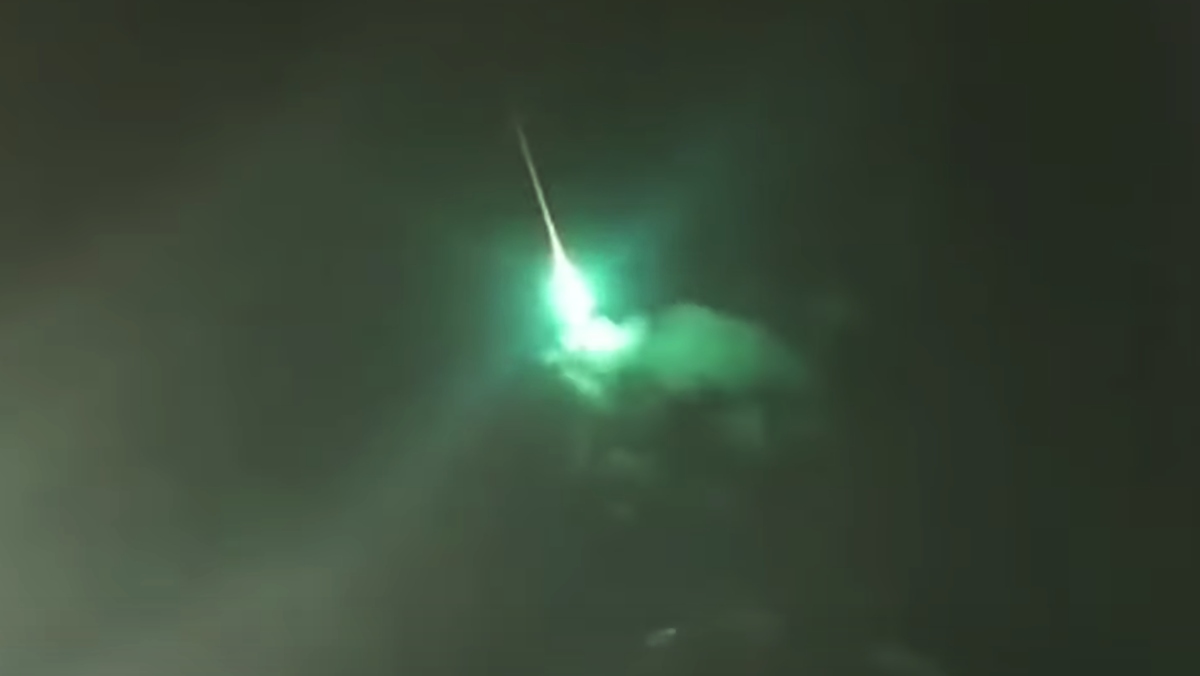 Sayers says that this green fireball, on the other hand, “is quite a clean shot” and showed “quite a strong line” without too much fragmentation. Sayers did note, however, that “The jury’s still out,” and that “it could be space debris, or it could be a grazing fireball encounter.”

There are other experts who have the object pegged as a meteor. Matt Woods from the Perth Observatory, for example, told Perth Now that this was indeed a meteor, and that the green color was the result of the rock’s magnesium burning up in the atmosphere. Woods also said that the meteor was probably no bigger than a pebble. It looks to have been traveling at a speed of somewhere between 10 and 31 miles per second.

While Woods says that the meteor most likely burned up before it hit Earth, Sayers thinks it’s possible that it “kicked back out into interstellar space”. And while it’s impossible to say what the object was or where it is now, it will surely be remembered for its spectacular, expletive-inducing display.

What do you think about this mysterious green fireball caught flying over Australia? Do you have any guesses as to what it is? Light up the comments with your hypotheses, people!