The Muppets will return to the air with their all new, social distancing series Muppets Now on Disney+ in July.  It’s the gang’s first ever streaming show. More importantly it will also be their first ever unscripted series. What will it look like? Kermit gathered the Muppets for a virtual conference call, and it might give us an idea about the series. He shares the news about the series. Unsurprisingly, the Muppets are charming and amusing.

While it’s not easy being green, it sure is nice to get greenlit. Watch:

Disney+ just released Kermit the Frog’s video chat from January when he told his fellow Muppets that the streaming service picked up the series. Hmm… did Kermit know in January they’d have to do their show under quarantine restrictions? Interesting. Maybe the premiere will explain what the frog knew and when he knew it.

The series’ first season will have six half-hour “muppisodes.” Disney+ says the show will also feature “a full roster of rotating guest stars, world-class production facilities, and pure unscripted mayhem.” That will include “entertainers, comedians, chefs, and more.” 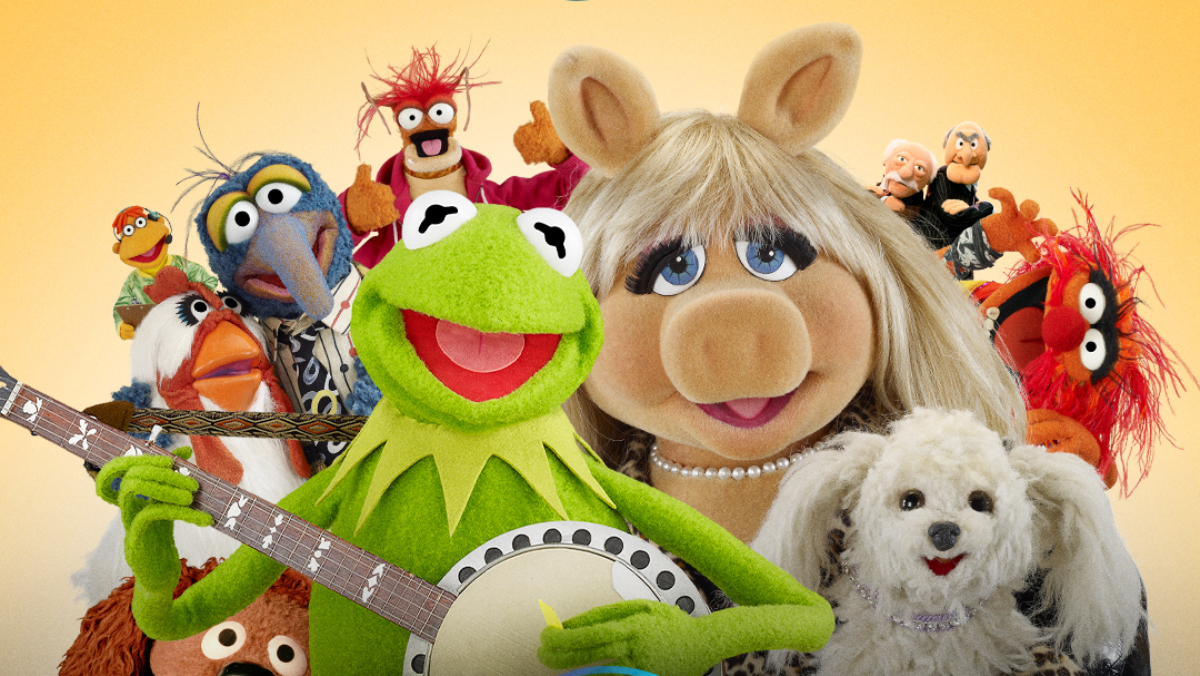 The regular stars of the show are enough of a selling point, but we’re still glad they shared official “statements.”

“The Muppets are thrilled to be doing our first-ever unscripted show! It’s going to be extremely spontaneous and very surprising; almost as surprising as the fact that we ever actually used a script in the past.”-Kermit the Frog

“This is moi unfiltered, unexpurgated, and more unbelievably fabulous than ever. If you watch only one show on Disney+, you really should tune in more often. But whenever you watch, make it moi on Muppets Now.” -Miss Piggy

“For the first time ever, I’m working without a joke book, folks. It’s a new kind of totally improvised comedy I call ‘bare bear’! See what I did there? Ahh! Wocka! Wocka!” -Fozzie Bear

“I knew Muppets Now was coming to Disney+ but I did NOT know they wanted Muppets Now NOW, as in right away, as in “doesn’t anybody give a warning around here’!? Gotta go upload those episodes pronto! Wish me luck; I’ll need it.” – Scooter 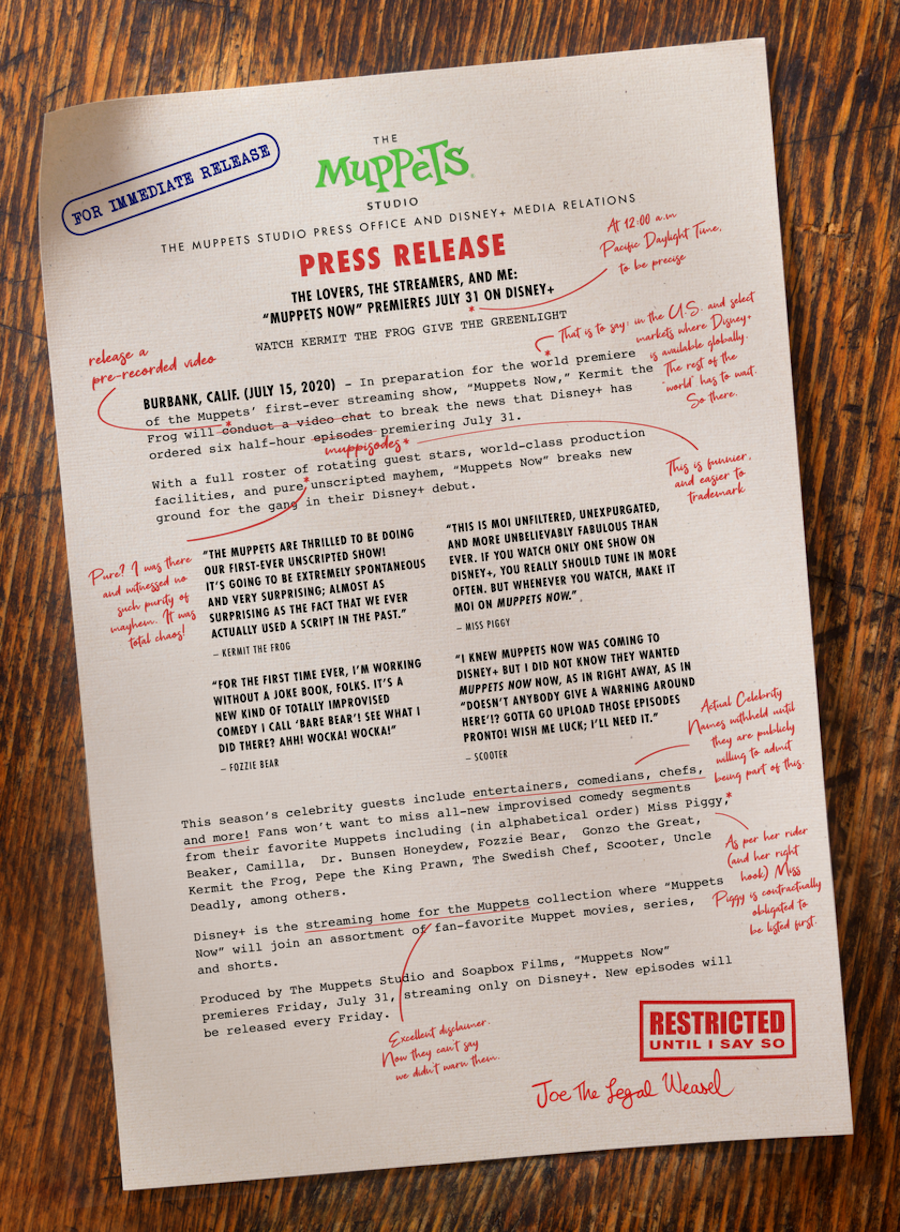 Wonder what Beaker had to say…

We’re excited to see The Muppets unscripted. But it’s for the best they at least wrote an actual schedule for when episodes will be released.