Movie-Themed Board Games to Play on Oscar Night - Nerdist

Movie-Themed Board Games to Play on Oscar Night

Hollywood’s biggest night happens every February, as the world tunes in to watch the Academy Awards. Not all of our favorite movies of the year will win an Oscar, but plenty of them find their way to the tabletop.

Board games based on popular movies used to be quick money grabs, with companies merely slapping on a movie’s theme onto a game. Aside from the artwork and perhaps a few component updates, the classic games had absolutely nothing to do with the movies themselves.

Thankfully, board game designers took matters into their own hands and designed games that looked and felt like their favorite films. While these games might not feature the likeness of your favorite actors or the exact replicas of a film’s locations, they capture the spirit of some of your favorite movies. Likewise, movie studios have started to realize the potential of board games in bringing their unique worlds to the tabletop. Gone are the days when games based on movies meant an automatic pass from hobby gamers; more and more official movie adaptations are excellent designs and fun to play!

Check out these movie-themed board games to play before, during, or after the Academy Awards.

Although there’s no Hugh Jackman or Christian Bale in Trickerion: Legends of Illusion, you’ll no doubt see the parallels between it and The Prestige. This game features magicians battling against each other in this crunchy, heavier gaming experience for up to four players. You each play a magician during the Victorian Age, trying to earn the most fame by gathering resources, learning tricks, and leveling up your skills as a magician. 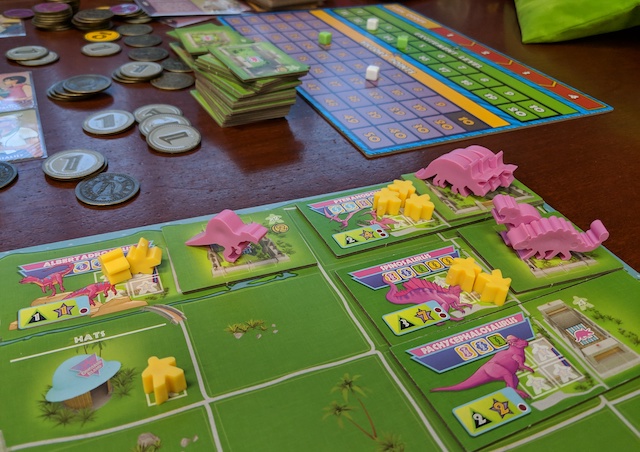 While there are a few official Jurassic Park games out there, nothing comes close to capturing the feeling of mixing dino DNA and opening up a theme-park-gone-wrong like Dinosaur Island. Put together the right combination of DNA to spawn your dinosaurs, open attractions, and hope that none of your guests are eaten … unless, of course, it’s the sleazy lawyer who’s got it coming. A streamlined two-player version, Duelosaur Island, is also now available.

Escape: The Curse of the Temple 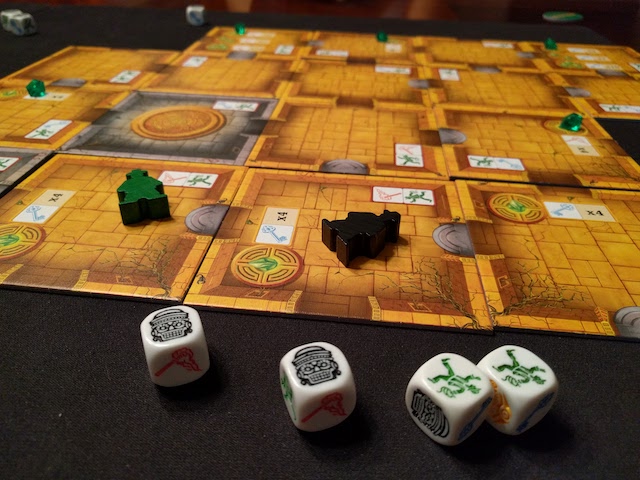 The second you start rolling dice in this Yahtzee-style game you’ll start humming the theme song from Raiders of the Lost Ark. Just like the classic film’s opening sequence, you’re trying to find a sacred treasure then high-tailing it out of the temple before it collapses on you. With its real-time dice-chucking action, your heart will be pounding throughout this 10-minute game. And just like the movie, there’s no better feeling than narrowly escaping certain doom. Be sure to check out the Big Box Edition, which includes a ton of different obstacles and challenges for your adventuring crew. 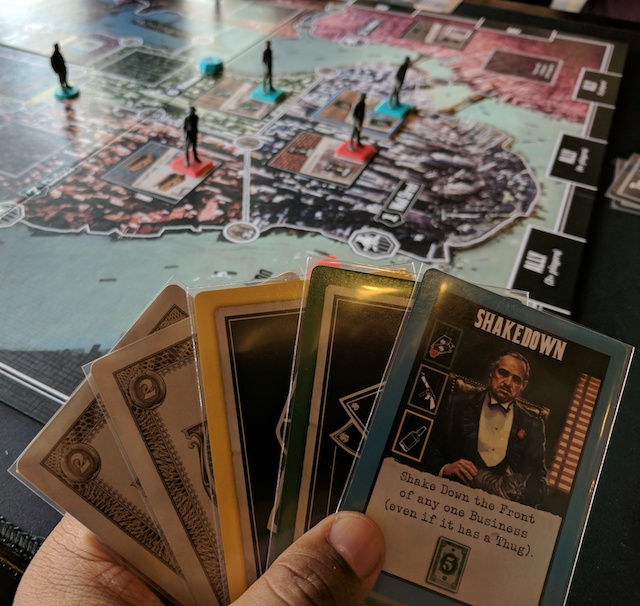 “Leave the gun. Take the cannoli.” That’s just one of several lines you’ll undoubtedly quote while you gleefully toss your opponents into the Hudson River after a drive-by shooting. The Godfather: Corleone’s Empire was an overlooked gem that puts players in the middle of a mob war on the streets of New York. Designer by Eric Lang of Blood Rage and Rising Sun fame, The Godfather: Corleone’s Empire is an epic movie-like experience where you pay tribute to The Don himself as you battle the other crime families. Seeing this game on the table is an offer you shouldn’t refuse. 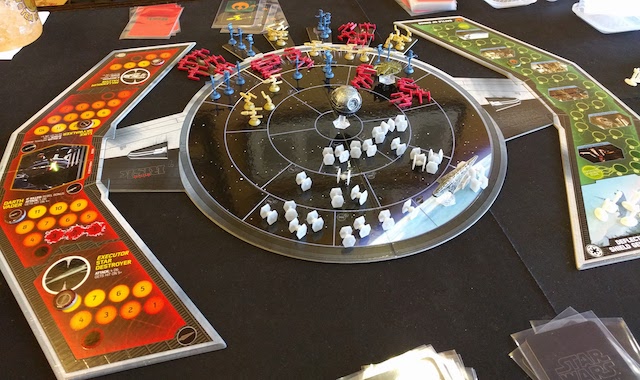 The greatest space opera franchise of all time has had its fair share of clunkers in both the video and tabletop gaming worlds. Surprisingly, a game that looks merely like a cash-in on the Star Wars name turns out to be a solid recreation of the end of The Return of the Jedi. You and your opponent play as the Rebels and the Empire and you’re managing three separate games in one: the battle between Luke and Darth Vader, the Han and Leia mission on Endor to take down the shield generator, and Lando’s assault on the fully operational Death Star. It’s a tense, half-hour battle that has almost nothing to do with the original Risk game. Pro tip: it’s worth tracking down the Black Series edition, which features upgraded components, from cards to the Millennium Falcon.


In Thanos Rising: Avengers Infinity War your team of superheroes tries to take down the all-mighty Thanos in this cooperative dice-rolling and set collection game that Teri Litorco called “an immersive experience that offers fans of the franchise a deeply satisfying experience that rewards them for universe knowledge.”