After partnering with one of the biggest stars in the world for a sneaker, clothing, and accessories line, Under Armour is moving on to one of the biggest video game franchises in the history of the medium. Dwayne Johnsonâ€™s â€œ Project Rockâ€ line helped catapult the athletic line into popular consciousness, and now Under Armour has expanded its partnerships to the Mortal Kombat franchise with with six custom basketball shoes commemorating an upcoming collection of branded footwear and apparel.Thursday January 17 marked #MKDay, when the first gameplay footage was revealed for Mortal Kombat 11. At that same event, Mortal Kombat and Under Armour showcased six different designs on their new Anatomix Spawn basketball shoe featuring exclusive artwork of Sub-Zero, Scorpion, Raiden, Sonya Blade, Skarlet, and Shao Khan. For the designs, UA recruited sneaker artist and MK Kollective ambassador Mache Customs, who customized the shoes with unique, original, hand-drawn artwork. 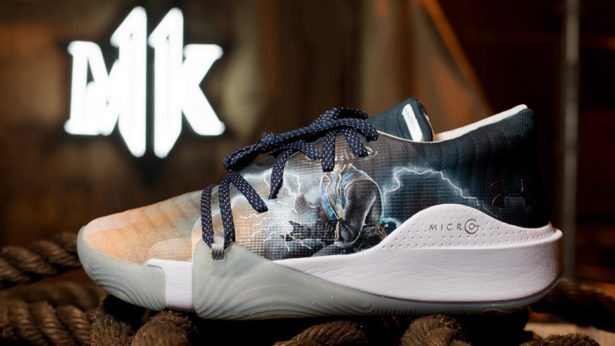 Mache Customs was founded in 2004 by Dan Gamache after he grew tired of the colorways that sneaker companies provided for their products. Mache has since become one of the premiere custom sneaker designers in an exploding industry, offering sneaker collectors and fans the opportunity to create and own one-of-a-kind pairs of their favorite shoes featuring their favorite properties. Past designs include images of Mega Man, The Texas Chain Saw Massacre, Sons of Anarchy, James Bond, and more. 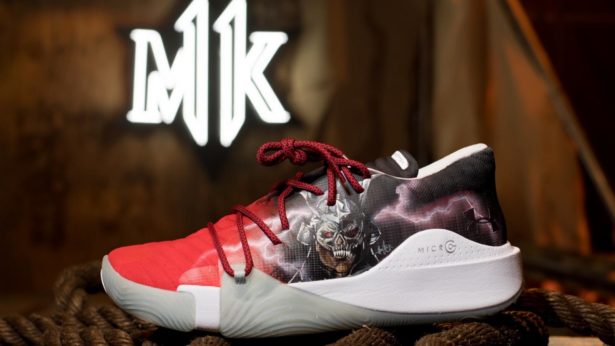 It’s unclear right now if those six pairs will be recreated or sold, but they serve the dual purpose of promoting the upcoming Mortal Kombat game and offering a close-up look at the Anatomix Spawn basketball sneaker, which goes on sale January 26 for $110. Given Project Rock’s assortment of products, which includes wireless headphones, UA seems to be hinting with this collection at the possibility of headsets and all sorts of cool apparel to keep gamers cozy while they attempt to dismember their opponents. 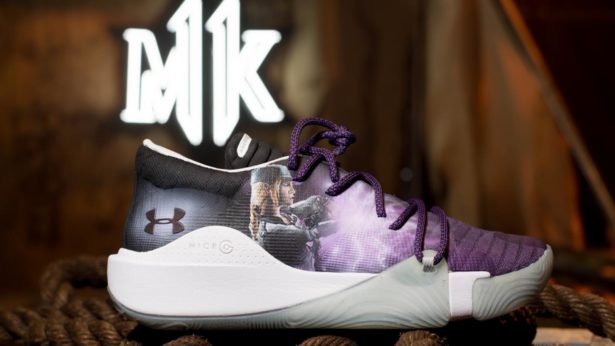 Mortal Kombat 11 arrives in stores on April 23. Under Armour’s Anatomix Spawn sneaker line, available in non-Mortal Kombat-themed colorways, goes on sale January 26. You can view additional photos at their site.