Soundtrack purveyor Enjoy the Ride Records has announced plans to release the soundtracks to Mortal Kombat and Mortal Kombat IIÂ on vinyl for the very first time. Previously only available on CD, the soundtracks will be released together on November 21 in four different variants, including a picture disc limited to 1,000 copies.Composed by Dan Forden, who was himself immortalized in the game (heâ€™s the guy who pops up to say â€œToasty!â€ after a particularly vicious uppercut), the scores were previously accessible only via mail order, and fans had to send checks directly to Forden for their copies. Fordenâ€™s work also includes sound programming and composing for Williams and Midway pinball games, and appears in several other Mortal Kombat games including 4, 5, Deadly Alliance, and Deception. 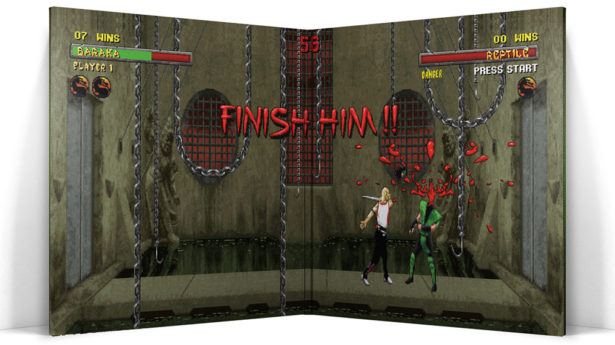 This edition comes in Scorpion Yellow, Reptile Green, Sub Zero Blue and on the aforementioned picture disc, adorned with the gameâ€™s signature logo. Except for the picture disc, which is a ThinkGeek exclusive, the three colorways will go on sale November 21 at 12 PM ET/9 AM PT.Younger game aficionados may not remember the controversies that swirled around the Mortal Kombat franchise, whose graphic violenceâ€”and more specifically, the â€œfatalitiesâ€ players could inflict upon one anotherâ€”led in part to the creation of the ESRB video game rating system. This benchmark release gives gamers young and old the chance to revisit the blood-stained landscape and experience its iconic sounds in a completely new way. 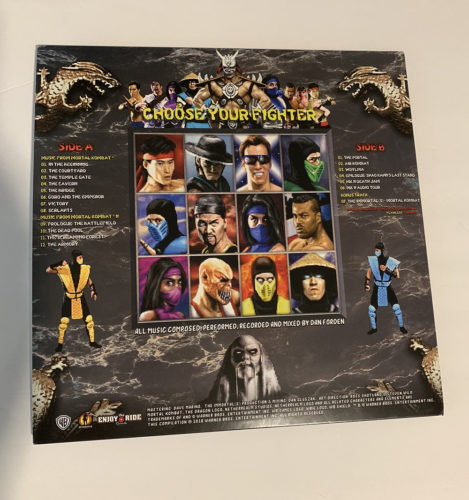 Additionally, the LP comes with a bonus track: a recreation/ cover of the â€œTechno Syndromeâ€ theme thatâ€™s become synonymous with the film series. Listen to it here:https://soundcloud.com/etrstream/mortal-kombat-original-theme-songFollow Enjoy the Ride Recordsâ€™ Twitter account for updates and then head over to their website to order your copy. In the meantime, are there any video game soundtrack you would love to see reissued like this one? Let us know which ones in the comments below!