Most of us won’t get to leave the planet any time soon. Unfortunately. But this year Hollywood is giving us a chance to mentally escape to the stars with a whole lot of shows about traveling to space. Netflix released both Space Force and Away. And soon Disney+ will explore the early days of NASA with their own take on The Right Stuff. Not every mission is meant to get off the ground, though. And that will be a good thing with Showtime‘s new comedy Moonbase 8. The series stars Fred Armisen, John C. Reilly, and Tim Heidecker as astronauts trying to convince their superiors they deserve to go to the moon.

And the first trailer shows that while they might not have what it takes to get there, it should be fun watching them fail.

“Set in the isolated desert of Winslow, Arizona at NASA’s Moon Base Simulator, Moonbase 8 follows eager astronauts Skip (Fred Armisen), Rook (Tim Heidecker) and their leader Cap (John C. Reilly) as they attempt to qualify for their first lunar mission.”

Those three might not make for a great lunar crew, but they do make for one killer cast. And by setting the show here on Earth at a moon-like base as opposed to on our lunar neighbor, Showtime can still mine all of the same celestial workplace humor without worrying about a low-gravity environment. 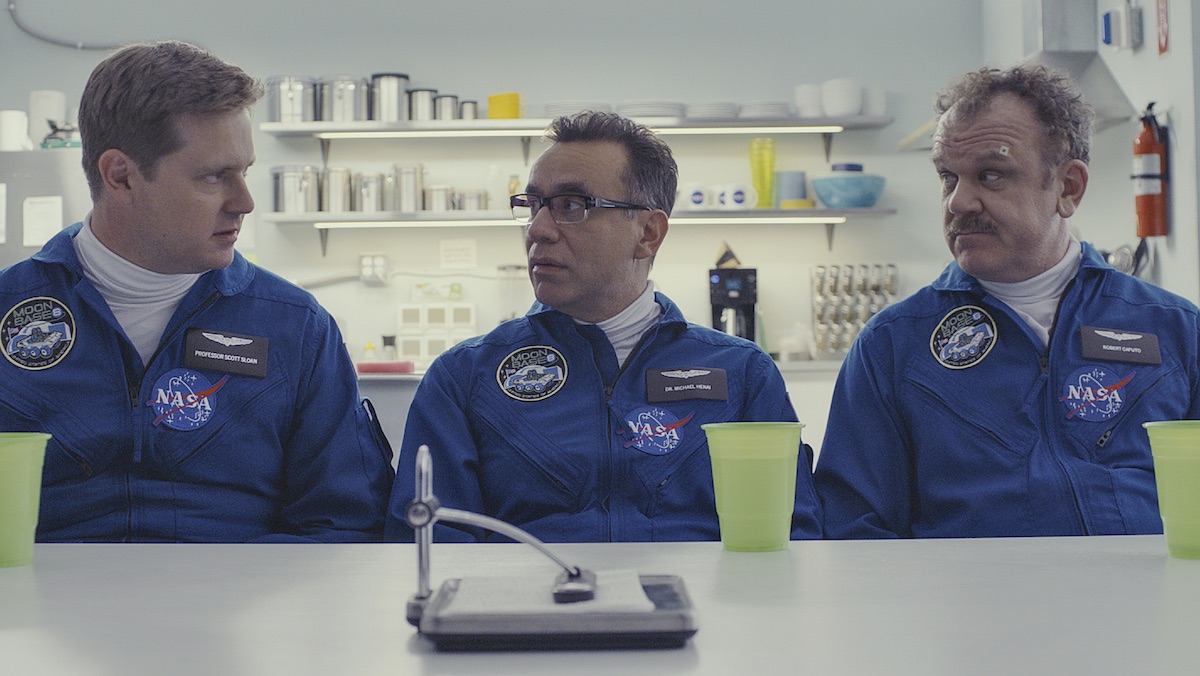 The half-hour show was created, written, and executive produced by its three stars along with Jonathan Krisel (Baskets). Krisel also serves as series director. A24 and Abso Lutely Productions produce the show. Dave Kneebone, Eric Wareheim, and A24’s Ravi Nandan and Inman Young executive producing alongside Armisen, Reilly, and Heidecker.

And while it might not be the trip off this planet we all want this year, the series could be the virtual escape we all need. Moonbase 8 premieres on Sunday, November 8.