Mondo Games is taking us back to the island just in time for Jurassic Park‘s 25th anniversary. We’re excited to exclusively announce their new tabletop game, Jurassic Park: The Chaos Gene. In the upcoming asymmetrical miniatures tabletop game, you’ll take control of a faction in the park and do whatever it takes to leave in one piece. And that includes the dinosaurs. 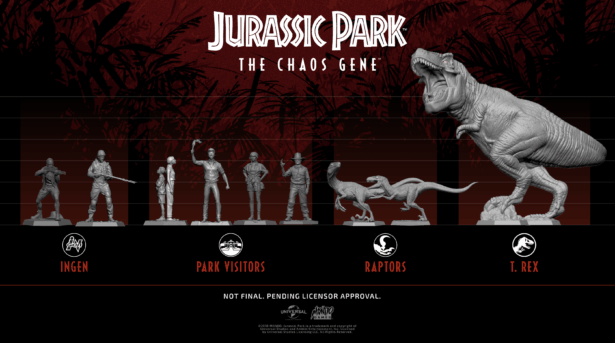 “In our approach to Jurassic Park: The Chaos Gene, we took many of our favorite elements of a traditional dungeon crawl style board game and spliced them with one of our favorite films of all time,” said Mondo Games Creative Director Luke Byers. “The goal was to create something truly unique and incredibly fun to play.”

You’ll choose one of four factions–InGen, park visitors, raptors, or T. Rex–in the 2-4 player game and then it’s eat or be eaten. Each faction has its own unique objectives that affect how you play the game. InGen wants to keep the park running and make sure their investment is safe, the park visitors invited by John Hammond are just trying to survive, raptors seek and destroy, and T. Rex is hungry for victory. (See what we did there?) 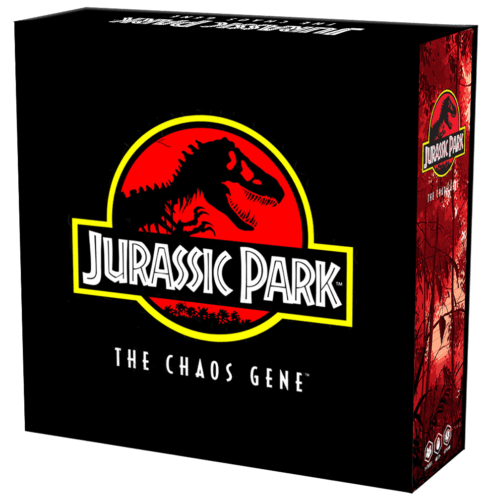 Mondo is no stranger to adapting beloved films into compelling board games; The Thing: Infection at Outpost 31 turned the terrifying movie into a suspenseful and comprehensive game. Jurassic Park: The Chaos Gene aims to do the same, with detailed miniatures of your favorite characters and gorgeous art by Matthew Woodson to make you feel like you’re actually on Isla Nublar. View more of the figures in the gallery below.

Jurassic Park: The Chaos Gene is planned for a fall release on Mondo’s website and on the shelves of your favorite local game store.

Visit the Mondo booth (#425) at San Diego Comic-Con for your first in-person glimpse of the game box! Visitors can also nab a patch featuring one of the game’s four factions, while supplies last.

Which faction are you most excited to play? Tell us why in the comments. 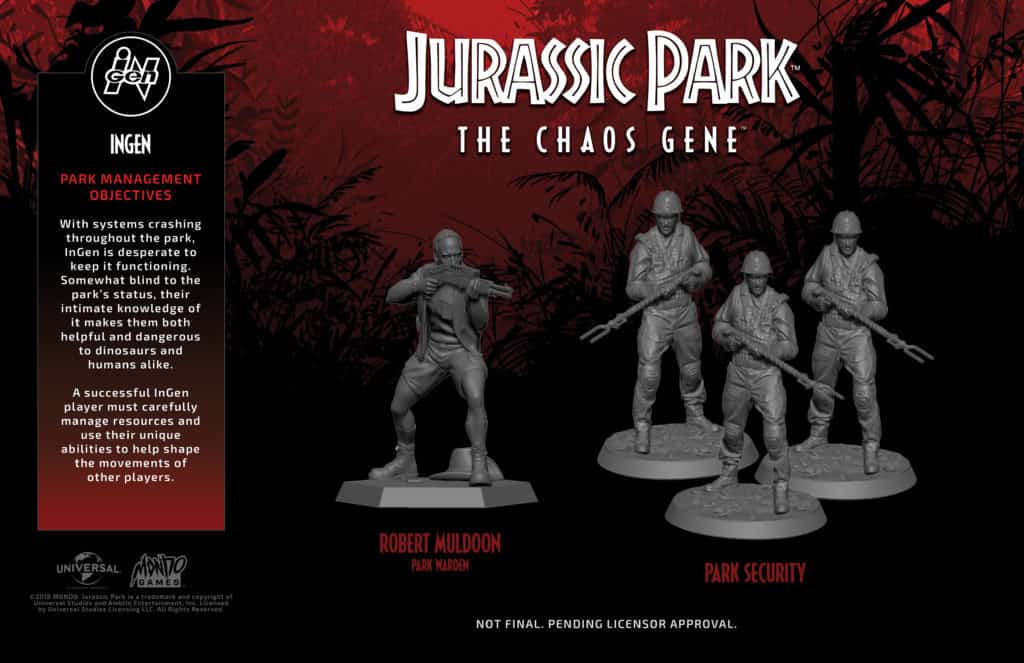 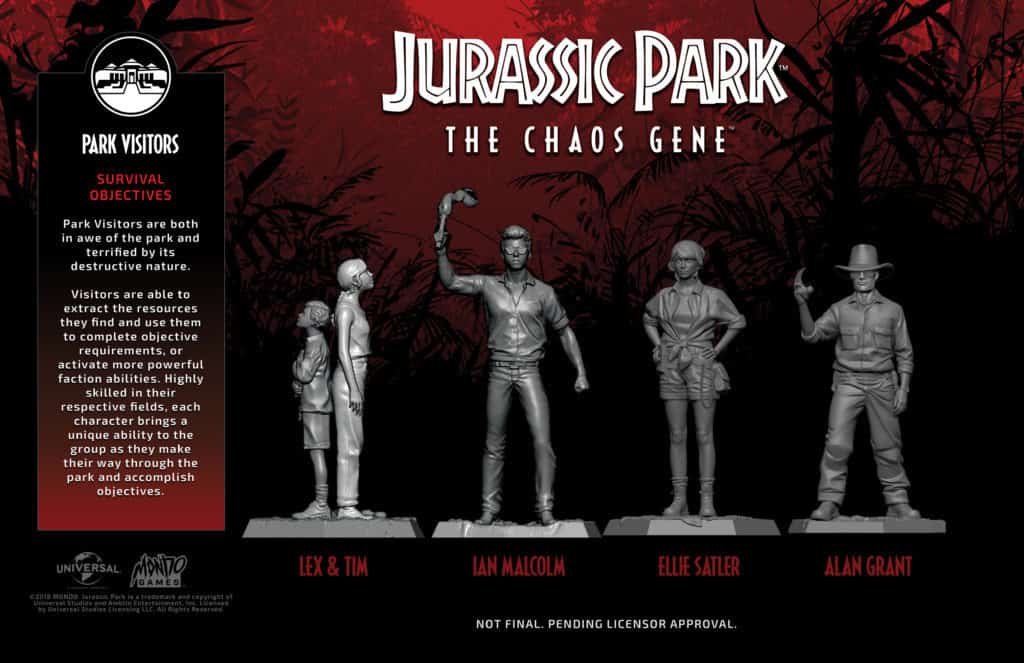 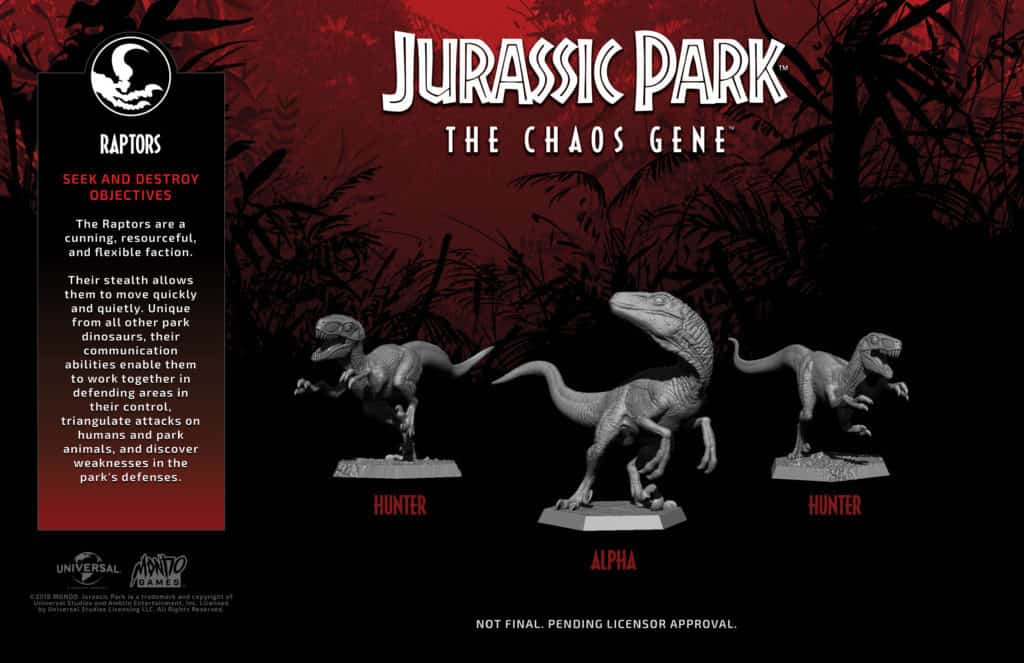 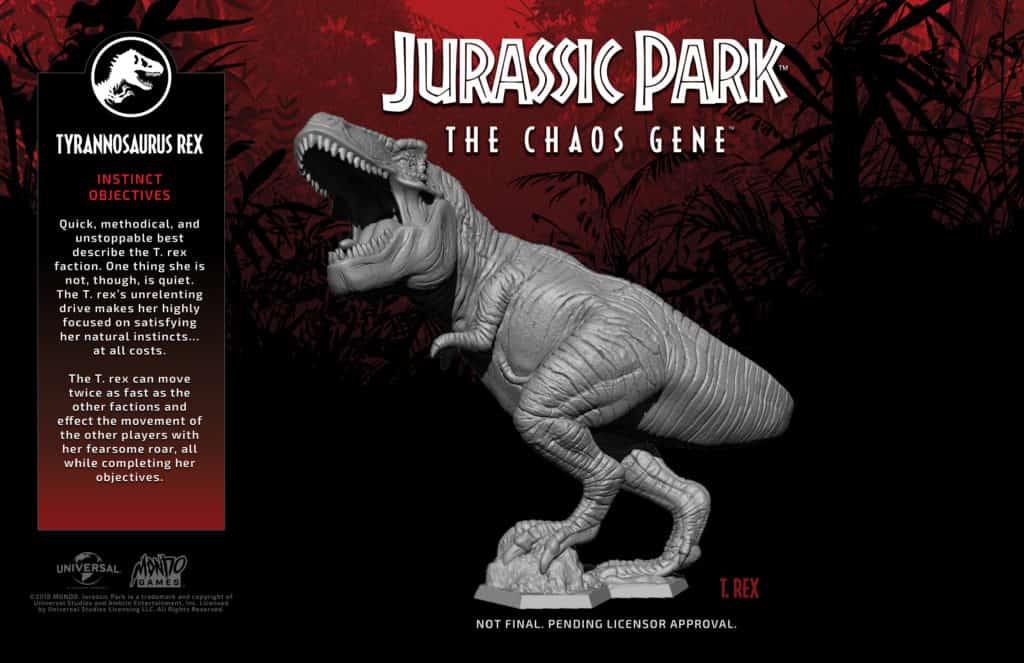