Forget being afraid to ever go in the water again. You should be afraid about the latest news from Mondo, because you’re gonna need a bigger bank account. The pop culture collectible site has announced a special series to celebrate 45 years of cinema’s most famous ocean dweller. They’re wading into shark-infested waters with a massive tribute to Jaws. 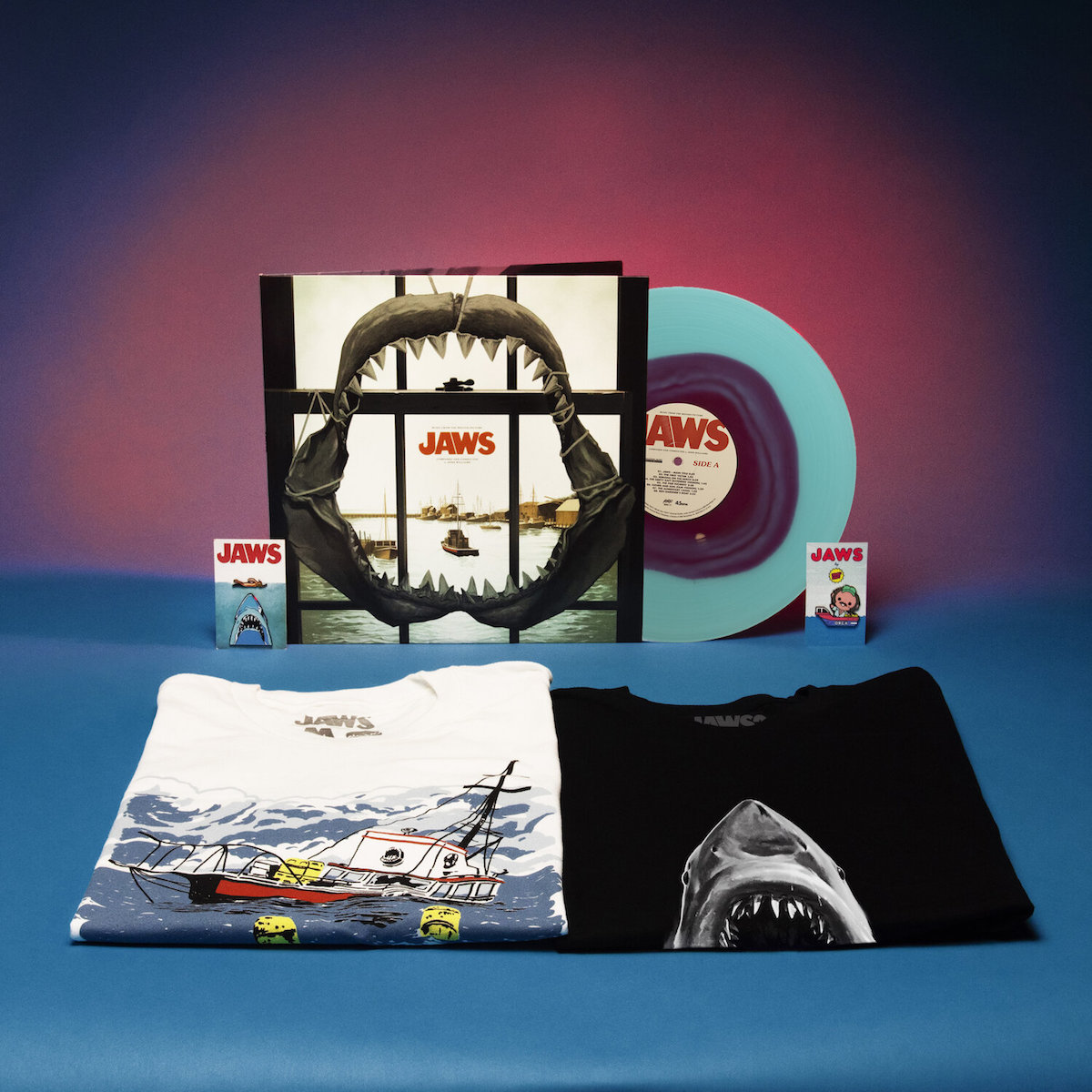 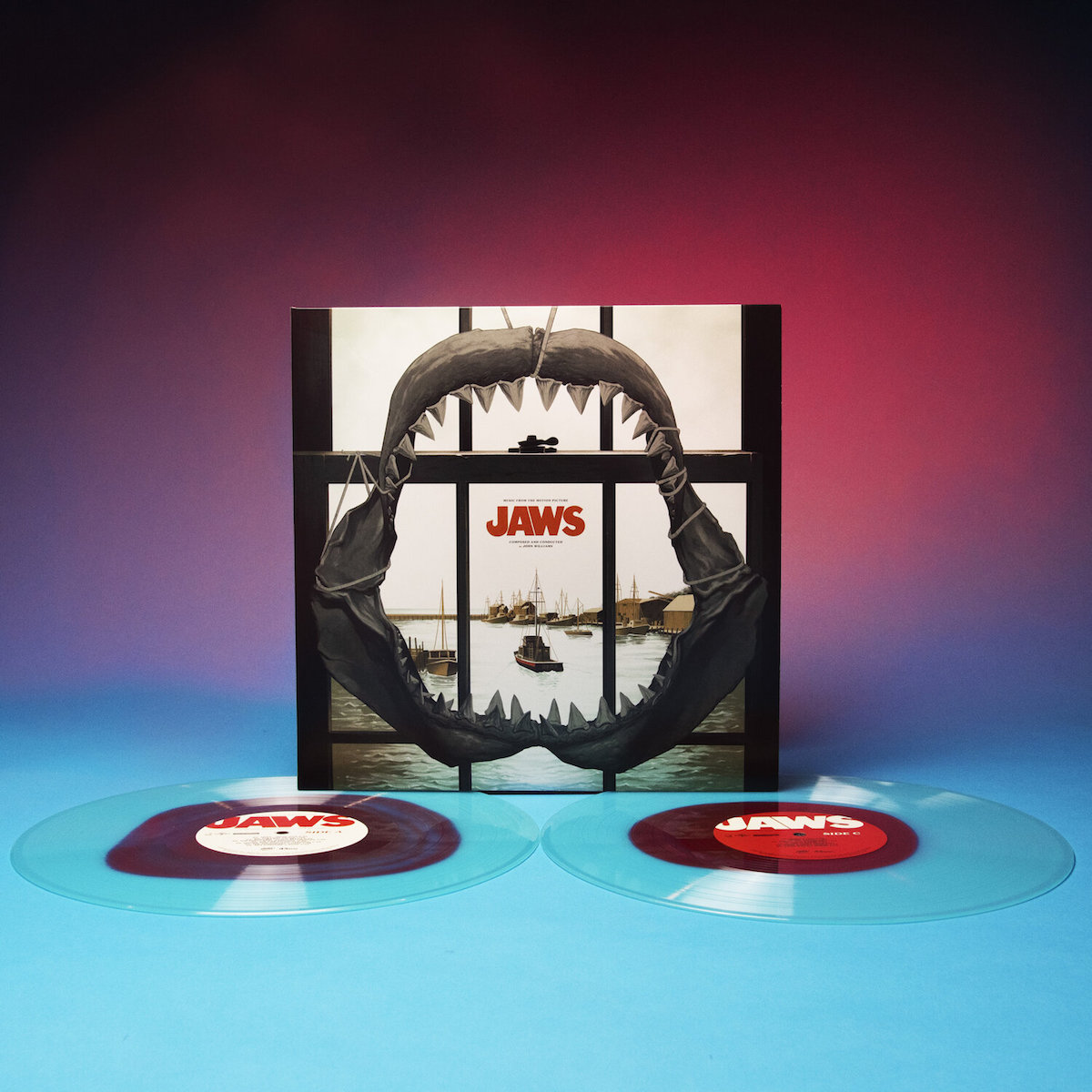 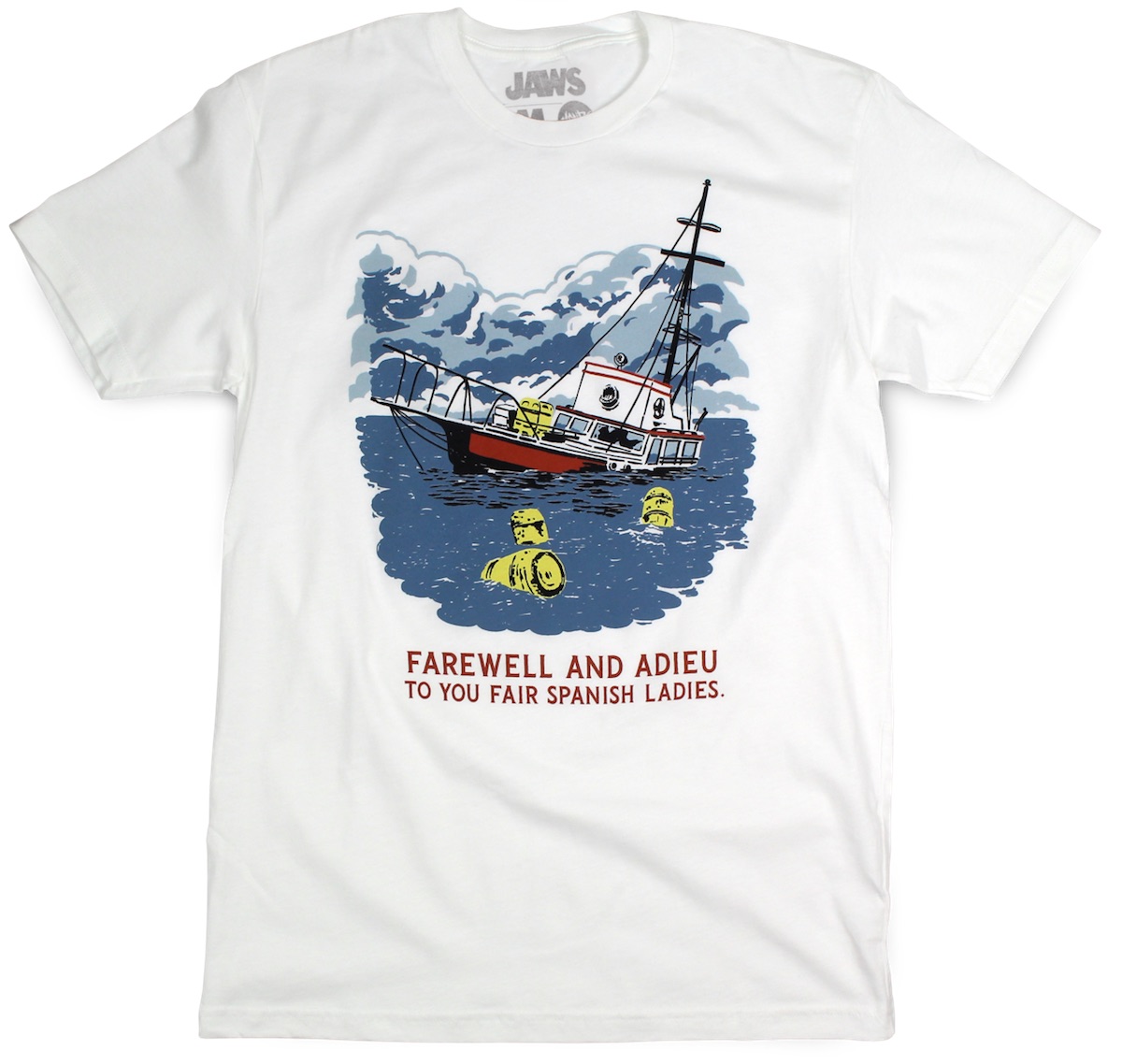 Artist Ryan Duggan pays tribute to the Orca and “the final showdown between man and shark” with his “colorful, elegiac design” that is “punctuated by a verse from salty sailor Quint’s mournful sea shanty.” (Which we can now hear him singing in our heads.) The unisex shirt produced by Impact Merchandising is available in XS-4XL and is expected to ship this July—but only to the U.S. and Canada. ($25) 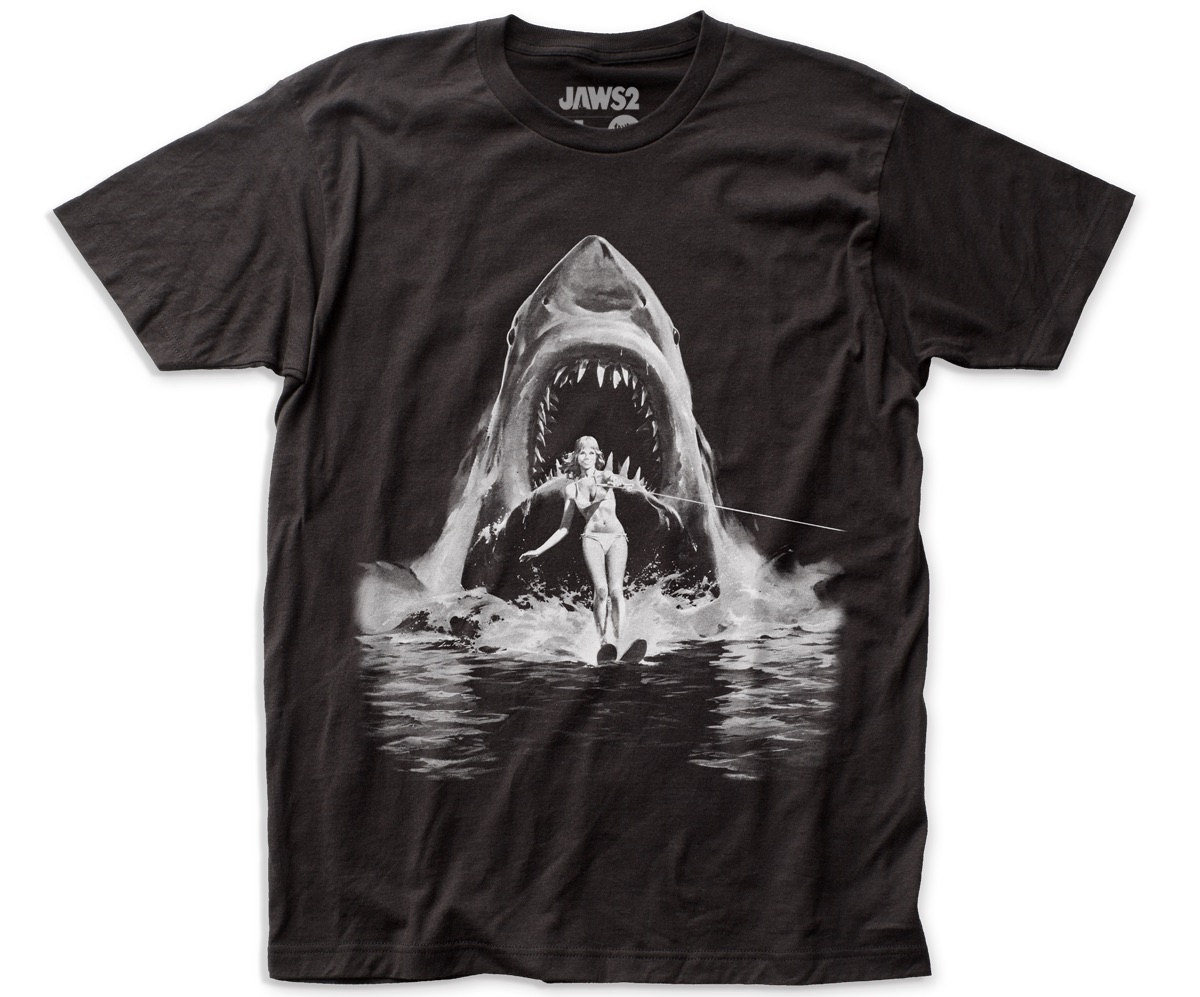 The “iconic one-sheet” by pulp artist Lou Feck is recreated in this black and white t-shirt from Impact Merchandising. It also comes in sizes XS-4XL, and ships to the U.S. and Canada only this July. ($25) 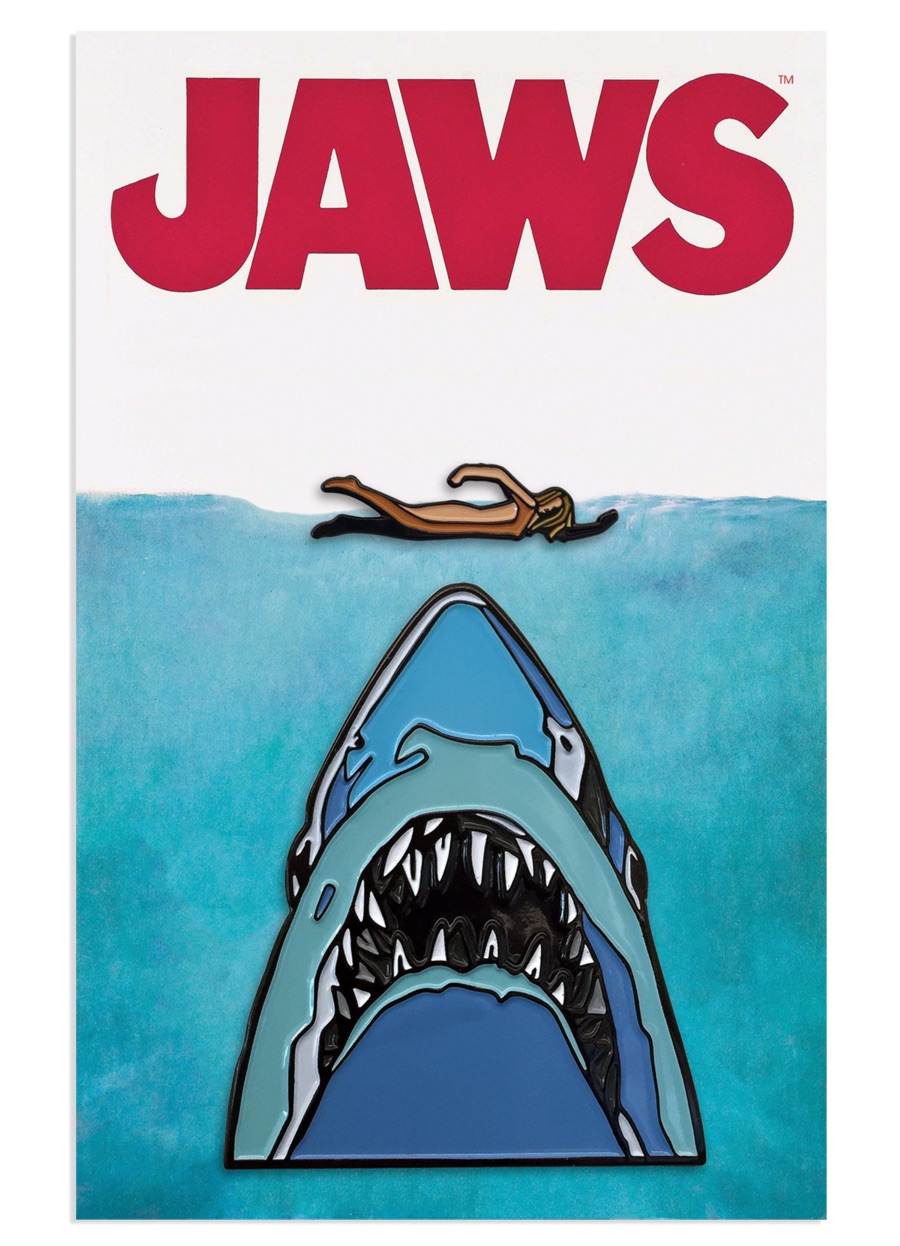 Oliver Barrett designed a new enamel two-pin set “inspired by the original Jaws theatrical one sheet.” It features a swimmer pin (1.15″ wide) and a shark pin (1.75″ high) that are “double-posted with rubber clutch backings.” It ships this July. ($15) 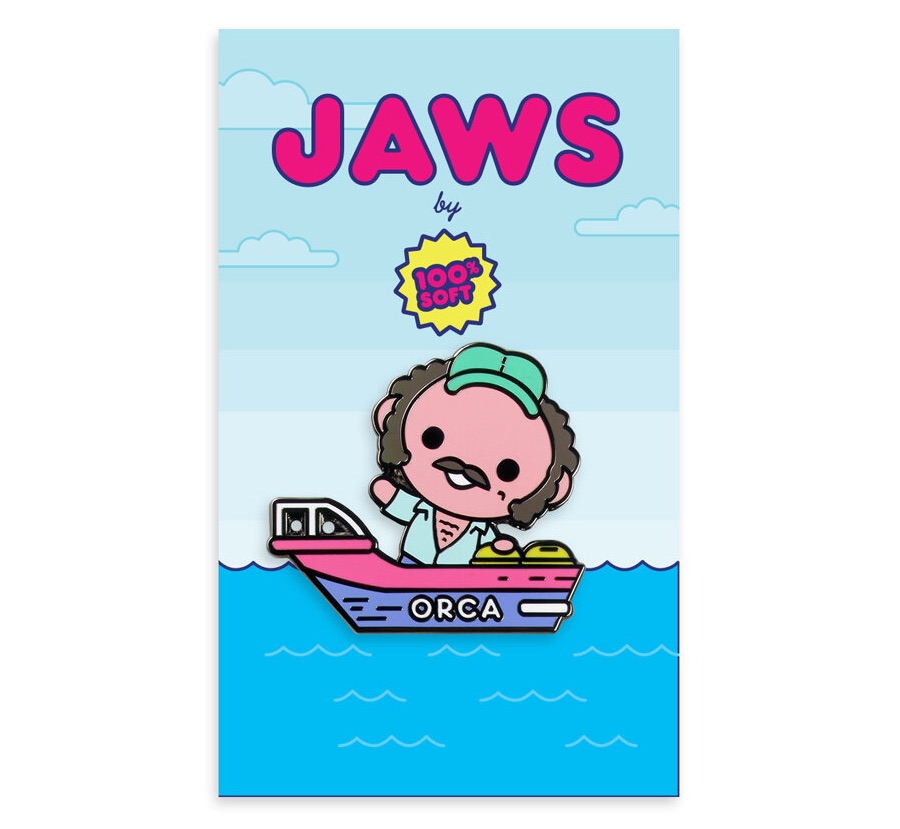 Amityville’s gruffest shark hunter is getting a cute pin of his own from 100% Soft. It’s the Orca captain as we’ve never seen him: happy. This bright, cuddly Quint (1.5″ wide) will go on sale in the fall. ($10) 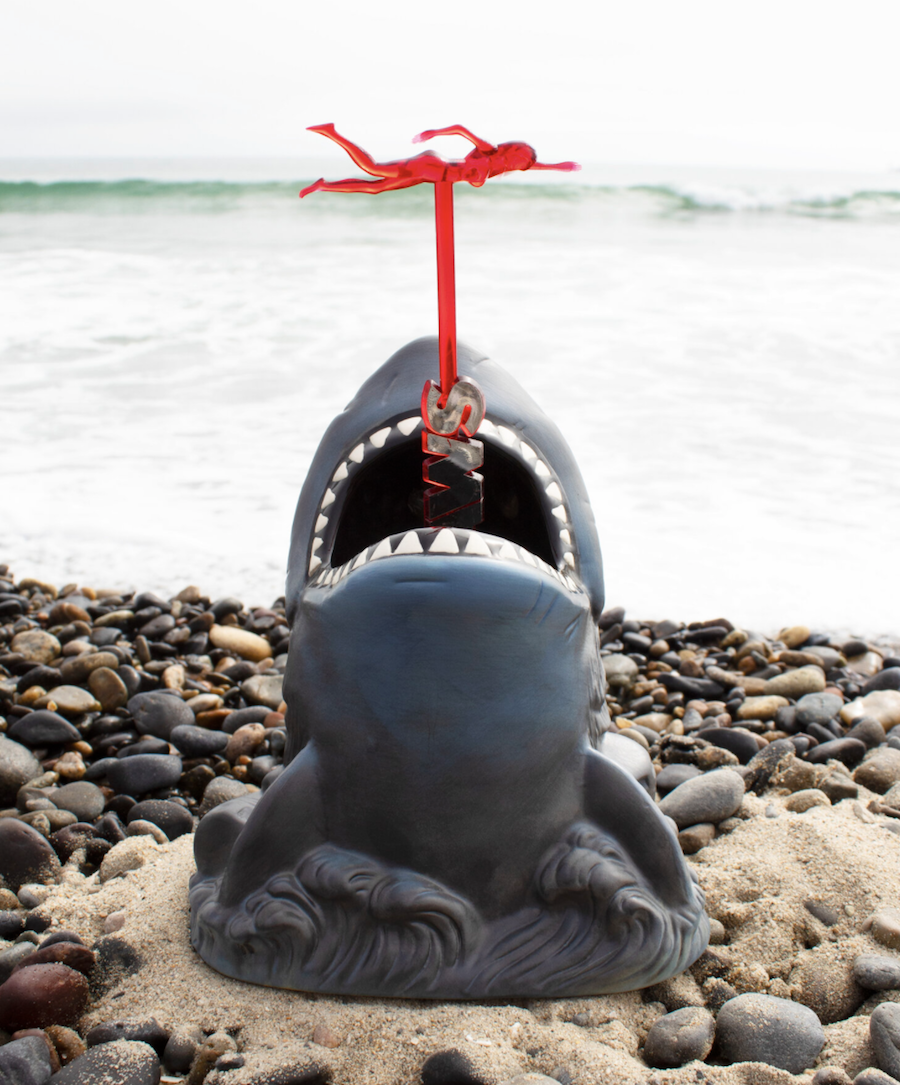 The newest version of Mondo’s ceramic Bruce the Shark Tiki Mug (6.5″ tall) features the great fish in its natural color. Designed by artists Michael Bonanno and Tom “Thor Thordarson,” this Tiki Farms drinkware holds approximately 22 ounces and comes with its own swimmer swizzle stick. It also goes on sale this fall. ($60)

Thankfully, Mondo is spacing out the release dates of these items just enough so that Jaws fans won’t feel like someone is taking a big bite out of their wallet.