Thermite, a powdered mixture that “ consists of aluminum and the oxide of a metal such as iron,” is not to be trifled with. It’s used as a heat source in welding. But because it causes such an explosive reaction, it’s also used in incendiary bombs. It’s not something an untrained professional should be playing with. Fortunately, The Slow Mo Guys know what they’re doing. And their latest video highlights just how intense the powdery combination becomes when heated. They dropped molten thermite into water and filmed it in super slow-motion.

The results are equal parts gorgeous and terrifying.

The Slow Mo Guys newest video (which we first came across at Boing Boing) features a solo Gav pouring very hot metal into water. They use the most common thermite combo: very finely ground up aluminum and iron oxide. (As Gav says, iron oxide is “pretty much just rust powder.”) By doing so he creates a powerful series of videos using different exposures on his camera.

Unlike past attempts with other hot metal, molten thermite reacts differently in H2O because of the heat it generates. The intense reaction continues all the way through the tank. That’s why the brightness never diminishes as it falls. The thermite isn’t even using any oxygen from the surrounding air or creating CO2. Those bubbles are merely water instantly turning into steam. 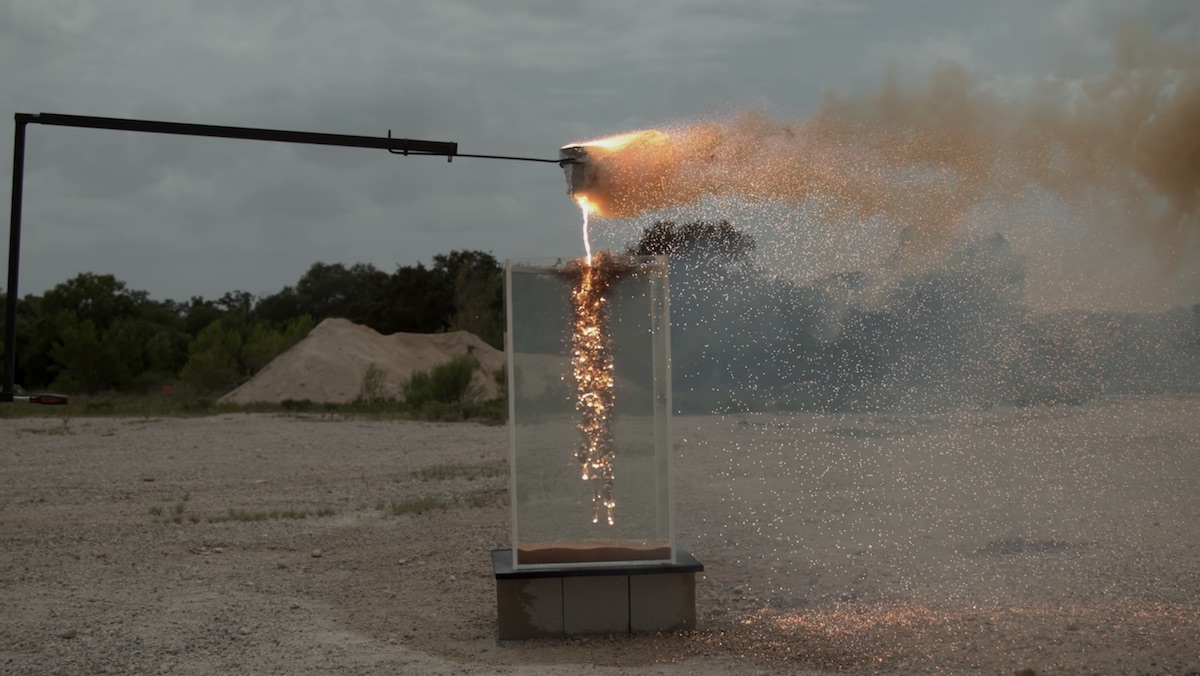 Filmed at 1,000 frames per second on a Phantom Flex 4K camera, these videos weren’t only tricky to produce because of the temperature of the thermite. The gas the chemical reactions produce are also very dangerous. So please, do not try this at home. The Slow Mo Guys know what they are doing and they also have the right kind of cameras to shoot with.

Not that that matters as much. Even if you have a great slow-motion camera, don’t mess around with stuff they use in bombs.