Minecraft can be so addictive because it offers the freedom to recreate or build from scratch any kind of world or setting you can imagine, without having to worrying about things like “money” or “stones” or “zoning laws.” It’s a virtual reality plane of infinite potential, whose only limit is what you can dream of. Now the company has announced a new mobile game that is going to bring those incredible possibilities into our world, with Minecraft Earth, a Pokémon GO-style augmented reality experience that will let users turn our own world into the ultimate sandbox.

The AR mobile game will let users give “day-to-day life a Minecraft makeover,” by plopping down the iconic blocks, figures, and creatures from the game.

The game will still have specific goals you’ll need to accomplish, like collecting Minecraft Earth features, including “many of the mobs you know and love, along with a bunch of new ones.” The more you play the more “you’ll get the chance to discover unique variants, and use them to populate your builds. Players will also be sent to explore their own neighborhoods to “gather resources, take on challenges, and experience a whole new world to discover.” You’ll also get a chance to collaborate with other players to “craft amazing creations together,” but users will also have to survive “fighting hostile mobs in Minecraft” in battle. 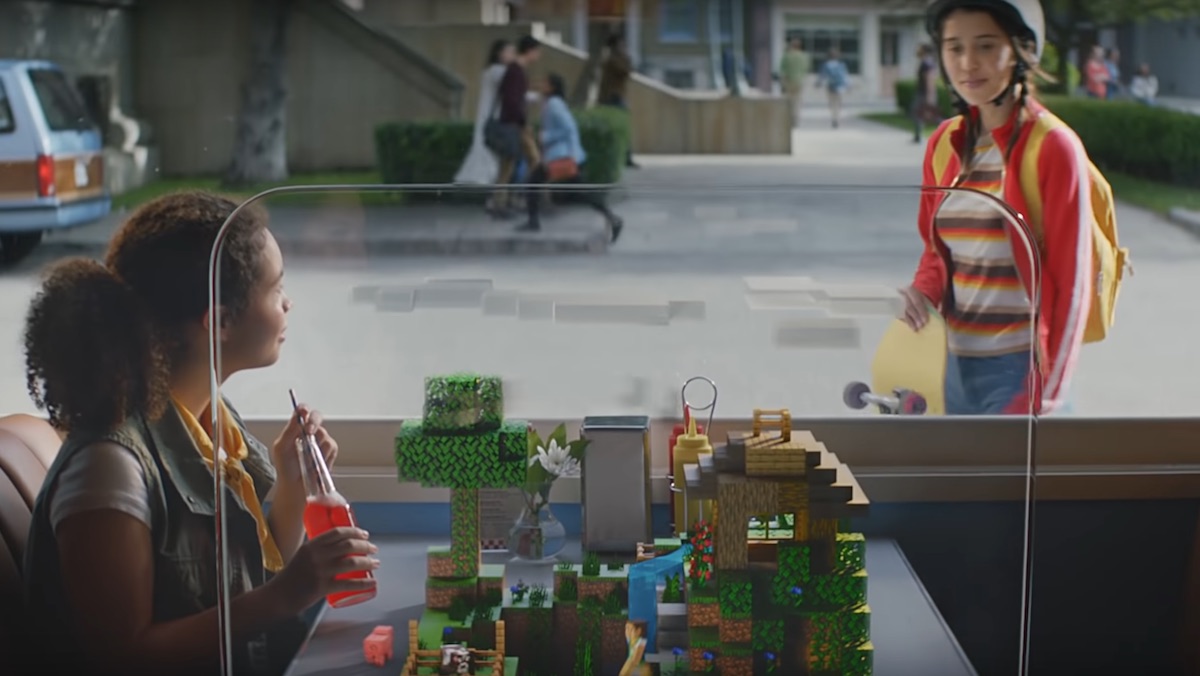 The game will be available on iOS and Android AR-capable devices this summer for closed beta users. If you want to be one of the first to try it out you can sign up here.

Just as exciting as being able to add some Minecraft-style spice to life is that the game will be totally free and won’t have any loot boxes, so you won’t have to worry about your actual bank account while you’re building an augmented reality.

Because if there’s one thing that can slow down even the wildest dreams, it’s the reality that we can’t afford all those building blocks.