This year, fans are celebrating 20 years of the first X-Men movie, which changed superhero films forever upon release in July of 2000. The movie went through many iterations before finally hitting theaters. And there are many behind-the-scenes “what if?” scenarios when it comes to Marvel’s cinematic mutants. But one potential casting would have changed the movie entirely had it actually happened.

According to a story in The Hollywood Reporter, which details the history of abusive behavior from X-Men director Bryan Singer, producer Ralph Winter dropped a very bizarre “making of” factoid. Trying to win the part of Professor Charles Xavier at one point was none other than pop superstar Michael Jackson. According to Winter, in 1999, Jackson came into the X-Men production offices wearing sunglasses. He also refused to shake hands with anyone. Jackson explained to them why he should play the part of Professor X, the X-mentor. 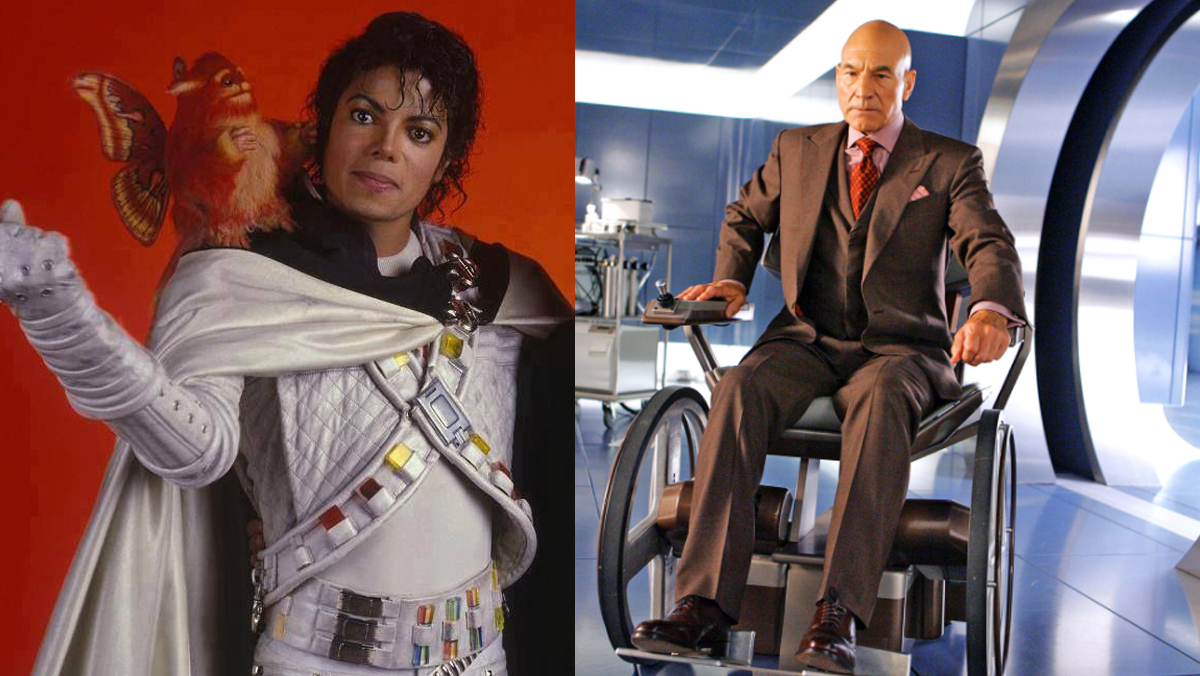 The film’s producer, Lauren Shuler Donner, told Jackson at the  meeting “Do you know that Xavier is an older white guy?” Instead of doing the obvious thing, and suggesting they merely change Professor X’s race, Michael bizarrely said “Oh yeah. You know, I can wear makeup.” Given what we know of the bizarre life of the late pop superstar, this story doesn’t sound all that far-fetched.

Michael Jackson was clearly a nerd, as he lobbied to play roles in other geek friendly properties. A few years back, it was revealed that Jackson also tried to win the part of Jar Jar Binks in The Phantom Menace. He also tried to play Peter Pan in Steven Spielberg’s Hook, and Willy Wonka in Tim Burton’s Charlie and the Chocolate Factory.

But the other role he wanted in the Marvel realm was to actually play Spider-Man. Jackson went as far as to meet with Stan Lee to get his thoughts on his playing Peter Parker. He even considered buying Marvel to assure himself the coveted role! It obviously never happened, but it’s strange to think there is an alternate timeline out there where Jackson played all these iconic roles.