Warning: There may be potential spoilers ahead for Avengers 4!

If it seems like we can’t go more than a day without hitting another Avengers 4 rumor, it’s probably because it’s true. This time, a teaser has come from Michael Douglas, the veteran performer who played Hank Pym in the Ant-Man movies. Today’s Nerdist News places Douglas’ latest comments in context to lay out a potential future for the Marvel Cinematic Universe.[brightcove video_id=”5851055414001″ brightcove_account_id=”3653334524001″ brightcove_player_id=”rJs2ZD8x”]Join host and multiverse explorerÂ Jessica Chobot as she examines Douglas’ comments from a recent radio appearance on On Air with Ryan Seacrest. When asked whether Ant-Man and the Wasp was connected with Avengers 4, Douglas responded: “the Quantum Realm, that’s the key. The Quantum Realm plays an important part in all the next chapters, I think, of the Marvel films.” 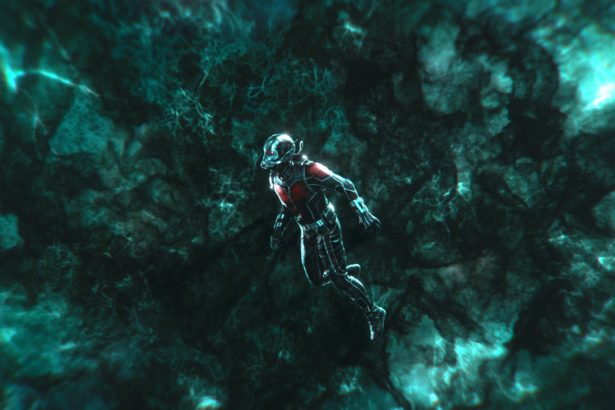 All of them? That would be a surprise. Avengers 4Â and the potential sequels for Doctor Strange and Ant-Man and the Wasp all seem like the natural places to get our Quantum on. The rest of the Marvel movies? Not so much, unless there’s something even more significant coming than just undoing Thanos’ grand design.As for Avengers 4, we’re not gonna pretend we didn’t see the set pictures that appeared to recreate the Battle of New York from the first movie…with Paul Rudd’s Ant-Man added to the mix. Scott Lang was warned about time vortexes in Ant-Man and the Wasp. Another possibility is that the multiverse itself will come into play, which could give the Avengers even more backup in the battle against Thanos.How important do you think the Quantum Realm will be in Marvel’s next phase of films? Snap your fingers and leave a comment below!