See a Seashell's Interior Thanks To a Gorgeous Metal Casting - Nerdist

See a Seashell’s Interior Thanks To a Gorgeous Metal Casting

In olden times, people who poured molten metal to craft exquisite creations usually just made weapons. And these days, they still do. Even though those weapons are usually Game of Thrones or Lord of the Rings replicas made to hang on your wall. Or maybe something an employee wields for our amusement while jousting at Medival Times. But sometimes, they make beautiful things that are a perfect way to celebrate summer.

Thanks to Laughing Squid, we’ve discovered a video from metal worker and artisan Seth Robinson of the Robinson Foundry. In the video, he conducts an experiment in which he pours molten aluminum into a seashell. A large spiral marlin spike shell, to be exact. All to create a perfect casting of the shell’s insides. You can check out the final results of this experiment in the video right here. And we must say, it looks pretty stunning.

According to the video notes, Robinson describes his project fairly plainly, saying, “I started with a Marlin Spike seashell and made a simple sand mold. I then melted aluminum in my DIY home foundry and poured it inside the shell. I then broke the casting out of the shell and cleaned it up. This was a fun project, and I may revisit this idea in the future.” 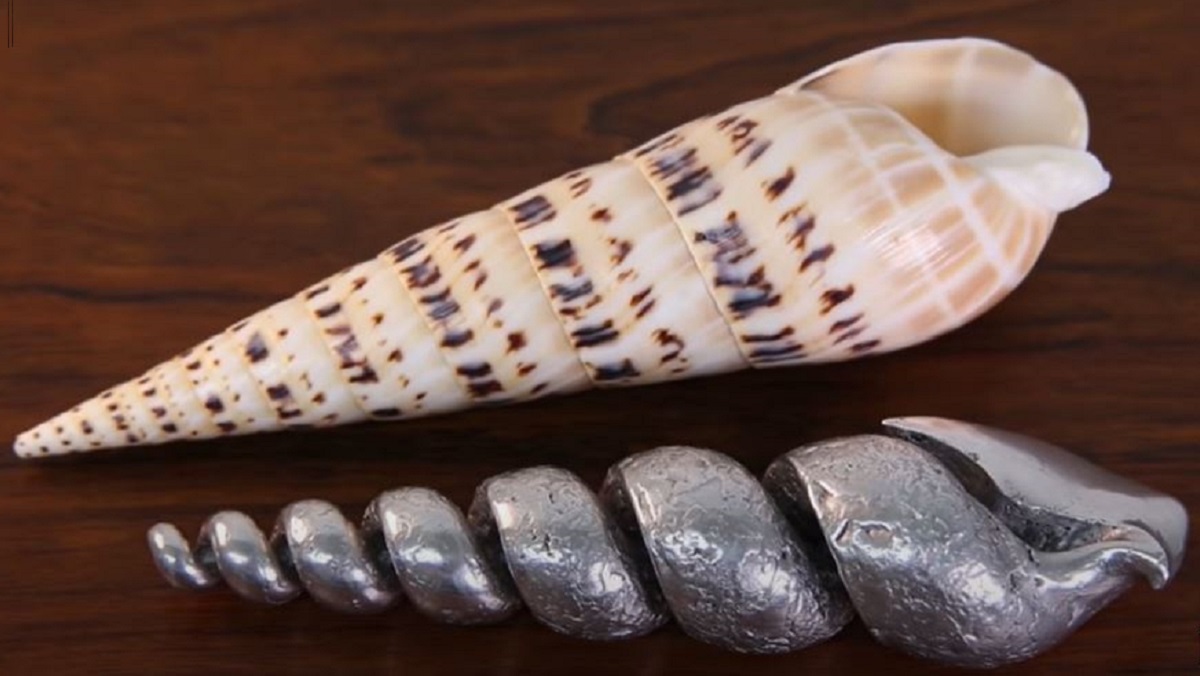 If you enjoyed that video, then you’ll want to check out similar ones from Seth Robinson. Among his other videos are some amazing projects. There are some velociraptor claws cast in bronze for all you Jurassic Park fans. And if Star Wars is more your cup of tea, there is a truly fantastic aluminum casting of a Death Trooper version of a Stormtrooper. There’s even a bronze version of the Poop Emoji. Because sure, why not? You can check those out and many more by heading to the Robinson Foundry YouTube channel.