Behind the Scenes of MEN IN BLACK: INTERNATIONAL's Jaguar Full of Guns - Nerdist

Behind the Scenes of MEN IN BLACK: INTERNATIONAL’s Jaguar Full of Guns

If you’ve seen the trailers for Men in Black: International, chances are you were wowed by one extremely rad sequence. Surrounded by some off-camera villains, possibly of the extraterrestrial variety, Chris Hemworth’s Agent H and Tessa Thomson’s Agent M deconstruct their company Jaguar, which is loaded with an impressive amount of shiny MIB guns and weaponry. On my recent visit to the London set of MIB: International, myself and a small group of press learned more about these special props, and even got to try them out ourselves!

“There is a sequence where basically H and M get into a fight on the London streets,” explains Pierre Bohanna, the prop designer for the film, “and their personal weapons are not really cutting the mustard.” Instead, they pull apart H’s car, which is loaded with weapons in all sorts of hidden compartments in places like the sideview mirror and the gas tank.There’s even a gun rack that slides out of the break lights. 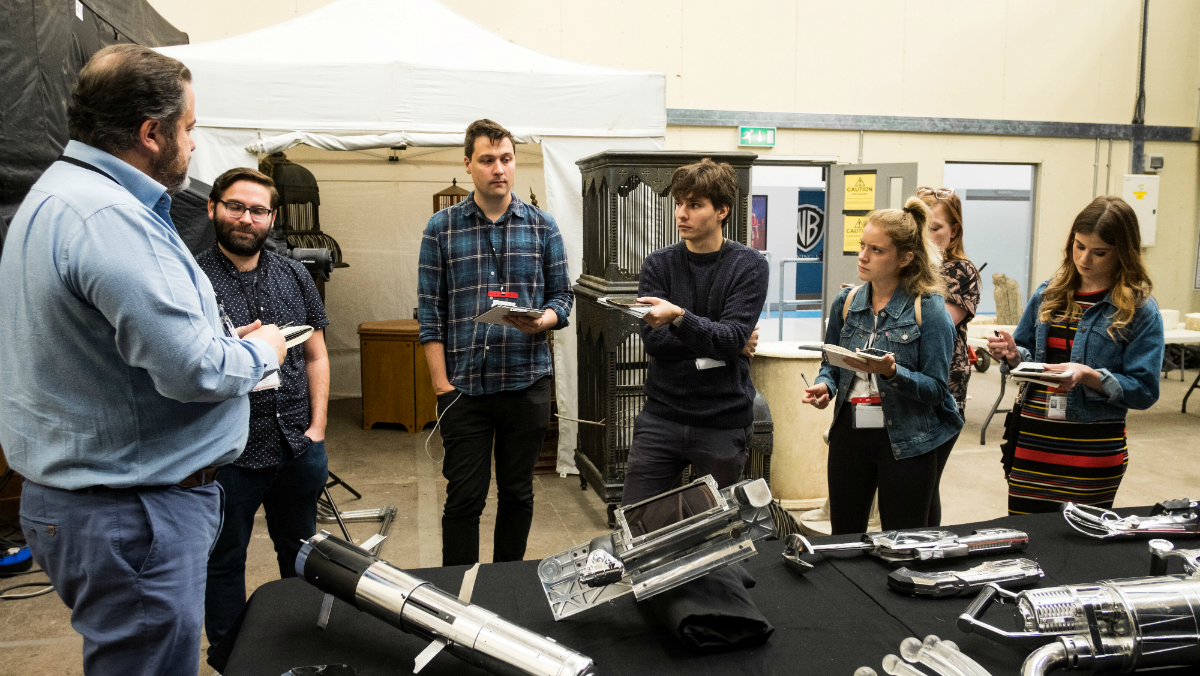 The pair cycles through the car’s various weapons, starting with small handguns, working their way up to the biggest. For H, that’s a giant gun with a hubcap magazine, and for M it’s an exhaust pipe gun that she shoots “like she’s Arnold Schwarzenegger,” according to Bohanna, holding it from the bottom and blasting away like a boss. There are even more secrets in the Jaguar, but we’ll save that for the movie’s release.

We were able to take a look at the various weapons created for the film, which were lain out on a table and which Bohanna described to us in detail before letting us pose with our favorite. The Jag weapons were surprisingly heavy, which was part of their functionality in the film, adding to the realism for both the viewers and the actors.

For Bohanna, designing props for the film was a unique and interesting challenge. This is a different sector of the MIB world than we’ve seen onscreen before, since it’s set mainly in London, and not the New York City of the previous films. That meant an opportunity to create new designs, while also paying homage to familiar weapons from the past. Bohanna confirmed, for instance, that the “ noisy cricket” firearm from the first film will make an appearance in International, too. 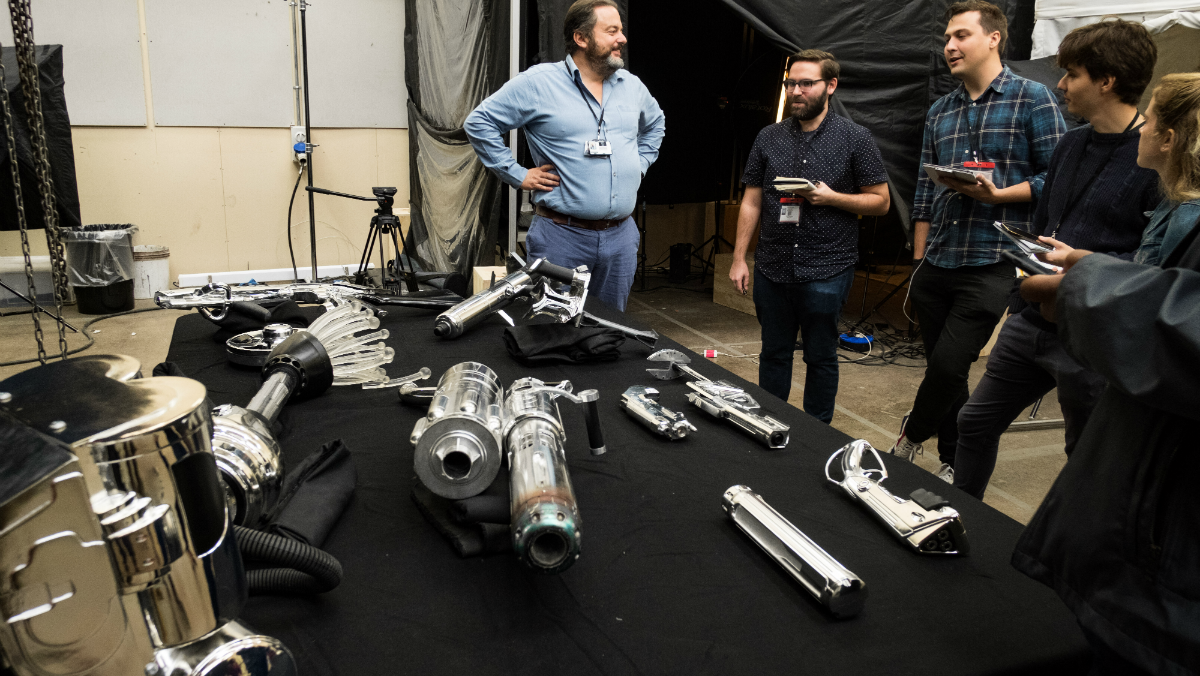 The weapons in the film are only one aspect of the action. We were also able to sit down with famed stunt coordinator Wade Eastwood, perhaps best known as the stunt guy for the new Mission: Impossible films. (He’s the guy who trained Tom Cruise to hang off a helicopter in Fallout.) He explained the specific skills both Thompson and Hemsworth brought to the table, and discussed training Hemsworth specifically for the driving sequences.

“He picked it up like ridiculously fast,” Eastwood explained, noting that while Hemsworth has done a ton of action stuff, driving stunts were new to him. Through their training, both in driving and elsewhere, the two developed a physical language for the character of H. “Actors get a lot more influence [on their characters] these days,” Eastwood said.

Both Bohanna and Eastwood referenced a set of characters known as “the twins,” but details about them were kept mostly under wraps. Bohanna implied that they’re the villains H and M are fighting in the Jaguar sequence, and Eastwood spoke of their “synchronized” training, but who they are and how they fit into this sequence and the movie as a whole remains a curiosity—one we can’t wait to discover when Men in Black: International hits theaters June 14, 2019.